Written and Directed by Alexandre Bustillo and Julien Maury

Aux yeux des vivants is the newest film from the French extremist duo Alexandre Bustillo and Julien Maury. Their best known film, À l’intérieur, ushered their misanthropic and violent vision to genre fests across the world and became a much discussed entry in the new brand of horror and genre cinema emerging from France. Ignoring the film’s tenuous political commentary, it is transgressive in more interesting ways than American “torture porn” of the time. For better or for worse, the film is an assault on both the senses and sensibilities of even the most weathered horror fan, and puts into question our attraction to a genre that has so much potential to transgress and yet more often serves to pacify. Their follow-up film Livide was far less seen, and divided audiences far less on it’s excess than in it’s tonal and narrative inconsistencies. Aux yeux des vivants, a pseudo re-interpretation of À l’intérieur unfortunately falls even deeper into the realm of incomprehensibility and poor technical and writing choices.

Beginning with a prologue who introduces Béatrice Dalle – the queen of French horror extremism – Bustillo and Maury ambitiously reference their own work, by featuring her once again pregnant and ready to burst from the seams. The context and early tone is altered however, the scene and universe set by a strange television documentary describing medical and birth defects amongst children of war veterans. Dalles’ lover and the father of her unborn child watches, occasionally demonstrating himself to be a monstrous embodiment of misogyny and macho posturing. The sequence quickly escalates to violence, as Dalle becomes the aggressor and in a reversal of roles from her character in À l’intérieur, she literally and allegorically turns the violence on herself and the family unit. This sequence, which demonstrates the best and the worst of the filmmaker’s talents situate the film’s context as being strangely rooted in the world of science fiction. While this thread will return as the action and horror begins to gain speed later in the film, it will never be fully integrated and feel more conceited than meaningful.

From this point on, we are introduced to our real protagonists, a group of rebellious boys in their early adolescence. Early scenes justify the comparison many have made to Stephen King’s Stand by Me, as the boys antics seem as fuelled by instable family units as it is a desire for adventure. These early moments have their virtues, in particular as they take characterization of adults to absurdist extremes. This cements the fact that this film is meant to be seen from the point of view of the children, and not necessarily to be taken literally. A good idea gone horribly wrong, much of the film’s later laziness and inconsistencies were perhaps ignored or even included based on this premise. The film becomes one of the poorest examples of point of view filmmaking in recent memory.

Aux yeux des vivants is not without it’s good ideas and one of them is to set the initial horror setting in an abandoned film lot. Offering a similar eeriness to an amusement park, there is the added charm of it offering a meta-texual angle of the artifice of art to proceedings. Setting scenes of irrational violence in a film lot immediately sheds question on their credibility: Cinema is not an artform of truth, it is one of lies. This idea is presented on the most superficial level, but remains one of the film’s strongest points. Though not without initial problems, it is really at this point in the film that nearly all narrative and character logic is thrown out the window. Pushing credibility to illogical extremes the movie begins to unravel very quickly.

The second half of the film re-integrates the science fiction element and becomes a slasher/home invasion film. Though not without horrific elements (rooted more in extreme violence than suspense or ideological confrontations), the film loses almost all credibility due to both lazy writing and filmmaking. Characters either have impossible extra-narrative knowledge that they could not possibly ascertained through the confines of the narrative or plot, or they behave so idiotically that there is no possible way that they may gain our sympathies. Beyond poor character writing, the film also makes bizarre jumps in temporality and space. This only touches the surfaces on the film’s illogical mind-space, which also does not seem to understand how the justice system works (or conversely, does not properly translate that the police force is meant to be understood as corrupt or inept). It also fails to establish a credible mythology and ultimately ends on a note so poorly conceived that it is almost incomprehensible that not a single person involved in the making of the film questioned its inclusion.

Aux yeux des vivants not only ranks as among the worst films of the year, but perhaps is a sign of the final death blows to the New French Extremist movement. While the movement has never been defined clearly in terms of chronology, at this point much of the film’s greatest films and filmmakers are nearly a decade behind us. It can even be argued that À l’intérieur, released in 2007, was one of the last true films to embody the cinema so associated with the literal and figurative deconstruction of the body – especially as it is connected to late 20th century and early 21st century concerns. Aux yeux des vivants is tenuously connecting it’s science fiction elements to biological and chemical warfare but it lacks immediacy or strong context. Horror has always had a power to tap into our biggest societal fears, but it is more than just a matter of a quick reference. It is about capturing a spirit of unrest and uncertainty, and contextualizing it within a narrative that offers both reassurance and unbalance. The great horror films bring our fears to the forefront through metaphor and offer temporary closure before destabilizing us once again. While the surface of narrative, cinematography and characterization reveal only part of the horror, it is also what holds the ideas together. Aux yeux des vivants is an example of a film that never had a chance because it fails on this most basic surface level. 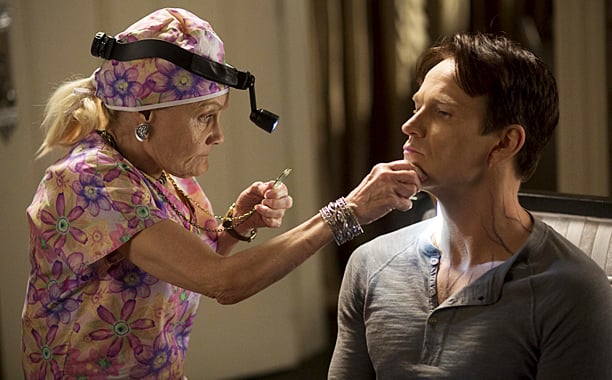 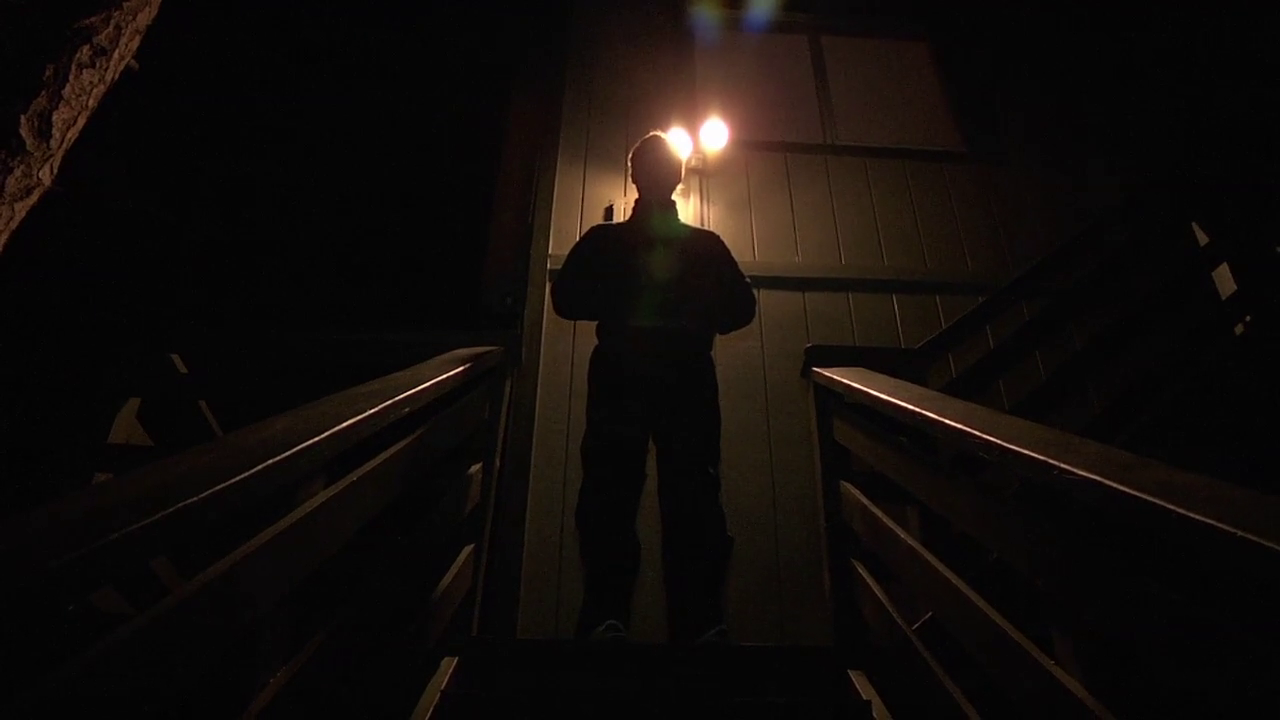