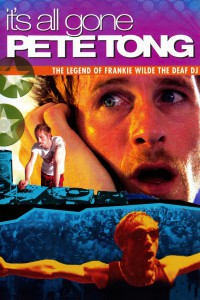 Written and directed by Michael Dowse

The term ‘mockumentary’ is used whenever a film comes along employs the familiar storytelling techniques typically found in documentary filmmaking but for a piece of fiction, specifically comedy. In other words, a parody of a documentary. Talking heads played by actors, characters interacting with the camera, such tropes, hallmarks of documentaries, are turned on their heads as everything in the mockumentary is in actuality a construct of screenwriters and a director and played for giggles. Certainly one of the more fondly remembered examples is the hilarious This is Spinal Tap, the Rob Reiner picture that follows the trials and tribulations of the titular fictional heavy metal band. Few other mockumentaries have ever reached the same heights of verisimilitude to actual documentaries. In 2004 Michael Dowse took his own stab at the genre, so to speak, with It’s All Gone Pete Tong, a film that earned its share of praise upon release, making one of the few English-language Canadian films of recent memory to make a mark among the public and critical community.

Settled comfortably on the perennial party island of Ibiza, Spain, iconic DJ Frankie Wilde (Paul Kaye) lives a life befitting of his family name. Loud and obnoxious, Frankie delivers the goods to his adoring fans by pumping out insane beats at legendary concerts whilst consuming a dangerously unhealthy amount of drugs and alcohol. As fame and fortune have gone to his head, so to has his hearing begun to deteriorate, much to the chagrin of the people making hefty sums off of his success, such as agent Max Hagger (Mike Wilmot) and record label CEO Jack Stoddart (Niel Maskell). When completely deaf and divorced from his supermodel wife (Kate Mogowan), Mike must discovery a new path to a different chapter in his life, a path that he shall pave with his lip reading instructor Penelope (Beatriz Batarda).

It isn’t very difficult to fathom why It’s All Gone Pete Tong was well received back in 2004 and is still cited as of one of the better films to emerge out of Canada in the past decade or so (although to be fair, it features few Canadian actors and its story is set overseas). It has its funny moments, features a story of redemption that most can find a liking to, looks very handsome thanks to the Ibiza setting, and frequently gets rocking via a pleasing soundtrack. All of those qualities are undeniable strengths, perfect reasons for the film to earn the admiration of its fans.

In fact, notwithstanding the fact that Michael Dowse’s movie delves into some harsh material, such as substance abuse and as its characters utter profanity, It’s All Gone Pete Tong is, when one looks past its stunning geographical setting, a rather run-of-the-mill tale of the rise and fall (and rise again, somewhat) of an influential individual who never understood or appreciated what he had until it left him. There is no question that that is a valuable message, one most people fail to take to heart in real life despite how meaningful it really is. It has been told before in a bevy of feature films throughout the years, and while that in of itself is not reason to criticize the film, the fact of the matter is that is never strives for much that would otherwise distance it from the pack. What it does it does well, a commendable quality, but is also a film that might have trouble sticking with some once the party is over.

One of the issues that might have elevated the endeavour to greater heights is a more confident usage of the aforementioned mockumentary technique. It’s All Gone Pete Tong has trouble deciding just how far it wants to go with the joke, offering a decent assortment of talking head interviews, sometimes with actors and other times with actual personalities of the disc jockey community (although if one is unfamiliar with this world, they will probably not recognize any faces), among them the actual Pete Tong whose name is jokingly used in the film’s title. None of the artists contribute much to the story, spewing obvious lines about how phenomenal Frankie Wilde was, how fantastic his concerts were and how incredibly shocking his downfall was. One assumes that none of them are provided with pithy lines primarily because, as non-actors, their delivery would be a little wonky and land flat. The actors featured in the talking head segment spruce matters up a bit, chief among them Niel Maskell as record label CEO Jack Stoddart, who nonchalantly admits incredibly frank and arguably quite hurtful thoughts on the Frankie Wilde saga (‘’I’ve made harder decisions than dropping the deaf DJ.’’). 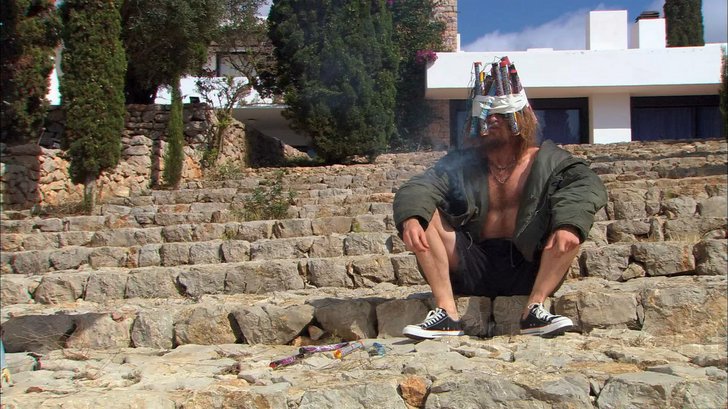 Apart from these brief interludes with interviewees, Pete Tong resorts to an Arrested Development style of presentation, wherein someone may be filming all the action, but viewers would be hard pressed to truly know of the cameraman’s presence. As such, the movie squanders some potentially biting satire via the documentary format, leaving it somewhere in a no man’s land as it never fully commits to mockumentary or a more traditional fictional storytelling style.

As far as the performances are concerned, everybody is accomplishing what it asked of them. Paul Kaye evidently relishes in playing a snobbish music artist completely full of himself, and completely oblivious to any behaviour that wold be considered even remotely decent, injecting the role with the requisite vim and verve. The passage during which the character struggles to adapt to his new physical handicap is played pretty much how one would expect, with Kaye speaking at higher pitches than anybody else to compensate for the fact that he can no longer hear himself. It can be argued, however, that his strongest work comes in the latter stages after making the acquaintance of Penelope. Once she teaches him some of the basics of lip reading (why he commits to lip reading courses and not sign language is never explained, but the twist is appreciated), Pete recognizes the preciousness of being able to communicate to another human being despite the loss of his hearing. Director Dowse and star Kaye nicely communicate the newfound ebullience and modesty in this once troubled individual. Some praise should also go towards Beatriz Batarda as Penelope, who creates the most interesting character in the movie: despite her own handicap, she is a normal girl who enjoys having fun. At the same time however, her handicap enables her to help others in need, opening their minds to a different appreciation of life.

In all honesty, It’s All Gone Pete Tong does not do much wrong. It plays its cards effectively for the most, it’s just that it never appears to aim for anything greater than a redemption tale, the sort many cinephiles have seen time and time again. Yes, the concept of the deaf DJ is clever, but ultimately the film feels a bit too comfortable managing modest goals. Michael Dowse’s film is a serviceable, decently enjoyable comedy with a nice conclusion that doesn’t quite go the way some would guess. Like a lot of techno and house music however, it sound rather familiar after a while. 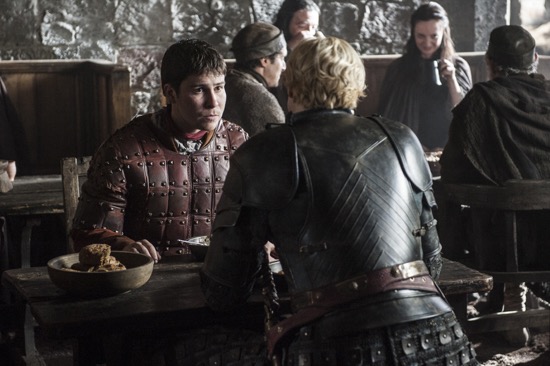 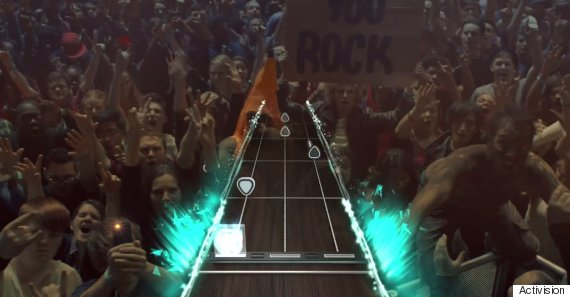