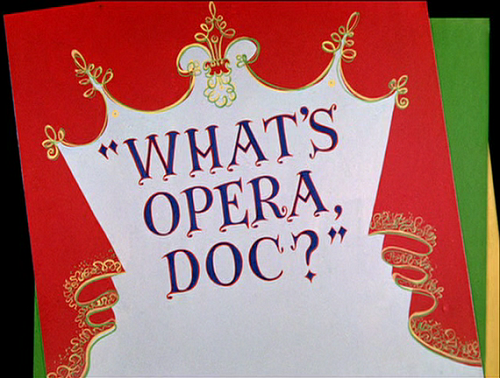 The connection between music and animation is an incredibly close one. In 1940, Walt Disney pioneered with his first animated full-length feature, a musical telling of Snow White and even before, cartoons were common in movie theaters, rounding out the double bills along with newsreels and comedy shorts. For decades, audiences watched shorts this way and several studios duked it out for cartoon supremacy, from Disney (Silly Symphonies) to Warner Bros. (Looney Tunes) to MGM (Tom and Jerry). For the generations raised on the radio broadcasts of Toscanini and the NBC Symphony Orchestra, classical music was a common and valued source of entertainment and so it was a natural choice for animators as inspiration for some of their greatest cartoons. With the rise of television, however, shorts became less and less popular and prevalent in movie theaters and it seemed they may become like so many great classic films- underseen and undervalued as fewer and fewer audiences were exposed to them.

Fortunately, with TV came endless hours in need of programming and with cable came endless channels looking for a way to distinguish themselves and in the late ‘80s and ‘90s, short-form animation came back in a big way, finding success in syndication. Steven Spielberg teamed up with Warner Bros. to create Tiny Toon Adventures, a half-hour series based on the classic Looney Tunes characters, Hanna-Barbera made Tom and Jerry Kids, and all of a sudden, Saturday mornings looked really familiar to parents who’d grown up on the original versions. And then, thanks in part to popularity of these shows, the classics started popping back up as well. 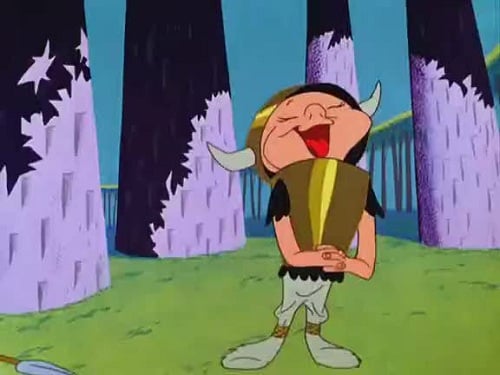 I didn’t have cable growing up, so I missed out on many of the cartoons people around my age loved: Doug, Rugrats, and Ren & Stimpy, to name a few. But in the Chicago suburbs, channel 26 (WCIU) did show plenty of Animaniacs and Darkwing Duck and every now and again, when they saw it coming up, my parents would sit me down to see one of the great shorts below. They’re colorful, creative, and incredibly fun and while, yes, as a kid studying violin and piano they perhaps spoke to me more than some of my peers, their humor and ingenuity makes them accessible to viewers of all ages. Rather than enjoying these cartoons because I was studying music, I think it went the other way- these great shorts developed and deepened my love for classical music and showed me how fun it can and should be.

Classical music has been declining in popularity for a while now. At some point, it went from the pop music of its day, something you’d hoot and holler after, to something perceived as the province of the overeducated and entitled (heaven forbid you applaud at the wrong time!). Of course, some of the most popular and memorable American music is classical (How many John Williams themes can you hum?), but there’s a sense that audiences need to be tricked into listening to it, as underscoring to a film or even a commercial, and that it’s not accessible and certainly not cool. This relationship to classical music is a construct of recent years and something we need to get over as a society before it slips even further into cultural obscurity. I can think of no better way than by re-embracing classical music, as these shorts unabashedly do, and sharing the joy they can and do bring. So, without further ado, here are 10 great animated musical shorts that revel in the fun and creativity of music.

This is one of two appearances on this list of Hungarian Rhapsody No. 2 by Liszt (Warner Bros. and MGM actually sued each other for plagiarism when both shorts came out the same year). The piece is an incredibly popular and challenging work so it’s not surprising to see it chosen. With Bugs’ initial gloves bit and his early carrot break and many more gags, the cartoon has a lot of fun with Liszt’s rock star persona. However with Bugs acting a bit out of character and mean-spirited, it’s not one of the best to feature the character, putting it low on this list. This was the first cartoon to air on Cartoon Network when it went live on October 1st, 1992.

This one is great if only for Bugs’ turn as Maestro Leopold Stokowski. Looney Tunes always does a great job with their conductors. Trust me when I say this animated bunny is more expressive and followable as a conductor than many actual people. It’s also a lot of fun for its takedown of the singer’s pretension- clearly he knows the songs Bugs is jamming to at the beginning. Note that Bugs doesn’t have any problem with the aria or musicians (“Largo al factotum” from The Barber of Seville by Rossini, of which The Marriage of Figaro by Mozart is a sequel and which also appears twice on this list)- he’s just out for revenge for his busted guitar and harp.

Tom and Jerry’s chase through the orchestra pit during a production of Carmen makes for great fun and a wonderful introduction to some of the most famous themes of the opera. We get another great conductor here with the scowling Maestro before Tom takes over. The ants are a nice touch too, taking the orchestra through a number of popular American songs in the middle of the short. It may not have the consistency of some of the others, as it jumps around through the piece with not much of a narrative through-line, but the fun the audience gets from Tom’s panic more than makes up for that.

7. Tom and Jerry at the Hollywood Bowl

Tom and Jerry conduct the Die Fleidermous overture and, again, do a surprisingly good job on a challenging piece (when they’re actually conducting). It’s great to see such attention to detail from the animators! As with Long-Haired Hare, musicians could probably follow them pretty easily, and they tend to be right with the orchestra. Unlike in Carmen Get It, there’s a strong sense the only animosity between the two is that they both want to be able to conduct- they both clearly love the piece. There can only be one conductor, though, and of course the conflict escalates to ridiculous levels. It’s this love for the piece and desire to do it justice (which leaves Tom running around desperately at the end) that makes this short stand out.

Brahms would probably roll over in his grave to see his Hungarian Dances adapted into programmatic music, but this colorful and fun adaption of the Three Little Pigs story is great nonetheless. The music is evocative and used well to tell a clear, if silly, narrative with plenty of added chases included for little reason besides allowing the audience to hear more of the great music. The various Hungarian Dances are intertwined well, if not seamlessly, and serve as a lovely introduction to the work of Brahms.

5. The Cat Above and the Mouse Below

This short, which marks the second appearance on this list of “Largo al factotum” from The Barber of Seville, is particularly notable for its inclusion of most of the aria. Unlike the earlier operatic shorts, which were interrupted by various events and other music, this short sees Tom and Jerry combatting within the aria. The premise is simple- Jerry lives under the stage and Tom’s singing is disturbing his sleep. As ever, the conflict escalates, but it does so without stopping the music. The vocals are great and, rather than repeating the famous, “Figaro! Figaro! Figaro!” section, we hear a wider range of dynamics, emotions, and tempi without losing the conflict.

This selection is a cheat, yes, as it centers on vaudeville standards rather than classical music, but much as animated shorts introduced a generation to classical music, they introduced me to these standards, not to mention any number of classic film stars like Peter Lorre and Edward G. Robinson through the caricatures of them that would appear here and there. Again, we have fun music and great storytelling throughout as well as a clear and engaging narrative. Plus “Largo al Factotum” once again makes an appearance, making it technically eligible for the list (and, as we learned from Futurama, technically correct is the best kind of correct).

The second appearance of Liszt’s Hungarian Rhapsody No. 2 is for this fantastic Tom and Jerry short. As expected, due to the dual suits between Warner Bros. and MGM, this is very similar to “Rhapsody Rabbit”, however, this is the more creative and inspired of the two. The use of the internal construction  of the piano is great, from the hammers to the strings. Also interesting is that Jerry initially is supportive of Tom, rather than antagonistic, even after being awoken. Both clearly have an affinity for the piece and it’s just Tom’s pretentious scorn towards Jerry that gets him into trouble. As with “The Cat Above and the Mouse Below”, their conflict doesn’t get in the way of the music. Rather it drives the music, to great comedic effect.

One of the seminal Looney Tunes cartoons, this works, much like the Tom and Jerry musical shorts, by using Bugs Bunny and Elmer Fudd’s conflict to drive the story. Based on the overture to The Barber of Seville, this short invents lyrics for both characters that are great, but it isn’t overly dependent on them, dropping them once the chase gets underway. It’s classic mickey mousing, with the actions on screen being mimicked in the music, or in this case, determined and propelled by the music. The meat of the short, Bugs outwitting and messing with Elmer Fudd, works wonderfully as silent comedy with shoutouts for music lovers thrown in that never distract from the larger story (a particular favorite being the Marriage of Figaro Act 2 mention). It’s one of the absolute best, only topped by…

A simultaneous love letter to and parody of opera, particularly tragic Wagnerian opera, this short is great for its creativity, both comedically and musically. The music is a combination of themes from Wagner’s Ring cycle, most memorably the Ride of the Valkyries. Even putting aside the great music, which, as in all the shorts on this list, is performed excellently, this is particularly successful for its encapsulation of the Bugs Bunny and Elmer Fudd dynamic. Elmer Fudd’s opening line here is a repeat of his first line in “A Wild Hare”, the first official Bugs Bunny cartoon, and his final is a repeat as well. “What’s Opera, Doc” hits every beat of their now-familiar story, from initial confrontation to gender-bending distraction to discovery and final (seemingly) lethal confrontation, from which Bugs escapes, even if Elmer Fudd doesn’t realize it here. It’s fantastic, efficient storytelling made all the better by this great music and the unforgettable, “Kill the wabbit!”. This is truly a classic of animation and a wonderful way to introduce people of any age to comedic and dramatic musical storytelling. 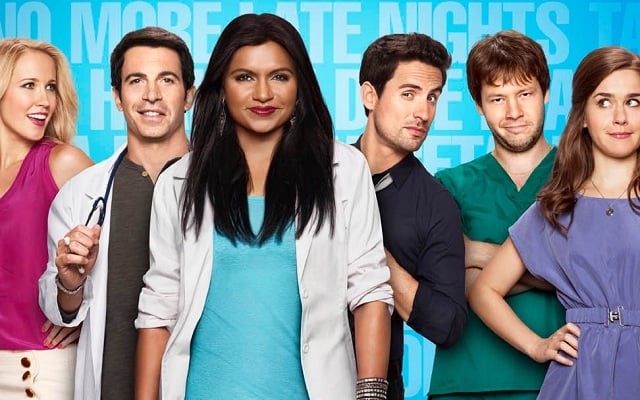