iZombie went into the winter break with a number of significant changes, from Clive deciding to no longer bring Liv out to the field with him to Ravi discovering that the zombie cure he’d formulated was only temporary. This week’s episode looks into how the characters cope with these new pieces of information, revealing some interesting twists to the season’s storylines in the process.

Major and Vaughn’s powerplay against each other continues to be a fascinating aspect of the season. Major has clearly learned his lesson from his attack on Blaine and the Meat Cute, and his deliberate, methodical turn against Vaughn is a clear indicator of what a formidable opponent he’s become, something Vaughn was clearly not banking on when he blackmailed Major at the beginning of the season. With Vaugh now bugged, and Major thus privy to the conversations being had about him, the latter is now seemingly very close to implementing whatever long-term plan he has in mind, and what it is will be interesting to see. Major has several options at this point; he can either choose to use the information he has on Vaughn to blackmail him into backing off Liv, or he could take the opportunity to try and have Vaughn removed from Max Rager, a plan he may find Gilda helping him in. The other option Major has is to awaken the zombies and use the recordings of Vaughn to not only clear his own name, but gain new allies, a plan that would seem to be in line with his apparent decision to go after rich zombies who are influential in the business world. Gilda, however, remains the wild card in this whole equation, with her alliance to Vaughn also suspect, and how she affects the plans going forward, or if she finds out Major’s secret before he reveals it, will be intriguing to keep an eye on. Ravi’s reveal of the cure being temporary, as well as Bozzio’s reveal of Minor having a GPS tracker both are significant game-changers for Major’s plan as well. 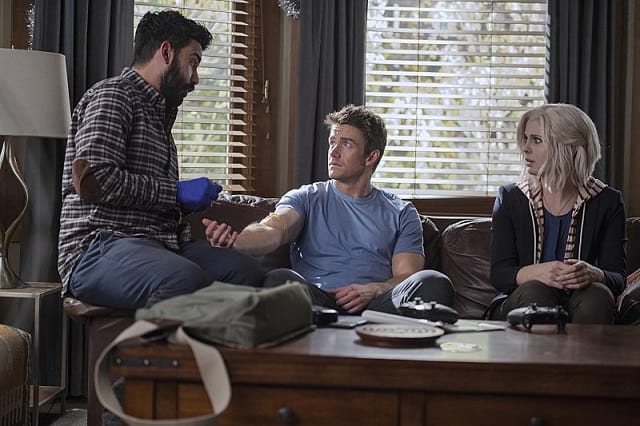 It’s also good to see Clive and Liv reconcile with each other. While the importance of solving crimes and atoning for eating brains is clear with Liv, it’s not a one-way relationship, as it’s clear that Clive also enjoys working with Liv more than anyone else, save for perhaps Agent Bozzio. Given that he genuinely sees Liv as a friend, as evidenced by the fact that he brought his own cooked food when he was suspended, cutting Liv out of the investigation process was painful for Clive as well. Having Liv around makes Clive’s investigations more successful, and keeps him from having to interact with the members of the department who don’t like him, so there’s a professional interest to the return as well. Given that Liv is on a shorter leash this time around, however, Clive’s potential reaction to the news that Liv is a zombie is now more unpredictable. Putting aside the fact that Clive finds the ideas of zombies inherently creepy, at this point Liv has already betrayed his trust once, and he has gotten past it and welcomed her back to the team. Finding out Liv is a zombie would not only upend his worldview, it would once again be a betrayal of his trust, and he’s less likely to recover from it so quickly a second time, if at all. While Liv has been careful, Clive and Bozzio are closing in on both Major and Blaine, and the latter would be only too happy to give up Liv to save himself. How she deals with these situations, and how it affects her relationship with Clive, will be worth keeping an eye on, especially as Clive continues inching closer to the truth.

Overall, this is an entertaining return for the series. The look into a fictional zombie show set in a high school is an amusing turn for the show, particularly in seeing fully made-up zombies out of character, and Rose McIver’s comic talents are evident once again. Having Blaine end up in the crosshairs to be blamed for Major’s supposed crimes is an interesting inversion of the early part of the season, where Major ended up on Clive’s radar for the Meat Cute. How Blaine deals with this situation will be intriguing to see. On one hand, his ruthlessness has been evident numerous times during the series, but an FBI agent mysteriously disappearing after making contact with him is likely to be a risky proposition, especially with Clive also on the case. The question then becomes whom Blaine will contact to make this go away. It’s likely he may lean on Liv once again, which would not only alert her to the fact that Clive is close to uncovering the truth about zombies, but would also put her in the conundrum of considering how badly she wants to see Blaine be punished for his crimes, especially remembering the fact that he shot Lowell in cold blood. However, Blaine may choose to use other avenues to lean on Bozzio, which is likely to make her, and by extension Clive, only more adamant to uncover the truth. How these storylines turn out promise to make for an interesting watch as the season continues.