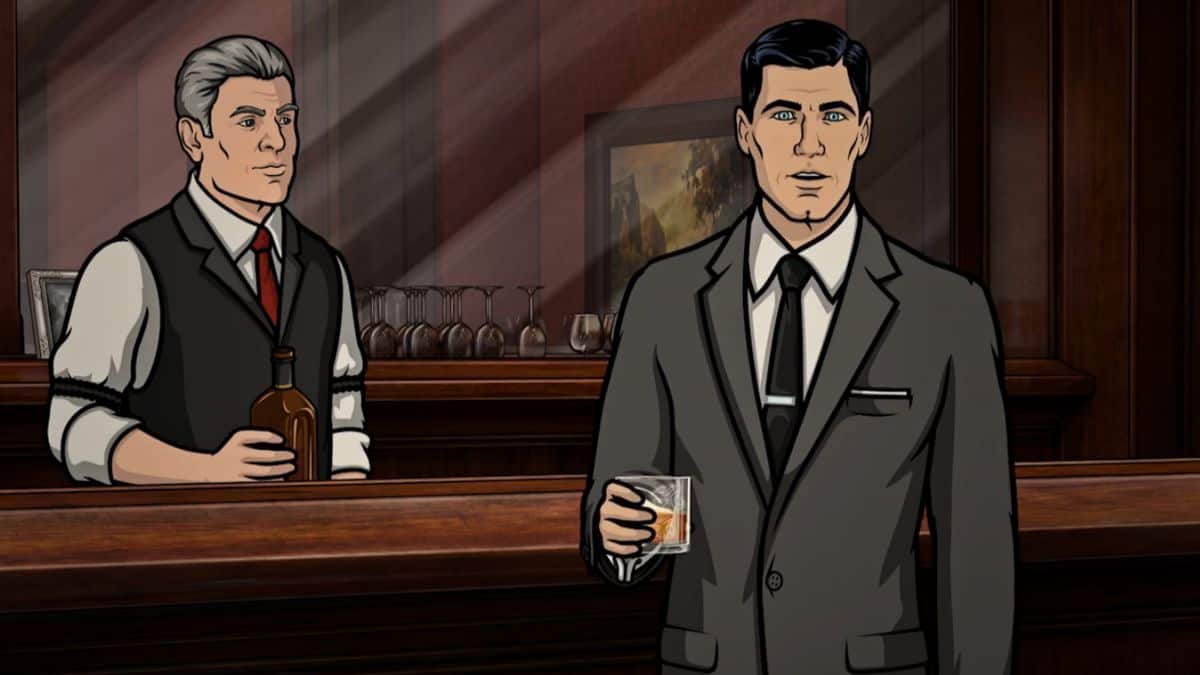 Adam Reed’s Archer was created with the express purpose of poking a bit of fun at the well-worn tropes of the spy movie genre, the poster boy for which is undoubtedly the Bond franchise. That’s how it started, anyway. Long running franchises have a tendency to mutate over time, and over the course of 6 (soon to be 7) seasons, Archer‘s scope has widened from a simple spy parody to include everything from Miami Vice style 80s crime shenanigans to a crossover with animated sitcom Bob’s Burgers. And yet, the series has never strayed too far from its roots as a show about a swaggering, oafish American analogue to Britain’s favorite secret agent, and in a new promo Archer takes some time out from his busy schedule to review a host of Bond movies. Not every single one, mind you. In fact, he barely touches on half of the Bond canon.

But still, watching Archer, expertly voiced by H. Jon Benjamin, finally take on the Bond franchise head-on is a lot of fun, and it only makes me wonder what a Bond/Archer crossover would actually look like. Surely MGM and Cartoon Network could come to some kind of friendly agreement? Maybe they could use it to introduce whatever poor fool they find to fill the tuxedo for the next round of films, now that Daniel Craig seems definitively done with the series. Just think of it, Bond putting the moves on Lana Kane, only to be pulled aside and given a verbal dressing-down by Malory? Or who knows…maybe she’d be interested in a different kind of dressing down. It IS Bond, after all.

Anyway, you can check out the video, via Entertainment Weekly, below.