There is a wave of nostalgia and sentimentality sweeping through the gaming world as of late, evidenced by the release of titles such as Unravel, That Dragon, Cancer and Oxenfree. Games like these are giving players a chance to peak through a different kind of lens, a lens which focuses on emotional healing and resuscitates the memories of our youth. Joining this movement is Knights and Bikes, the charming debut from indie studio Foam Sword. If the game’s art style gives you a sense of déjà vu, it’s probably because Foam Sword co-founder Rex Crowle was the creative lead behind the likes of Tearaway and Tearaway Unfolded.

Blending the magic of the SNES era with a modern age action adventure RPG, Knights and Bikes tells the story of two kids who set out on a journey to save an island that is headed toward financial ruin and destruction. Following an abysmal tourist season, Penfurzy’s adult population has inexplicably become overrun by malevolent spirits, leaving any chance for salvation in the hands of two ‘overlooked heroes’; Nessa is an orphan searching desperately for the meaning of her past and her identity, a sharp contrast to Demelza, a video game fanatic who wears a power glove in honour of her favourite game. The year is 1987. A long forgotten serenity is exhaled in their breaths, yet to be tainted by the harsh realities of growing up. Perhaps it is fate that brings these unlikely companions together through their desire to explore their surroundings and uncover the truth, but they also share a bond which exists on an entirely different dimension: being a child.

Nessa and Demelza have neither shields nor swords to use in battle against the adults, but that doesn’t limit them. They are privy to another world with different kinds of strengths invisible to their elders. Access to this world grants them special abilities such as splashing enemies with mud, hurling frisbees, hacking video game hardware and building a lance to engage in adrenaline charged bike jousts. Together they must cycle their way through the ominous wilderness, collect treasures, and upgrade their skills in preparation for the gruelling bosses. But they’re not entirely alone in their struggle. Accompanying them are Captain Honkers, a goose with an insatiable appetite for seaweed and a heightened olfactory sense, and a detached head who goes by the name Pickled Knight. Besides the developers’ quirky sense of humour, Knights and Bikes wants to communicate another more personal message to players.

One of the main objectives in a game like Knights and Bikes is to capture the essence of childhood, and the blissfully innocent expression of the young mind. For Foam Sword, who drew inspiration from a range of different works including Secret of Mana, EarthBound, The Goonies and E.T., it is truly a ‘dream project’. But there’s something embedded within this co-op adventure that gives it a more human edge. At some point or another, we all try to figure out who we are, and where we fit in the grand scheme of things. We question things, we make mistakes, and we pick ourselves up to try again. Nessa and Demelza’s friendship is reflective of the human condition. It echoes the highs and lows of relationships, which in turn affect life, and in this case, gameplay; when Nessa and Demelza argue, their attacks don’t hold the same power. Foam Sword is urging us to realise the value of working together, because in a distorted world where fact and fiction collide, friendship is king. 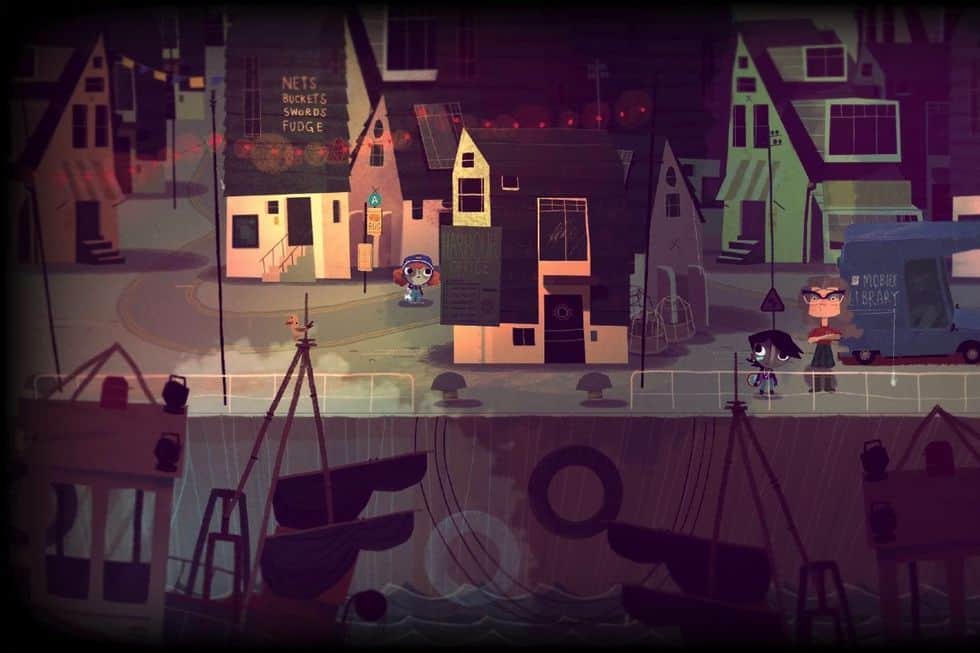 The beautifully angular characters and 3D hand painted environments in Knights and Bikes belie a deeper premise. Mimicking the experiences of Crowle’s childhood, they look equal parts Broken Age and Jenny LeClue. It’s a cartoon world with puppet like movements, strange proportions and magic realism that symbolise a child’s imagination, and it’s stunning. Shigeru Miyamoto once said that “inside every adult is the heart of a child”. If an adult’s heart was set free, the picture might look as wild and carefree as Nessa and Demelza.

At the time of this article, Knights and Bikes has reached £68,041 of its £100,000 kickstarter funding goal. If successfully funded, the estimated release period is April 2017 for PC, Mac, Linux, and PlayStation 4. To stay up to date with the game’s progress, be sure to follow the developers on Twitter and Facebook.