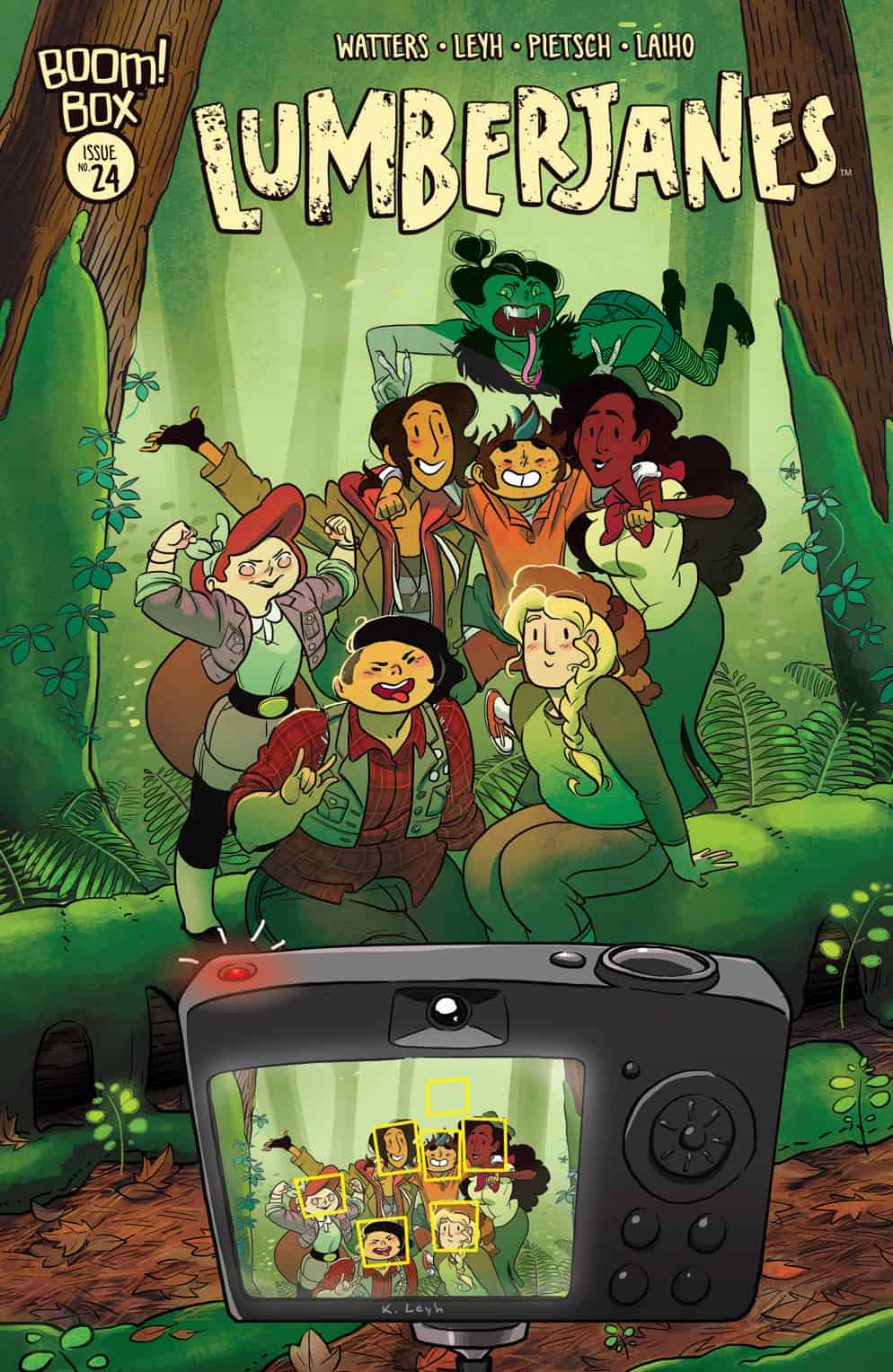 The adventures of the Lumberjanes and Seafarin’ Karen come to an end, and what have we learned?

Well, besides that these girls work great together, and that doesn’t just mean the Lumberjanes themselves.

The Lumberjanes, Karen and the Selkies are briefly rescued by missing pool noodles from the camp, but they realize they won’t be enough to keep them afloat if the whirlpool is still active. Luckily for them, Molly and Ripley come through a portal in a GIANT PIRATE SHIP. This leads to not only a super sweet and romantic kiss between the reunited Mal and Molly, but an explanation of just how they got it through from the other world. Which involved a fast paced and wordy Ripley explanation that makes you really appreciate Aubrey Aiese’s lettering work and Molly’s quick thinking. For a girl that is constantly down on herself, seeing Molly grow into her brilliance has been kind of spectacular.

However, the girls can’t celebrate their rescue/how amazing their friend is too long because the whirlpool is still open and attracting a lot of lightning. Besides bringing on Ripley’s amazing explanation of the Relampago del Catatumbo in Venezuela that draws some of the best facial reactions from the girls in the book, it also makes the girls realize that there’s something else keeping the portal open.

The culprit? Moirin’s lost pelt, which the portal is leeching magic from. 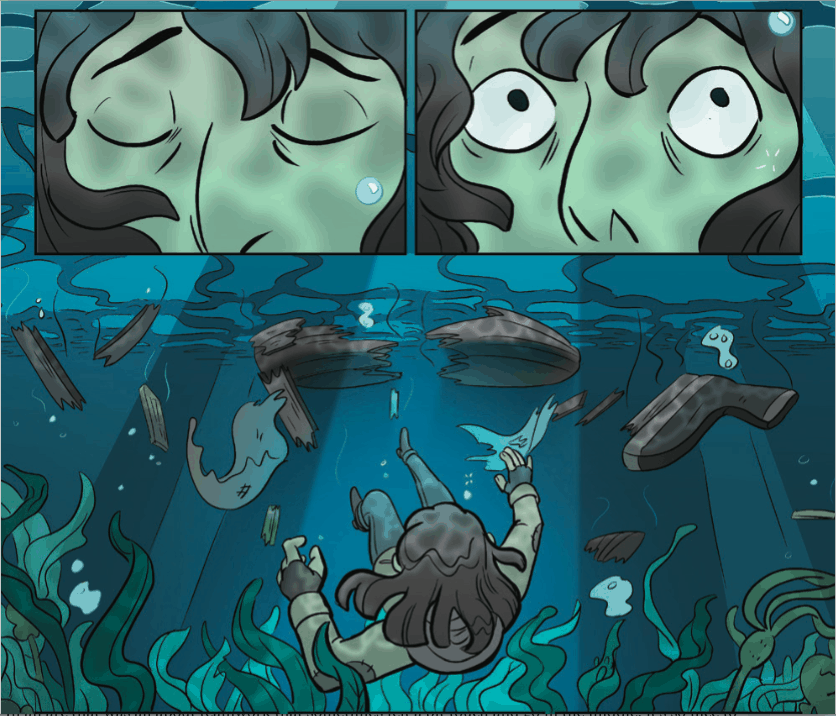 This sets everyone into motion to work together to retrieve the pelt and finally close the portal. Not just the Lumberjanes using all the knot tying skills they learned at the beginning of the arc, but Karen and the Selkies working together to get the ship where it needs to go and even ends with Moirin rescuing Karen after she falls in the water trying to save Molly.

The teamwork works out in their favor though. The storm dies down, the portal closes and Moirin gets her pelt back. Ripley makes a seal friend, Karen gets a new crew with the selkies after Karen realizes she is indirectly responsible for the loss of Moirin’s pelt and they make up, and April FINALLY gets her “Knot on Your Life” badge that this entire adventure started over.

In an arc that was all about teamwork that sometimes felt a bit touch and go in the middle, it’s so nice to see it wrap up so solid with a creative team coalescing in great ways. This is Pietsch’s last issue and to see her bring it home with such lovely and expressive art that plays so well with Laaiho’s stormy color palette was so fantastic. Not to mention that it finally has hit the spot where Leyh has learned the characters and her work is falling more in line with Watters just in time for the second year anniversary of the comic. It’s exciting and relieving, just like the end of this arc.

See also  'The Collector' Showcases the Brilliance of Sergio Toppi

Of course, it’s not all resolutions as the issue closes with a look through the spyglass, showing strange auras around the girls in all sorts of different colors. Perhaps this is setting up for the beginning of year three? Or maybe even the Lumberjanes/Gotham Academy crossover? Time will tell, but it should be exciting.

Lumberjanes #24 ends the selkie arc as it hits its next stride. Taking examples from the girls themselves, the creative team works together to bring the arc home in a satisfying way. While Watters, Leyh, Pietsch, Laaiho and Aiese may not be going for the same badge April was in this arc, but they certainly deserve one after delivering a finale where everyone gets to shine while still wrapping up the story in a way that never feels too rushed or leaves anything hanging. This is the kind of story you want going into the third year of a comic, and it doesn’t disappoint.