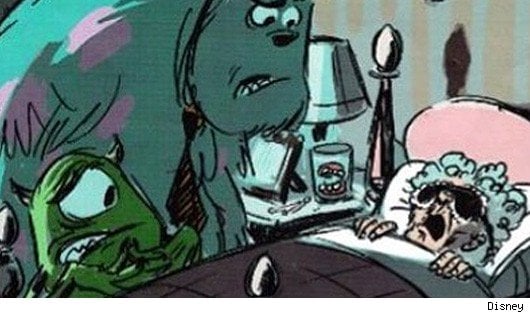 Circle 7 Animation was a short-lived division of The Walt Disney Company specializing in computer generated imagery (CGI) animation. The company was created when Disney felt Pixar would end their contract with them after negotiations were appearing to fall through. So Disney created Circle 7 to work on creating sequels to the Disney-owned Pixar properties (the seven Pixar films released by Disney between 1995 and 2006). Circle 7 began working on those projects and even drafted early scripts of Toy Story 3. Thankfully for both studios, the two companies came to a happy agreement  an agreement,   that stated no one but Pixar employees would work on Pixar projects. Ever since the team has released some incredible and very profitable features including Wall-E, Up and the billion dollar box office sensation Toy Story 3.

All development on the films at Circle 7 immediately stopped and the materials that had been produced were put away to never be used again. Pixar’s head, John Lasseter, refused to even look at any of the material the studio produced because he didn’t want the vision of others influencing Pixar’s work. The work of the Circle 7 animators seemed lost forever, until now. Thanks to Cinematical and screenwriters Bob Hilgenberg and Rob Muir, an early concept art trailer for their take on Monsters, Inc. 2 was released and now you can watch it on their site.

The story plot for the now defunked sequel has Sully taking Mike to go see Boo for her birthday. They get through her door only to find an old lady in her bedroom.

Sully realizes that Boo and her family must have moved and sets out in search of his little friend.

The two monsters are stuck in the human world until they can find Boo, and use her door to get back to Monstropolis. Some folks have claimed that Circle 7’s Monsters, Inc. 2: Lost in Scaradise was as good, if not better than  Pixar’s original film. I’ll let you come up with your own opinion.

The art and story show hints at a sequel that had potential but now we’ll never know.

On a side note, Pixar is currently working on a prequel to Monster Inc.