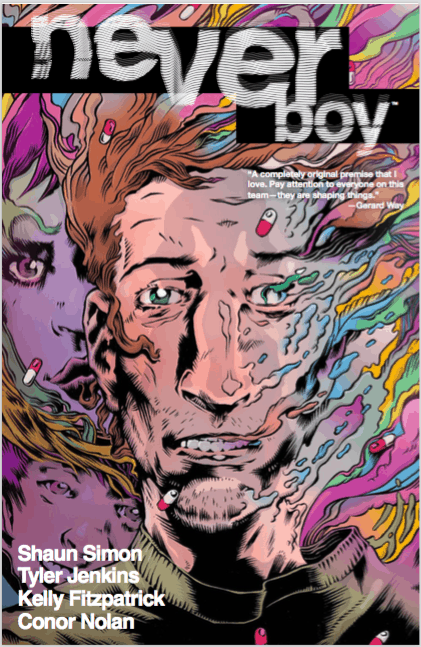 Remember your imaginary friend from childhood? How did you leave them? Did you grow older and forget about them? Decide that imaginary friends were for babies? Did they find ways into your works?

Now what do you think would have happened to them if you had died?

That’s approximately where the story of Neverboy begins.

Neverboy is the story of an imaginary friend of the same name who was created by a boy named Sam. After Sam’s death, Neverboy creates a life for himself by creating a family and taking drugs to keep himself in reality. Naturally, this annoys the Ministry of Imagination, but it gets much worse when he meets a down on his luck artist named Julian Drag who’s looking for nothing but inspiration.

Neverboy is the first series fully written by Shaun Simon, who had previously co-wrote The True Lives of the Fabulous Killjoys with Gerard Way. His style of writing is similar to Way’s in many regards, especially with the way that the two do manage to ground the weird in a relatable reality. Neverboy is an especially relatable and lovable protagonist, who is just looking to be a supportive husband and father while grappling with his own vices. In some ways, he recalls back to many of the one off protagonists Neil Gaiman would write into his Sandman stories. This struggling man with one foot in the unreal and another in the real. Neverboy and his struggles are easily one of the best parts of Neverboy, especially when played against Julian Drag as he goes down the route of greed and obsession as the story goes on. 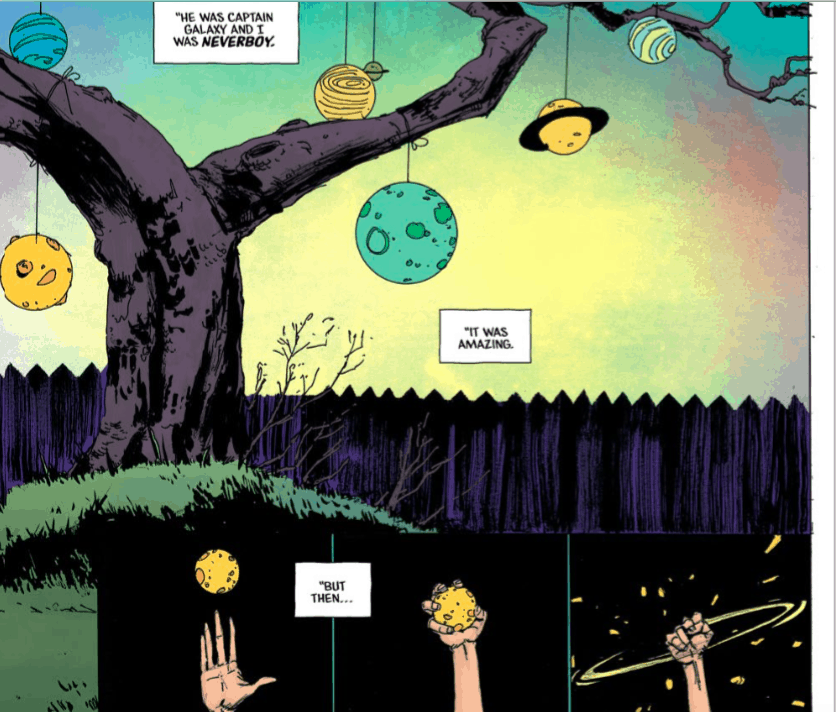 However, sometimes the writing feels a bit clunky. Lots of plot elements are introduced suddenly without proper explanations and parts of the story can feel downright choppy and rushed. Even the character of Vanessa never feels properly explained with what she does for the Ministry of Imagination, which is a shame since she’s one of the only major female characters in the entire book. This story is one of those that feels like it could have benefitted from a few more issues to lay out the world properly. It’s a shame too because the concepts introduced are fairly cool, like the Odyssey Diner and the entirety of Imagination being in peril by Neverboy’s mistakes, but they just aren’t given enough time to breathe.

Whatever faults lie in the writing though, they are made up for in the art. Peter Panzerfaust artist Tyler Jenkins creates the world of Neverboy in an angular and frenzied style that plays up that balance between reality and imagination perfectly. Kelly Fitzpatrick’s colors though are what really strike that line though, always knowing when it’s appropriate to turn the volume up and down as the series walks through the real and unreal constantly. 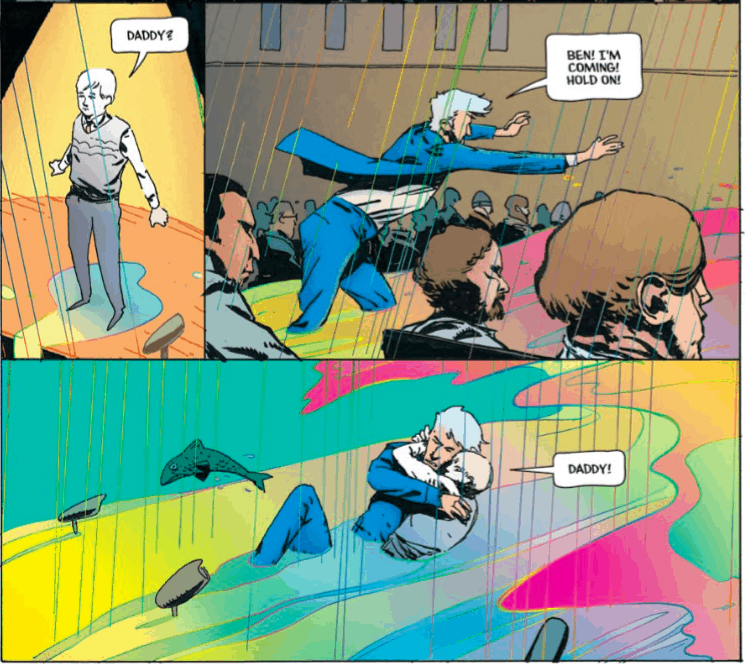 While Neverboy does have its struggles with story, the atmosphere created by Simon, Jenkins and Fitzpatrick is an easy one to get lost in. Between the gorgeous art and the heartbreaking story of Neverboy himself, Neverboy is a fun and quick mini that’s worth the time to open up your imagination.