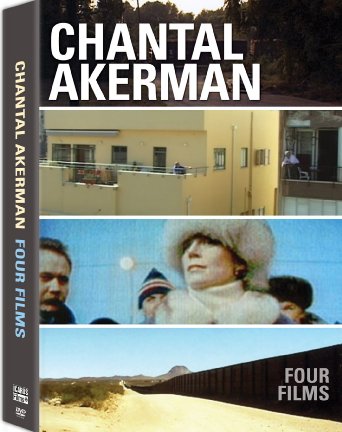 From the East
Written and directed by Chantal Akerman
Belgium/France/Portugal, 1993

Chantal Akerman’s From the East (1993) isn’t technically “new on video,” but it is one inclusion—the most impressive inclusion—in a recently released Icarus Films DVD set featuring four of the late filmmaker’s documentaries. Presented alongside South (1999), From the Other Side (2002), and Down There (2006) (a bonus fifth disc is Chantal Akerman, From Here [2010], an hour-long interview with the director), From the East is not only one of Akerman’s top two or three movies—documentary or fiction—but also one of the most astonishing films of the past 30 years. 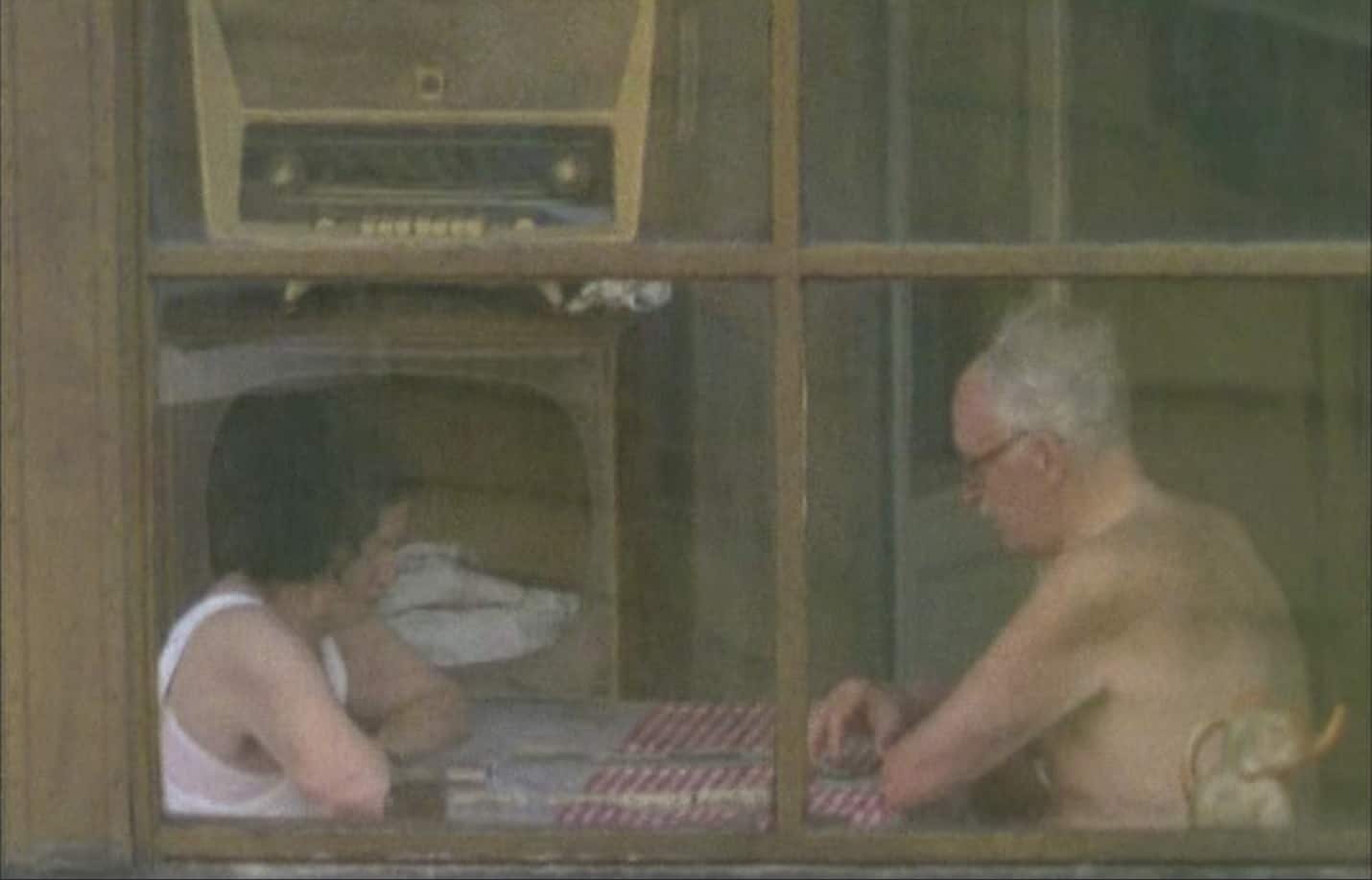 Shot over the course of several months, spanning Eastern Europe from Berlin to Moscow, From the East is a scenic travelogue void of recurring characters, overtly imperative subject matter, or an obvious sense of territorial progression. Comprised of what are basically moving postcards or candid camera viewpoints, From the East resembles Akerman’s prior work like News from Home (1977) as well as the later three films that are part of this collection, but it also stands alone. Unlike South or From the Other Side, From the East has no apparent topic beyond the geographic location itself (the cultural condition of which could be seen as something of a theme), nor are there interviews and direct, premeditated addresses to the camera, and unlike Down There, there is no voiced personal relationship on Akerman’s part. In other words, while documenting the region and its people, From the East has no purposeful investigative quality. It offers up no overriding journalistic concern, nor does it elicit a strong emotional response, from the various figures shown, the viewer, or Akerman herself. 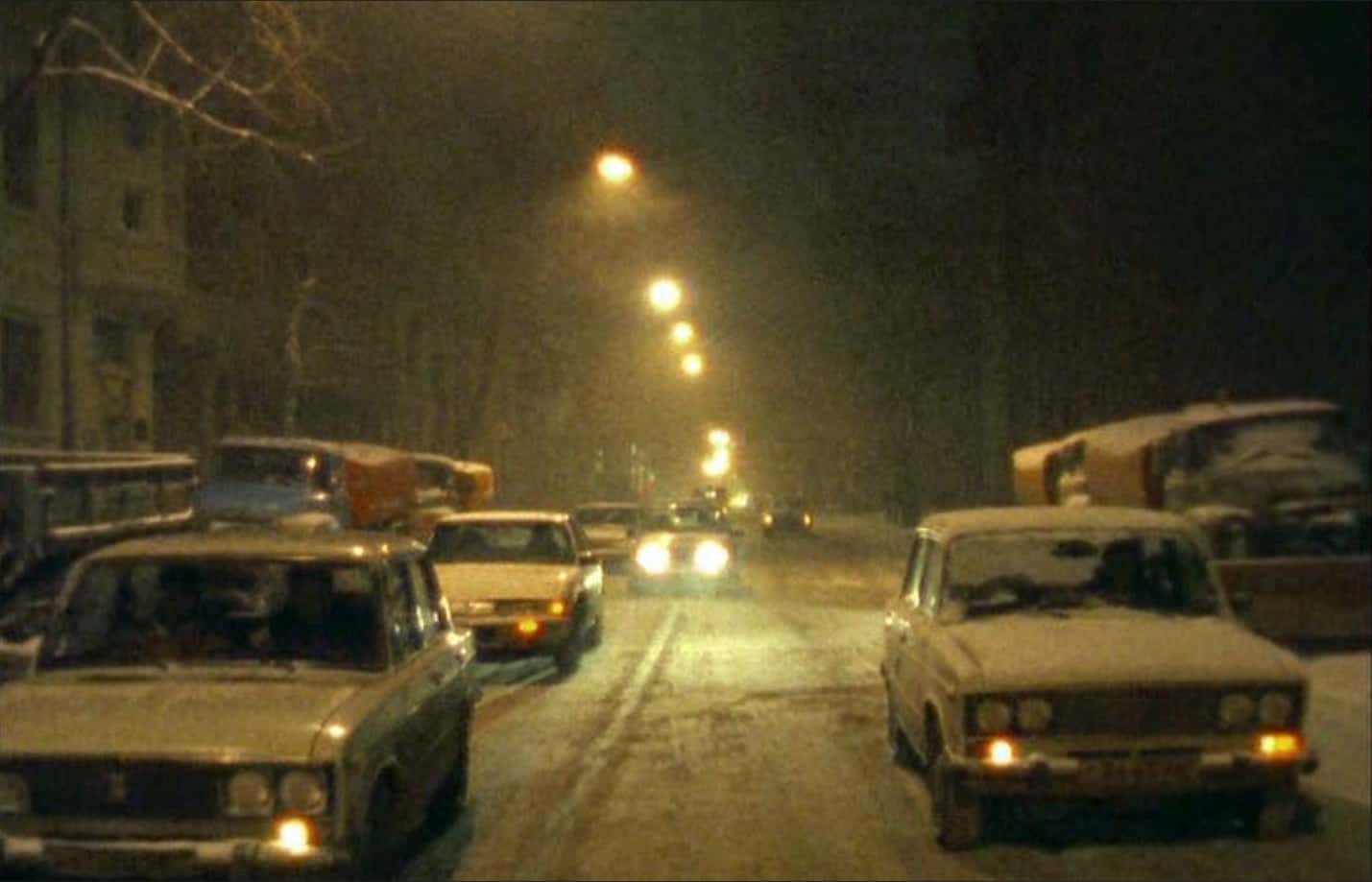 Without having a solid knowledge of the vicinity, each scene depicted in From the East appears as a singular setting only remotely connected by certain climate or landscape similarities. There are scenes by day and by night, scenes in both private situations and public venues; there are manmade interiors and natural exteriors, as well as rural and urban locales. Those shown are young and old and, while varied, the activities they partake in are commonly mundane: people eating, people at the beach, people dancing, people toiling in the fields, people having fun, and people waiting…there are many shots of people waiting. There are individuals talking, sometimes it would appear, to or concerning the camera, but the dialogue is inconsequential enough to warrant no subtitles throughout the film. And though many of the images in From the East are striking, some are especially memorable, such as an angry woman at the bus station, a legless man wheeling himself through a terminal, staring at the camera all the while, and an enthusiastic couple dancing like nobody, certainly not a movie-going audience, is watching. 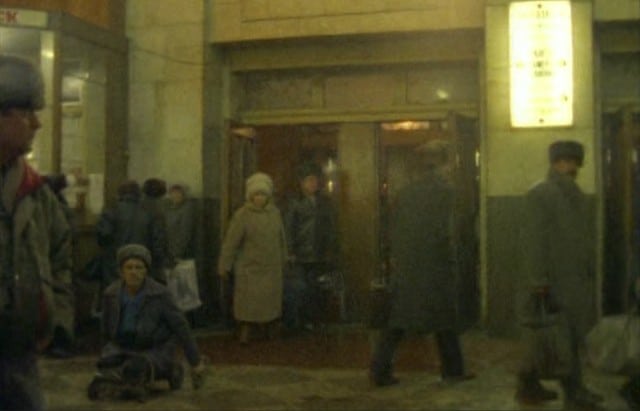 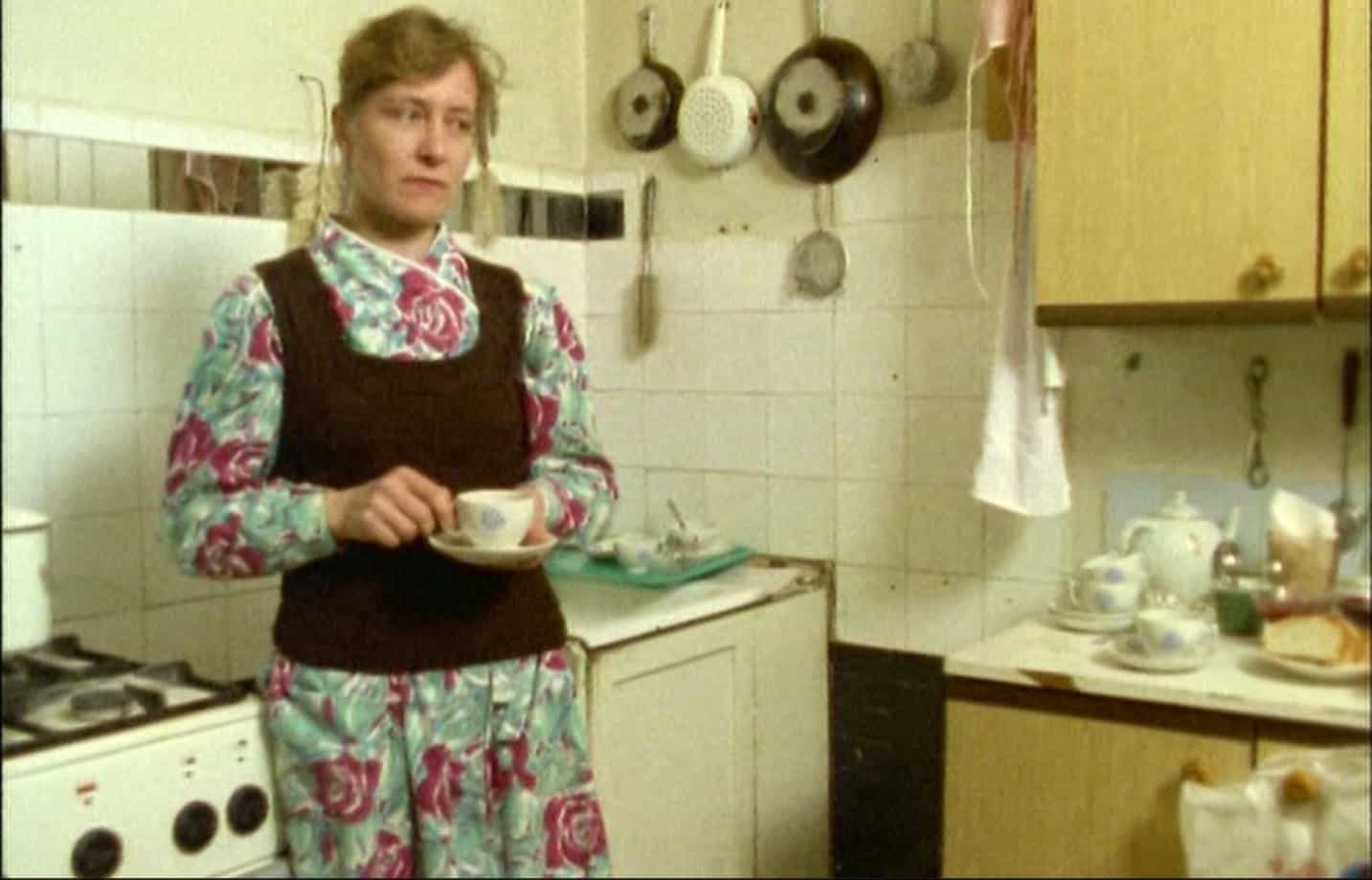 Working with frequent collaborators Raymond Fromont (cinematographer) and Claire Atherton (editor), Akerman takes advantage of the access she was granted for From the East. She is able to enter the homes of certain individuals and to linger on complicit strangers who would in normal circumstances shy away from the coverage. Subsequently, when not simply recording people as they go about their business, Akerman arranges for austere domestic portraits that mirror her masterpiece, Jeanne Dielman, 23 Commerce Quay, 1080 Brussels (1975). From the East oscillates between images with a specific concentration and vantage points that simply capture whatever appears, recording the uninhibited life of the locale and the locals. Similarly, there are times where the people shown are clearly oblivious to Akerman’s presence, while others are purposely, self-consciously posed. Not surprisingly, there are still those who instinctively look directly at the lens (or even more obviously try to hide from it), but unlike South, for example, rarely does anyone ham it up for the camera beyond merely acknowledging its presence, naturally adjusting their behavior as one does when in front of a recording device. 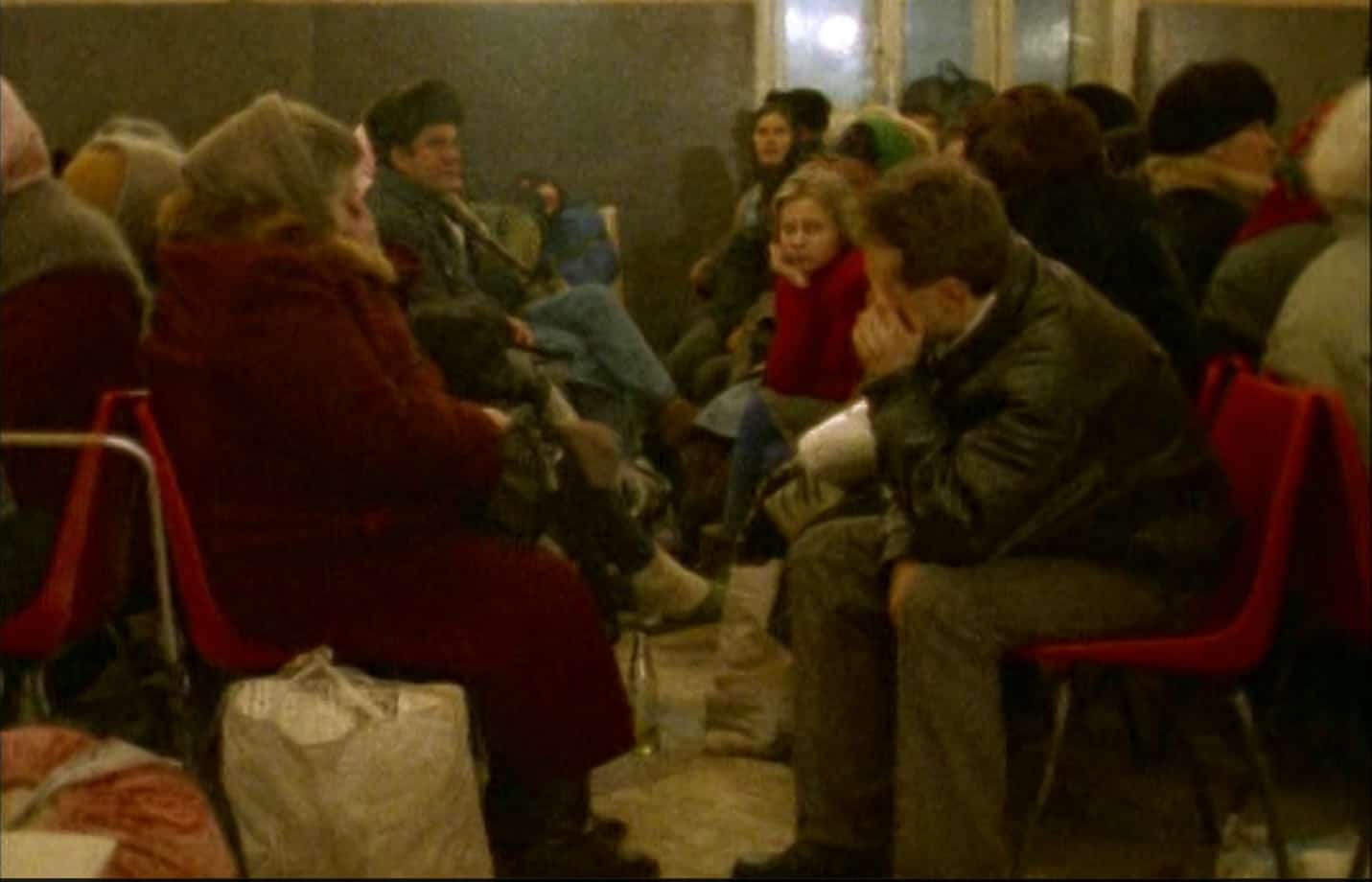 As in her other documentaries, Akerman puts forth a deeply-felt humanity that somehow remains unaffected. This is most pronounced in the sweeping shots of large crowds, where one gets an arresting awareness of the expansive masses, and in the voyeuristic shots spotlighting isolated individuals, where one can peer into the private lives and expressions of total strangers. With this there is a prevailing coldness to many of the locations in From the East, a gritty hardness in the setting that is etched upon the weathered, unexpressive faces of the citizenry. Akerman reveals a perceptive ability to capture distinct cultural flavor through the most average, unassuming features, from a particular environment to the wardrobe of a subject to the sounds, both natural and artificial, that compliment a given location. Concerning this latter feature, there is generally a simple, realistic soundtrack, where, with few exceptions, whatever is in the area is what is heard. As with its visual design, From the East largely moves along without any auditory embellishment. 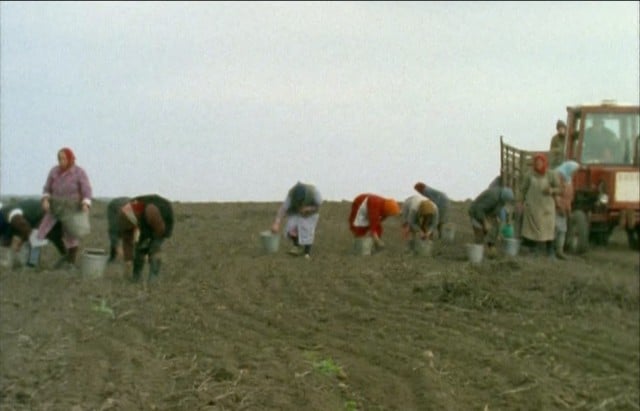 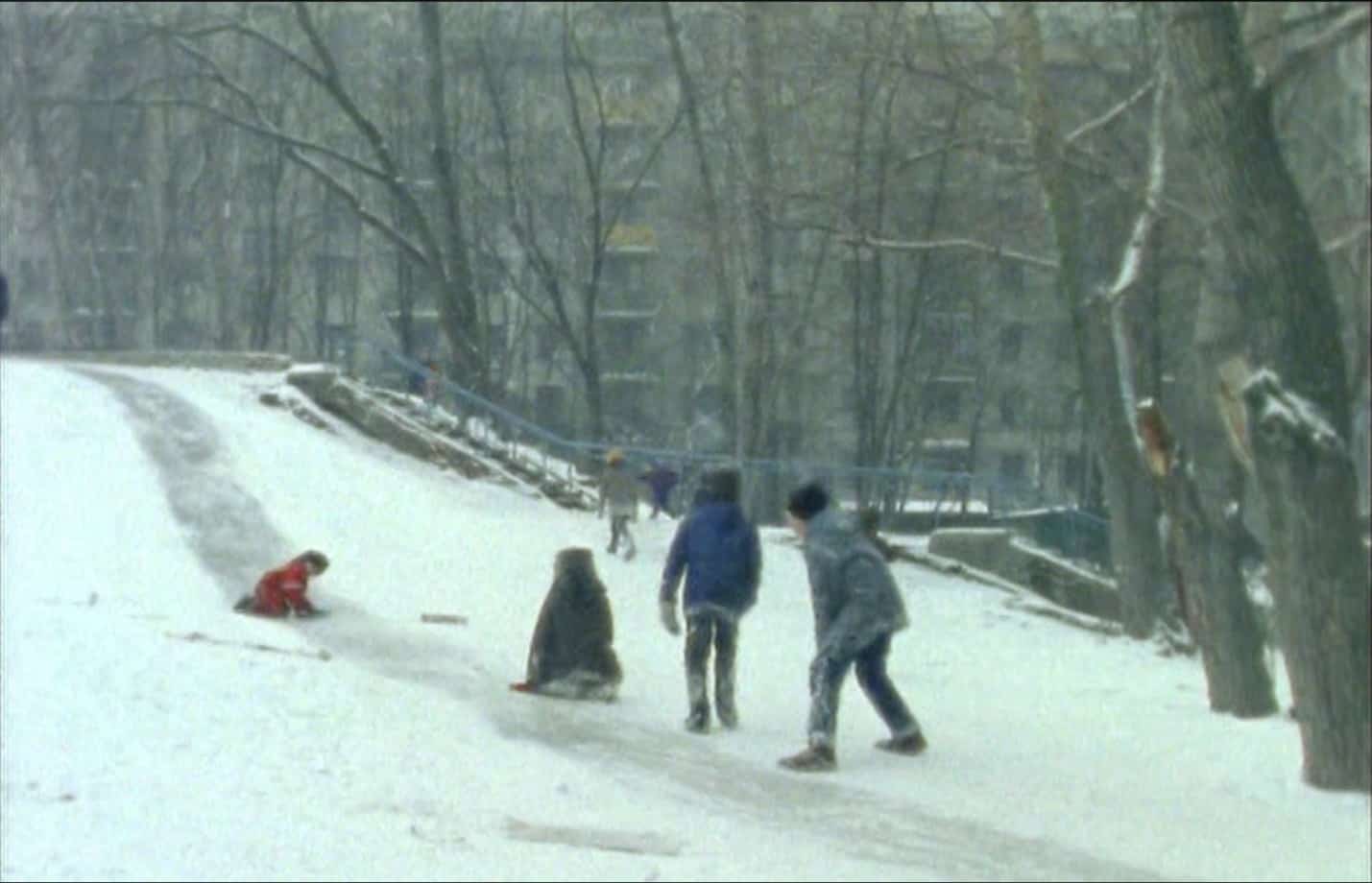 In an essay included with this DVD set, Jonathan Rosenbaum comments on the apparent lack of novelty when it comes to what Akerman shoots in From the East, contending with the naive suggestion that any halfway competent tourist could have done the same. What indeed distinguishes a film like this is Akerman’s exceptional sense of shot duration, size, angle, and directional flow—of people, vehicles, and the camera. In From the East, she often films from an anticipatory distance, with compositional choices that make the point of visual interest obvious in one shot, rather less certain in the next; the viewer is expecting something to happen, for there to be significance in the image, but they are often left unsure of when and how that may transpire (if it ever does). While most of the static shots still have movement in terms of what is taking place in any given frame, the measured tracking shots (or, more accurately in certain cases, shots obtained via a vehicle-mounted camera) paradoxically create horizontal tableaus that at times seem to freeze the people in their place. Rosenbaum, who applauds Akerman’s “monumentally forceful and weighted” framing, argues that “composition” would be his description of her art in a single word, noting the term’s visual and musical application, both appropriate to this film in particular, which gains much of it engagement due to Akerman’s sensitivity to time, space, and pacing. This is all part of her extraordinarily complex aesthetic, something your average iPhone-toting sightseer simply could not accomplish.