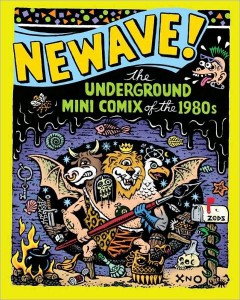 Seems like the malaise of 1970s America inspired a lot of people to take matters into their own hands and create art outside of the mainstream. This was certainly true of the underground music scenes that were percolating on both coasts and in many cities in between. Tired of the passionless music, the flared out fashions and the earth tone colors, independent artists and musicians began creating their way out of a funk that had turned everything green shag and ugly brown.

The dissatisfaction of the times may have sparked a call to action, but the creative inspiration came from the 60s underground comics movement pioneered by artists like Robert Crumb and Gilbert Shelton. That inspiration met as well with the anti-pop ideas of the New Wave of music coming out of the UK. This happy new union was carried into the 80s by artists who would keep the torch alive with their own underground comic scene—mini comix being the preferred format.

A mini was typically one quarter the size of a piece of an eight and a half by eleven inch sheet of paper. This allowed more bang for the buck as it not only used less paper it  was also easier to fill a page. Many of these comics were somewhat juvenile in the nature of their subject matter. A preoccupation with drugs and an obsession with big breasted women (then as always) were common themes in the mostly male produced comics. Like their counterparts in music, the participants were predominately young white dudes who had little to offer really except a desire to poke holes in whatever they felt needed it. The mere creation of these comics outside  the mainstream, however, was statement enough, even though the shock value depreciates with each subsequent generation.

At 800 pages, Fantagraphics Books new anthology, Newave! Underground Mini Comix of the 1980s might be the largest mini ever made. Edited by Michael Dowers, this fat collection features some of the best minis of the day. Comprised mainly of reprints from the ’80s boom, Newave! actually starts with Al Greenier’s Purple Warp from 1972 and ends in the early ’90s just as longer, bigger alternative comics were starting to enjoy a resurgence.

While many of the mini creators featured in Newave! may be unknown to even ardent indie comics geeks, there are some who will be familiar. Peter Bagge, J.R. Williams, Sam Henderson, Mary Fleener, Daniel Clowes, Jeff Gaither, Jim Siergey and Skip Williamson all worked out their early drawing bugs in this format. Though fame may have escaped many of them, notoriety did not and success in comics rarely means financial reward anyway. As Mary Fleener observes in the interview preceding her own contributions, the US Post Office was probably the only party to ever make money off these things.

So what then was the motivation to spend so many long hours at the drawing table and in the copy shops collating comics? The late Comix Wave and Comix World publisher Clay Geerdes put forth a similar question in his “Newave Manifesto” in 1983: “Why do we go on drawing comix when there is no money in the business?” Geerdes asked. “We have no choice,” was his answer. Sometimes having no choice is a good thing. 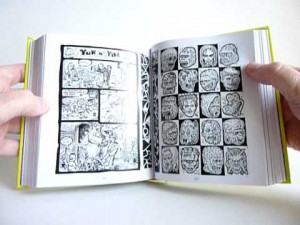 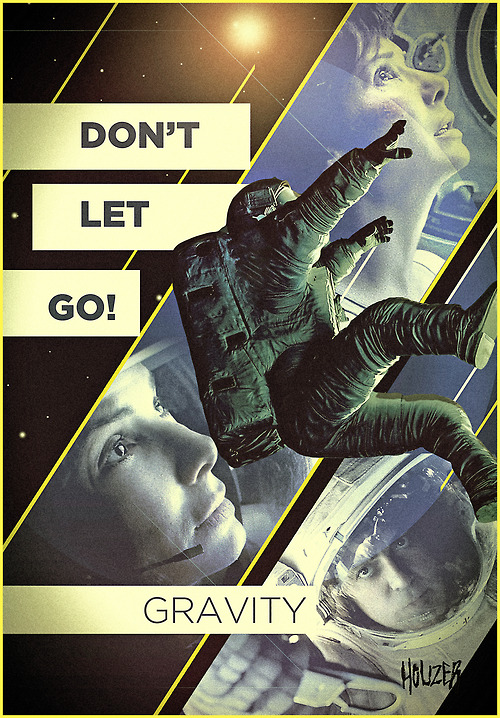