Home
Entertainment
Once Upon A Time, Ep. 2.01, “Broken”: Magic has returned, in full force
Prev Article Next Article 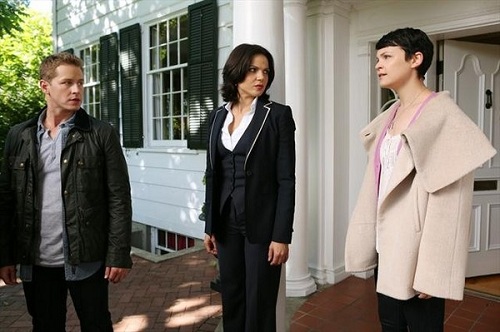 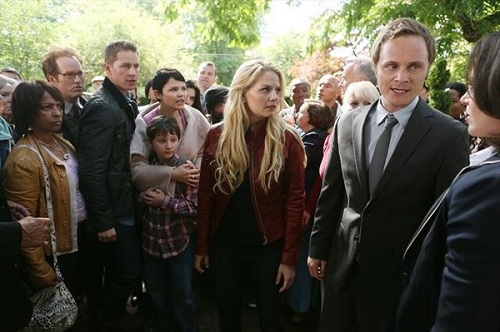 A postcard delivered to an unknown person, attached to the leg of a pigeon, with one word, “Broken”, written on it. Simple, and rather confusing, as that, Once Upon a Time kicks off its season two. We are only a few seconds in and the writers already have us asking questions. Like who is the man? Where did the pigeon come from? Weren’t all the fairy tale characters supposed to be in Storybrooke? And like in season one, these questions shall be saved for another episode.

After the mysterious man, we jump back into fairytale land. We find ourselves on a hot pursuit with two new characters, one who is revealed to be Prince Phillip and a second who is none other than Mulan. Their main focus is finding Princess Aurora, who they have tracked to an abandoned castle. The writers quickly introduce Aurora, Mulan, and Phillip before heading back to Storybrooke.

The purple magic dust that Rumpelstiltskin released is finally clearing out and reunions are taking place. The one everyone has been looking forward to is, of course, that of the “Charmings”. We can feel the love, excitement, and occasional tension that Ginnifer Goodwin, Josh Dallas, and Jennifer Morrison create among their characters of Snow, Charming, and Emma. The looks from Jennifer Morrison are excellent; her reactions are just what you would expect from someone who just discovered her parents. The reunion gets cut short when they discover that Dr. Whale is leading an witch hunt-like ambush on Regina’s house and Henry begs Emma to stop it, making her promise that she will not let any harm come to Regina. 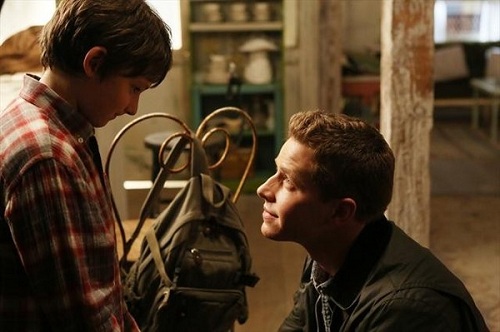 The story, in typical Once fashion, jumps back to Aurora, Phillip, and Mulan and we are introduced to the Wraith, which Phillip labels simply as, “something bad.” It is worth saying that Julian Morris plays his role perfectly, embodying a live action Phillip. His delivery and chemistry with Aurora and Mulan is superb. Jamie Chung as Mulan is also a great addition- she couldn’t have been better cast. Her strong willed attitude, especially when trying to protect Phillip and Aurora, reminds us of the animated character come to life.

The witch hunt back in Storybrooke proves not very successful, as Emma and the others show up before Whale’s crew can do anything. Josh Dallas as Charming seems to have a lot more script to work with, at least in this episode, and when he steps up and talks to the crowd we can see more of the Prince coming out, rather than the borderline David from last season. David’s showdown with Whale brings up a simple question that still hasn’t been answered from last season- Who is Whale? And what are his intentions?

Snow itches to have a conversation with Emma about everything and, though David tells her not to bring it up, being the fiery thing that she is, she ignores him, giving us another encounter with the Charmings, this one much more intense than the last. Goodwin and Morrison’s chemistry was great in Season One, but knowing how they are related will bring more motherly conversations, perhaps even fights, this season, while also taking out those that, as Snow put it, shouldn’t happen between mother and daughter. This brings forth one of the few comedic moments of the episode between Snow and Charming, “Whale?!” “We were cursed!!”

The Wraith comes for Regina, eventually, which is a highlight of this already shining episode. The CGI is definitely upped a notch and is much better here than it was for the dragon in the season finale. The Wraith, quite frankly, can give us chills.

The premiere delivers on many counts. It is as addicting as the series premiere nearly a year ago and in typical Once fashion, questions are raised right and left; questions that will keep us coming back for more answers week after week. Will Regina actually follow through and search out Snow and Emma? What are Rumpelstiltskin’s true objections? Who is the man from the beginning? Who is Whale? As Mulan told Aurora, which fairytale characters escaped the curse and are in the safe haven? What is going to happen to our beloved Snow and Emma and is that creepy Wraith going to be back?

Magic may have returned to Storybrooke, but in this addicting, drama- and action-filled, sometimes creepy episode, the writers prove that they’ve always had the magic. A superb kick off for what should be an exciting season two!