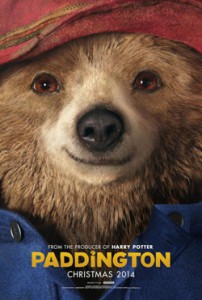 Disclaimer: This review is in regards to the version released earlier in UK cinemas, which did not seem to feature Pharrell Williams and Gwen Stefani’s single “Shine”. As such, this reviewer can not vouch for the recently released song’s presence in any scene alterations for the North American release. I would, however, like to publicly request that Mr. Williams’ song “Happy” be pulled from the radio. Thank you.

A big screen, CG-assisted adaptation of Michael Bond’s beloved Paddington Bear book series could have gone so horribly wrong, becoming yet another offender in the line-up of pandering kids-aimed film atrocities like Yogi Bear, Garfield, and The Smurfs. Thankfully made with clear love for the material and smart execution from writer-director Paul King, Paddington is instead a welcome breath of fresh air in a family film market that, a couple of key talents aside, is increasingly built on too easy, self-aware smugness (the Shrek influence), garish excess, and empty, cheap laughs. Its producer, David Heyman, spearheaded the Harry Potter franchise, and Paddington is the best live-action family film since the highs of that series. And it may well be better than all of them. 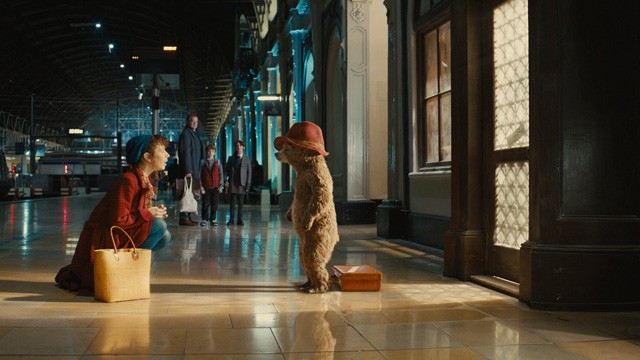 We open on amusing newsreel-style footage in which a British explorer ventures into ‘Darkest Peru’, discovering an unusual pair of highly intelligent bears. Teaching them some English and introducing them to marmalade, the explorer eventually departs, suggesting that the bears should visit him in London one day. A couple of decades later, the Peruvian bears, Pastuzo (Michael Gambon) and Lucy (Imelda Staunton), have not followed up on that invite, having instead cultivated the explorer’s various influences and gifts into a living situation inspired by a very particular vision of Britishness the explorer unwittingly imported to them. And so it is that the bears’ young nephew, Paddington (voiced with note-perfect innocence by Ben Whishaw), has become influenced by these same eccentric notions. He’s got a very clear interpretation of the famed London, which is good because he’ll soon have to venture there after tragedy strikes in Peru.

In search of a new home after an earthquake destroys the bears’ jungle setup, Paddington is sent to London, where he finds things don’t quite live up to his rose-tinted expectations; the indifference of the hustling and bustling city-dwellers is a bit of a shock, for one thing. Still, the tag tied around his neck asking for those who find him to “Please look after this bear” draws the attention of the Brown family, led by a control-freak patriarch (Hugh Bonneville) and his open-hearted wife (Sally Hawkins), who take him in as a temporary guest until they can find a suitable guardian for the kid. As the length of his stay increases, Paddington rouses the more sceptical family members out of their various shells, be they the risk-averse, former free spirit Mr. Brown (“Don’t jump, jumping is responsible for 7% of accidents involving children”) or the perpetually embarrassed Judy (Madeleine Harris), who’s so ashamed of her parents’ respective stuffiness and over keenness that she won’t even introduce them to people she likes from school. Relative newcomers Harris and Samuel Joslin as the kids are free of precocious brattiness that characterises so many unfortunate family film protagonists, and they hold their own with the adults when it comes to the comedy. Bonneville and Hawkins, meanwhile, are thankfully far removed from the annoying ‘uncool’ parent stereotypes you might also find in this sort of feature.

While Paddington warms the hearts of one family, all while searching for a trace of the explorer who visited his aunt and uncle all those years ago, the talking bear’s presence also attracts some unwelcome attention. There’s the Browns’ miserable neighbour Mr. Curry (played hilariously by Peter Capaldi as the epitome of the sort of person who avidly reads The Daily Mail), but also Millicent, a seemingly evil taxidermist out to ensnare the bear for reasons unknown. As gamely played by Nicole Kidman in seductive ice queen mode, Millicent’s fanaticism regarding exterminating the innocent immigrant brings to mind Cruella De Vil crossed with certain right wing leaders gaining unfortunate prominence in the UK right now.

Millicent and Mr. Curry are key to the film’s main thematic meat. When sending Paddington off to London, Aunt Lucy assures him, “They will not have forgotten how to treat a stranger.” While that’s ultimately a naive notion for a contemporary Britain currently and worryingly becoming more and more right wing, the film is unashamedly integrationist, represented in narrative via characters like Jim Broadbent’s Mr. Gruber, a German Jewish antiques shop owner who also came to Britain as a child in a time of need, or through idiosyncratic filmmaking flourishes like a Cuban son band who make regular appearances on the Notting Hill streets as characters go to and fro. Paddington may have his own idealised version of Britain before going there, but his story offers a glimpse of a welcoming, tolerant nation of universal appeal that one would hope is forthcoming in the future for many a country currently caught up in various race or immigration rows. As the bear says in the last act, “Although I don’t look like anyone else, I feel at home.” 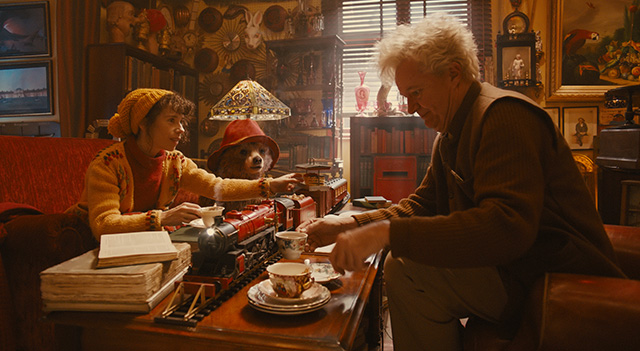 There are a couple of minor quibbles to bring up. One set-piece involving Mr. Brown having to don drag is a lone retrograde comedy miss, while a couple of music cues for brief gags (James Brown, Lionel Richie) wouldn’t feel out of place in the likes of Marmaduke. That said, helmer Paul King rarely misses elsewhere. Best known for directing almost every episode of surreal sitcom The Mighty Boosh, he brings exuberant visual invention to keep proceedings consistently lively. One delightful visual motif with a doll house brings to mind Wes Anderson in particular, and maintains the spirit of that stylistic forbear (pun unintended) by infusing these flourishes with a palpable affection and beating heart. 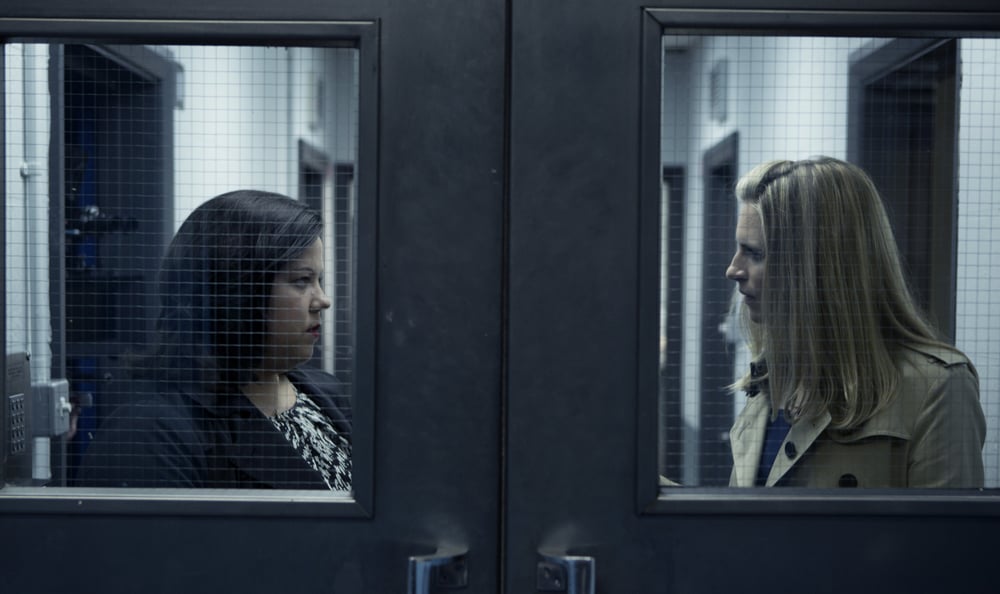