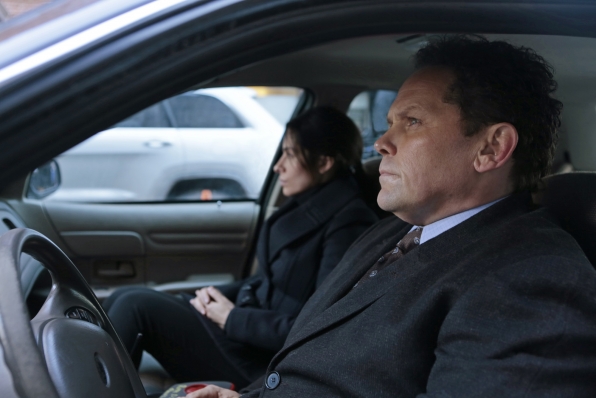 Person of Interest falls into many of the same traps that shows of its ilk often do. Their week-to-week mysteries, full of twists and turns that are meant to surprise and trick viewers before resolving at each episode’s end, inevitably become a weakness, taking away from the series’ many other elements, those that they do so very well. The difference between Person of Interest and other procedurals is that this show is going for who-gonna-do-it instead of the tired whodunit. Perhaps this formula would be more successful if the mystery were whether the weekly number is going to kill someone or be killed, but more often than not, it’s straightforward, with little more for our leads to determine than who the wants to kill the number.

It would be one thing  if “Allegiance” wasn’t right off of the cusp of a string of extremely solid episodes that try to work outside of the show’s normal format, but it is and this installment unfortunately suffers from the context of the previous episodes. That doesn’t make it an altogether bad episode and the procedural nature of the show can work in certain aspects, but not when it feels like the show is leaning on it like a crutch. True, this might be the story that Person of Interest wants to tell this week and perhaps this is the best approach to take in doing so. That doesn’t excuse the blatant laziness of this overly-formulaic episode.

That aside, revolving the episode around the world of the United Nations and the struggle involved in getting someone from another country admitted into the US is, at the very least, a different approach for Person of Interest. It gives the show a slightly wider scope, focusing on foreign affairs instead of those of New York, where the show can feel very much confined. It’s a gentle reminder that The Machine can have a global impact and not just a domestic one.

Speaking of global ramifications, Root (Amy Acker) is, again, a welcome face throughout this episode, sporadically popping up to assist Finch (Michael Emerson) while on an ever vigilant mission to stop Samaritan, a program similar to The Machine with the potential to kill untold numbers of people, from being launched. Foreign powers are constantly covertly battling with one another to get their hands on rival technologies and The Machine puts a totally new spin on that front. America uses The Machine to keep an eye on terrorists domestic and abroad, but if another country, even an ally like Great Britain, creates a similar technology, that could be extremely dangerous for the US, an idea the show could greatly explore in coming episodes in some truly fascinating ways.

A great, but rather tiring, dynamic in this episode is that of Shaw (Sarah Shahi) and Fusco (Kevin Chapman), who discuss the UN and other countries. They are borderline flirtatious and entirely amusing, if for nothing else than Shaw’s repeated rolling of her eyes at whatever ignorant statements come out of Fusco’s mouth. It’s a constantly evolving relationship that could go in some interesting places in the future.

Eventually the episode comes to a cliched conclusion, with a narrative structure that leaves something to be desired. While it does have some entertaining and enjoyable moments throughout, Person of Interest is capable of better than “Allegiance”. 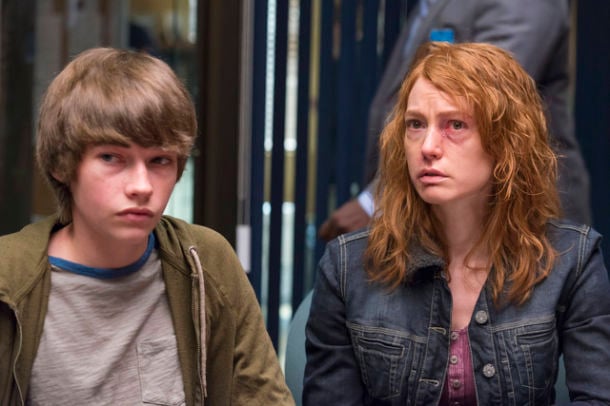 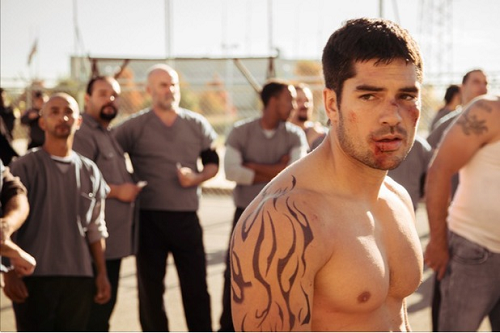