Home
Entertainment
Plausibility and Doctor Who, or: How I Learned to Stop Worrying and Love the Nonsense
Prev Article Next Article 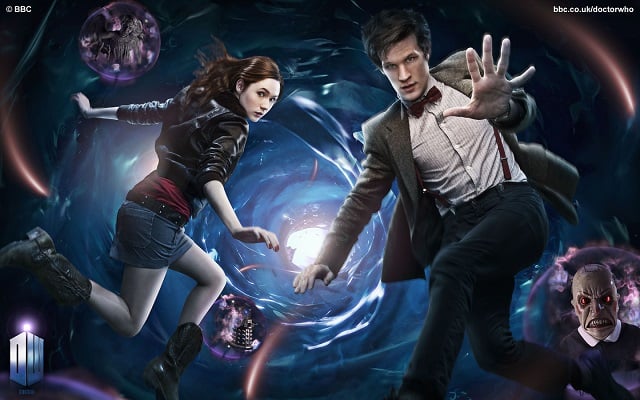 In the last five years of Doctor Who, the Daleks have pulled the Earth out of its orbit and dragged it across the galaxy. The Doctor has witnessed the end of the universe, pulled into nonexistence by the explosion of his TARDIS, and saved only by a bold and completely ludicrous plot to reboot everything with a “Big Bang 2.0.”. The Doctor has survived his own death, despite it being a fixed point in time. He has romanced a woman who he cradled in his arms during her infancy, befriended his future mother-in-law when she was a child, and been saved from a villain infecting his entire timeline by a pretty girl willing to do the same. Doctor Who is, to put it gently, completely nuts, a ludicrous hour of television that bends suspension of disbelief until it begs to break.

That suspension of disbelief is necessary to be a fan of most television, of course. Some shows require less of it (for all its unlikely legal maneuverings, a show like The Good Wife, for example, strives to resemble our reality), and some require a whole lot more (where to even begin on Sleepy Hollow, a show that starts with the presumption that literally nothing that happens will come close to resembling our reality and just runs from there). Yet for science fiction nerds, and to some extent, geeks of all stripes, nitpicking and debating the plausibility of our entertainment is an enjoyable pastime and we demand some through-line of logic to most of what we watch.

Perhaps that’s why it took me a while to love Doctor Who. I began watching the show at the beginning of the reboot, with Christopher Eccleston’s Ninth Doctor at the reigns, but it wasn’t until deep into David Tennant’s tenure that I appreciated it as more than mindless fun. And not until Matt Smith was at its center, playing the extremely eccentric and multifaceted Eleventh Doctor, that I truly fell head over heels for the show. What changed was not its relationship to reality. If anything, the era since Steven Moffat took over as showrunner (beginning with Smith’s first story, “The Eleventh Hour”) is less plausible than what came before. What I have learned to love about the show has nothing to do with reality and everything to do with ambition. 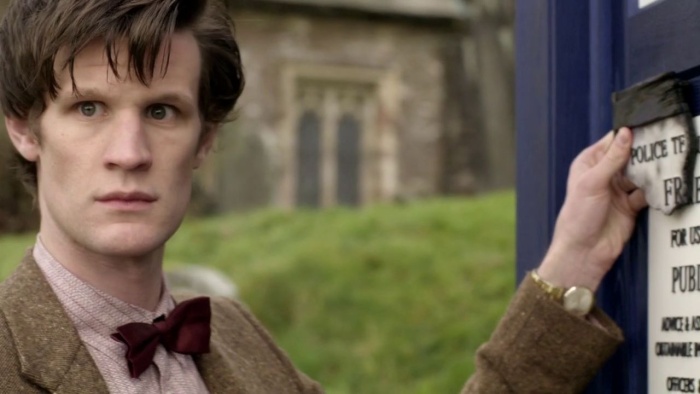 I love Doctor Who because in a television and a pop culture landscape full of entertainment that plays it safe, that fears risks and relies on retreads of well worn ideas, this is a show that constantly swings for the fences and barely notices whether it has hit a home run or struck out. What matters for the show isn’t whether everything holds together at the end of the day—the resolution to its ongoing mysteries are almost always unsatisfying to some degree, and sometimes downright infuriating. What matters is that this very loose connection between plausibility and plotting lets the show try pretty much anything with little concern for the consequences.

We, as a culture, place a strong emphasis on endings in our evaluation of the value of entertainment, and this is truer on television than anywhere else. Think of the rage that met the endings of Lost and Battlestar Galactica. Think of the long-simmering debates about the ending of The Sopranos, which some people maintain ruined the show and others argue created a perfect conclusion. Consider the ambivalence that met the finale of Breaking Bad earlier this fall. We want our endings to not just make sense (and the nonsense that pervaded “Felina”, Breaking Bad’s final hour, irked many, myself included at times), but to feel logically and thematically of a piece with what came before. We pin a disproportionate amount of weight to the way things are tied up, to the point that a bad conclusion can color our perceptions of what came before.

But not on Doctor Who, at least not for me. For one thing, the show is designed to never end. It has survived one cancellation, a stalled revival, and nearly a decade of reboot. If it should ever be cancelled again, the show would almost certainly not go out with some sort of grand series finale. It would probably end with the wheezing sound of the TARDIS, heading off on another adventure. This takes a lot of the weight off of the show’s endings for me. Each arc is going to be followed by another and any awful mistakes can be course-corrected next week or retconned next year. One of the core messages of Doctor Who as a show is also one of the chief arguments against over-valuing endings in entertainment: what matters is the journey, not the destination. It doesn’t matter where The Doctor ends up. All that matters is that he’s running, and he’s asking us along for the ride. 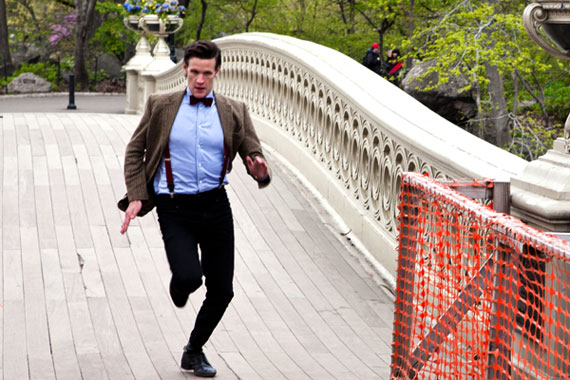 So give me your emotional Cyber-Planners, your corporeal Great Intelligences, your crazy Daleks yearning to breathe free. Bring on climaxes where The Doctor is saved by everybody thinking really hard (like in “Last of the Time Lords”), or by love (like in “The Big Bang,” “Closing Time,” and probably at least a dozen other episodes I could name), or by a narrative shrug (where The Doctor is eventually rescued by, oh let’s say… Moe). Part of loving Doctor Who is loving the sheer reach of its ambition. Sure, sometimes it flies too close to the sun. Sometimes there will be massive, unexplainable plotholes, sometimes the climax will depend on everyone ignoring that it makes no sense, and sometimes the solution to the problem is just to throw enough shiny things at the audience that they won’t notice it was there. I would rather that than to never have stories about The Doctor facing down his own mortality, romancing fellow time-traveler River Song, or uniting all of his companions to stop The Daleks from stealing the planet. Because now and then, every once in a very long while, every day in a million days, when the wind stands fair and The Doctor comes to call…everything makes sense. That isn’t necessarily the end goal and honestly, I’m not sure how much it matters to me anymore. What matters is that Doctor Who, like The Doctor himself tries. It tries harder than most shows on television to be new, bold, daring, hip, smart, innovative, and yes, completely mad. And for me, at least, that’s enough.