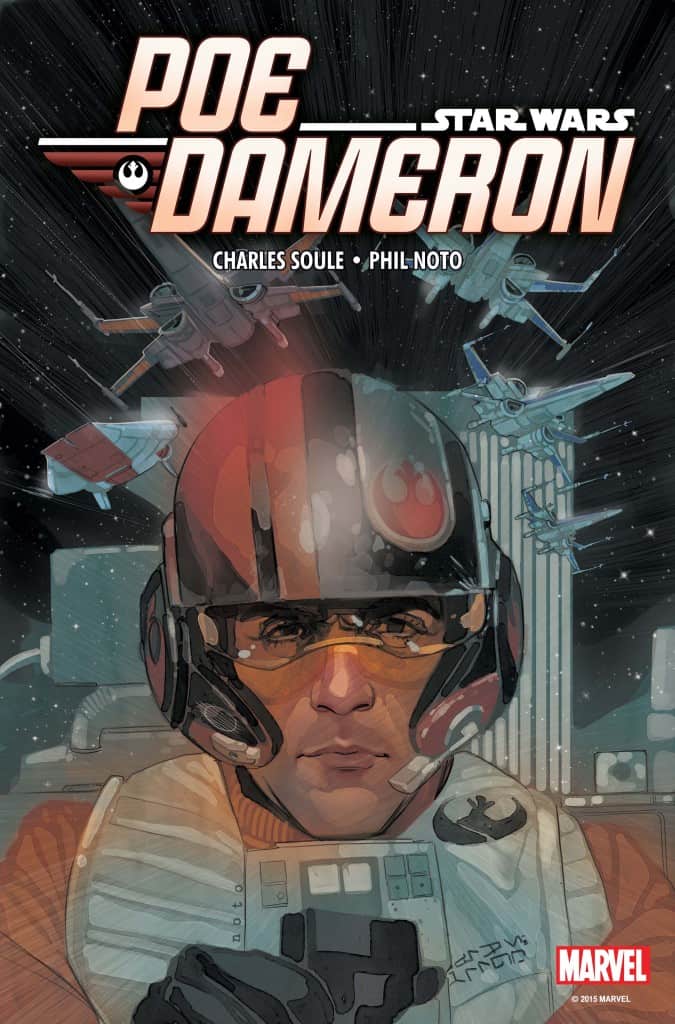 Poe Dameron may have only been on screen a few minutes in The Force Awakens, but he certainly made a big impact. The best pilot in the galaxy now has his own comic to highlight not only his piloting skills, but his ability to negotiate dangerous situations as well.

In Poe Dameron #1, General Organa sends Poe on an urgent mission to find Lor San Tekka, the one man in the galaxy that has the key to locating Luke Skywalker. A quest of this nature is too big for one person to go it alone, so Poe puts together a small team of trusted pilots for this make or break mission.

Not long after take-off, Poe and BB-8 find themselves essentially trapped in an extensive cave system with a “new age” society bent on protecting an “egg” while the rest of the universe falls to the First Order. Flashing his most charming smile isn’t enough to win over the local inhabitants who see Poe as a threat. However, the sudden arrival of the First Order might do the trick. It would appear that someone placed a tracker on Poe’s X-wing. Could there be a traitor in the mix?

Poe Dameron #1 hits all of the familiar story and character beats that Star Wars fans have come to know and love. Charles Soule has definitely tapped into the force in order to weave a tale worthy of the loveable X-wing pilot we met on screen. Readers plunge right into the action as Poe navigates a narrow cave system, out runs bombs, and squeezes through security doors. 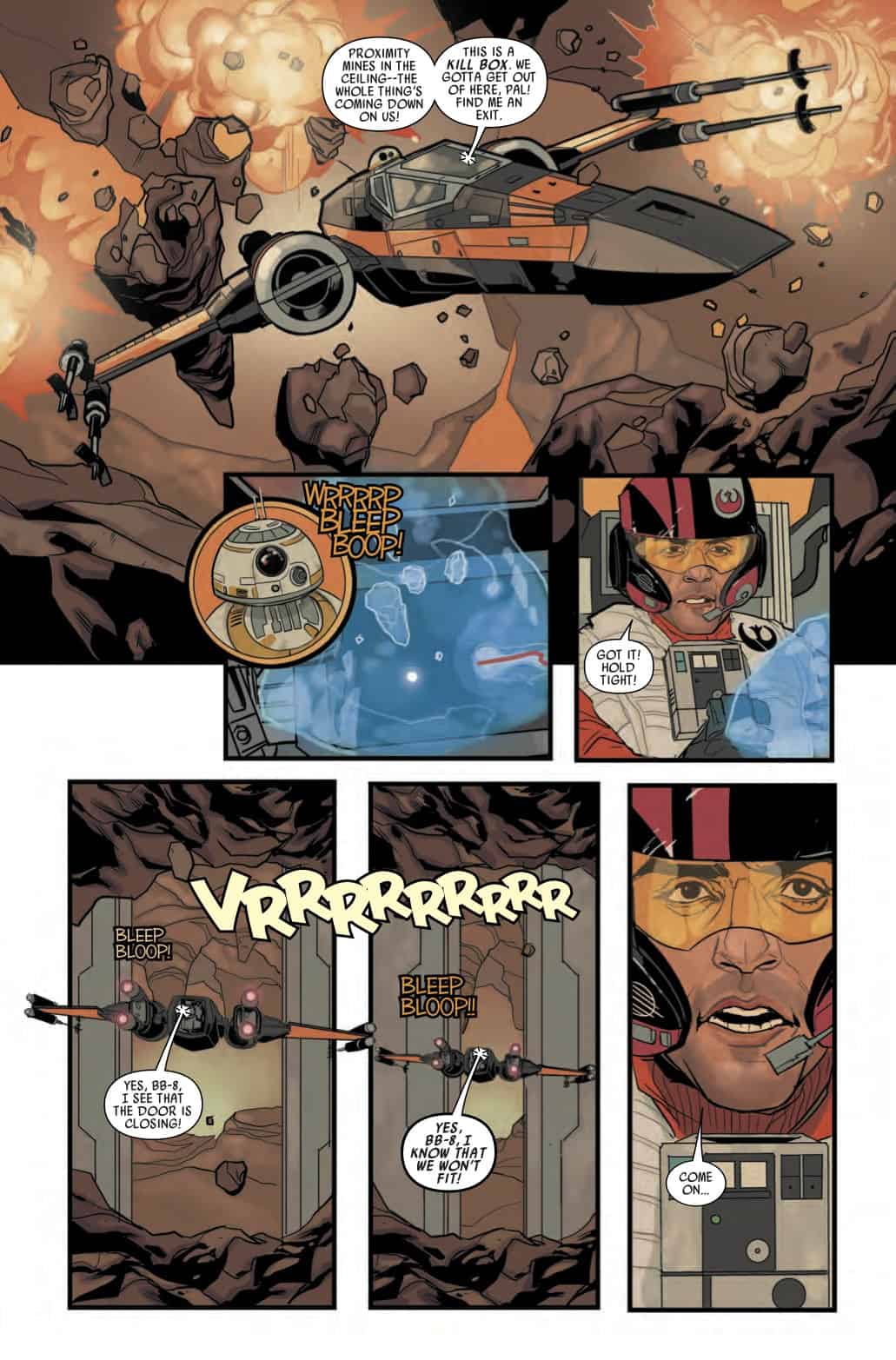 We get five full pages of Poe and BB-8 interacting with each other as they challenge death with every turn, and it’s magnificent, especially when readers supply BB-8’s dialogue. Poe’s cocky attitude draws people in. He is so sure he can do anything, and readers cannot help but feel that this is true. It’s isn’t solely the can do spirit that has fans wanting to know more about the galaxies number one pilot. Poe is also charismatic and genuinely wants to resolve any misunderstandings as peacefully as possible. Honestly, Poe just wants everyone to be pals.

The cave society does feel a little hokey, but at the same time, it fits the universe. When the world comes crashing down people will grasp at any scrap of hope they can, even if it is a giant glowing “egg.”

Phil Noto’s art gives the story weight as characters, props and backgrounds mimic the cinematic universe, creating a bridge between film and print. Opening panels read like a classic Star Wars action sequence, as Poe calms BB-8’s incessant worrying as they barrel through a tough situation. Noto drives the action as much as Soule, creating a story that is far from dull.

How Poe and his team will handle the First Order is anyone’s guess. But one thing is for sure. It will be done in style.