A toast to Matt Fraction &  Chip Zdarsky! For achieving what no one anywhere ever even anticipated. For imagining an asexual character who possesses a similar ability to stop time.  This issue begs more than a few explanations.  Does this new character, Alix, move through the space of the ‘Quiet’ differently than Suzie, Jon, Kegelface, and others? What is up with Carl Sagan’s uncomfortable innuendo?  And why is Alix watching the original version of Cosmos instead of the reboot with Neil deGrasse Tyson? Does this mean the Sex Criminals universe is set in the past? Or maybe even an alternate timeline? Inquiring fans want to know.

The kickoff to the new arc was not encouraging. The shifting tone in the second arc developed well and set a more deliberate pace as it went darker and deeper into Jon’s psyche. At least, there were definitely fewer dick jokes.  The last two issues did not bode well for the new arc.  For whatever reason, Jon & Suzie in the role of actual criminals just doesn’t sit well with me considering what we know about their characters at this point.  At its conception, readers understood Suzie and Jon’s mission to save her library to be altruistic.  Why, then, did this latest story kick off with a very different Suzie and Jon living comically extravagantly off their spoils.

Don’t get me wrong— I’m totally digging the crazy, obnoxious pink angel projection drawn and colored by Chip Zdarsky.  Of everything Sex Crimz has pulled out of its hat, she is by far the most intriguing.  And Kudos to the dream team for pushing yet further where so few have gone (with their asexual character, not the scary spectral magic girl.)  Get ready for some serious suspense in this one.  Alix’s jump into the iridescent ‘Quiet’ retains the shimmery, fluorescent quality of Suzie’s version.  Yet, Alix’s out-of-time-space appears to differ subtly from Suzie’s. Whereas Suzie’s ‘Quiet’ is a playful one filled with swirling pink and purple streaks of light, Alix’s has more greens and blue ones.  I have to say that the ‘Quiet’ effects are definitely worth the time consuming labor they take to create.  Not only do they function to convey light moving at abnormal speeds, but they are also reminiscent of the psychedelic lover’s warm, relaxed trance.  As Alix’s refuge diverges visually from that of the other characters, her development as a character also takes surprising and compelling turns already within this issue.

Sex Criminals #13 silenced my doubts and reservations about the book’s return.  I feared the creative team wouldn’t be capable of attending to the intricacies of this book considering Zdarsky’s other projects (Jughead, Kaptara, Howard the Duck.) It will be interesting to see how the book progresses as it moves away from the two leads, who are quickly becoming the least interesting characters the book has to offer.

P.S. Does it count a SPOILER if its in the backmatter? Just confirmed: Jon is bi! *Let the fist pumps ensue* 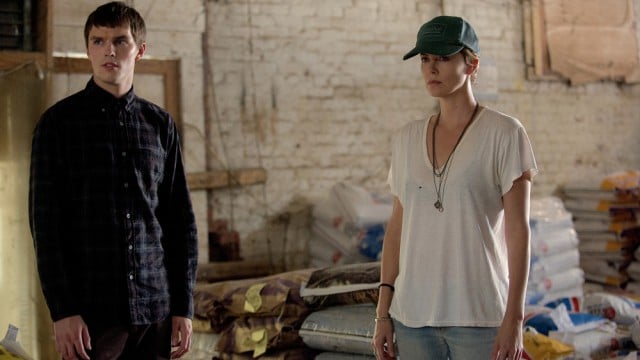