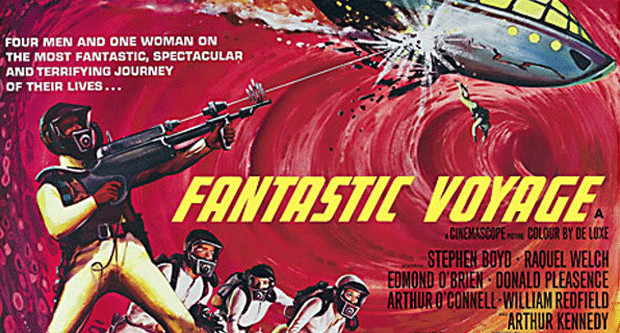 After enduring countless homages, spoofs, and general ubiquity in the pop-culture lexicon, Richard Fleischer’s 1966 sci-fi flick Fantastic Voyage, in which a specialized team is shrunken to microscopic size and injected into a scientist’s body in order to save his life, is getting a proper remake. Producer James Cameron, himself no stranger to effects-driven odysseys, has been attached to the property for some time, but he’s made a rather surprising pick for the director’s chair: Shawn Levy, who’s best known as the man responsible foe the Night at the Museum series. (Don’t fret, though: he also directed Just Married, Date Night, Cheaper by the Dozen, and likely 2012 Razzie candidate Real Steel.)