Slamdance opens tonight and will show 95 films from now through January 27th in Park City, Utah. Sound on Sight will continue to post interviews with Slamdance filmmakers throughout the festival’s duration (click here to read yesterday’s interview with the director of Pleasant People).

Today’s interview, with Director Ben Brewer and Executive Producer Anna Rau, reveals the inspiration and thinking behind their film, Beneath Contempt. Read about why it was important to them to steer clear of clichés and over-done movie devices as they told the murky story of a tragic accident and how this mishap weighs on various lives. You’ll also get to read about how they tricked a convenience store clerk into acting at the last minute, and why a band of police, detectives and firemen showed up to one of their shooting locations.  Beneath Contempt was a project begun at Emerson College, and is their first feature film. Both Brewer and Rau have the same, simple hope for the future of their film.

Synopsis: A young man returns to his childhood home in Massachusetts after serving a prison sentence for killing his friends in a drunk driving accident. Across town, a mother who lost her son in the accident finds herself still completely lost in grief.

How did you get into filmmaking?

Brewer: My dad made films when he was in high school. Because of him my brother and I grew up watching a lot of movies. I remember trying to make a little horror film when I was about 10, which I think is a phase a lot of kids go through, where you get your friends to stand in front of a camcorder and try out as much household movie magic as possible. Then when I found out about super 8 I tried to get one of those cameras, because I wanted to make something that would look like a “real” movie. When that didn’t happen, I forgot about trying to make films until I was about seventeen.

Rau: When I was younger, we didn’t have cable.  We had only the basic channels that came with antennae TV, and even at that the only one my mother really approved of was PBS.  However, she did approve of movies.  She played all of the classics, and all of the epics, so I grew up watching movies like Cleopatra by Joseph Mankiewicz starring Liz Taylor and The Greatest Show on Earth by Cecil B. DeMille.  I also got a big kick out of watching The Ten Commandments every Easter.

When I got a little older I decided I wanted to be an actress and became very involved in theatre and film.  I then had an accident my sophomore year of high school that wrecked my short-term memory – I couldn’t memorize anything or remember lines.  So I turned to stage-managing. I realized I liked theatre, but my true love was film.  I started directing little projects, which got me into Emerson, which I suppose is how I got here now.

Ben, you’ve described Beneath Contempt as “a world not of ‘heroes’ and ‘villains’, but of loss and penance… of people who pray to forget rather than forgive.” What moved you tell the gray area of such a tragic story?

Brewer: I felt that this story, which is one that many people can relate to and have experience with, was one that hadn’t been looked at in a way that was devoid of the typical movie devices that are always used in regard to plot and character. Accidents like the one in the film happen for a variety of reasons, and even when there is a person completely at fault, like in our film, everyone still shares the loss, which is immense, and so it becomes more complicated. There is more than hatred and sadness left in the wake of such a horrible event, and I feel that our movie works hard not to miss that. I wanted to explore the accident and the characters that were left behind to deal with it in a way where the viewer would not be distracted by stereotypes, or obvious narrative constructions. I didn’t want to make a movie about something that is such a painful reality for real people and inject it with blatantly unreal things like antagonist characters or plot twists. How did the story of Beneath Contempt come about? Was there a particular real life occurrence that inspired you?

Brewer: Yes, there were actually a few occurrences that happened when I was younger that inspired different aspects of the film. I feel like because I grew up seeing all representations of criminals and criminal acts in movies and news programs, I was sort of programmed to see the guy in handcuffs on trial as a person who didn’t deserve the same respect as me, because he had done something that labeled him a bad person. But then a tragedy happened when I was about 12 years old that put me on the side of sympathy for the guy who was responsible, the guilty party, and it inspired me to explore philosophically what it means for a normal person to make a series of decisions that cause a tremendous tragedy—what it would be like if I did something that caused people such incredible pain.

What were the main challenges you came across while completing the film (whether writing, filming, editing…)

Brewer: We were lucky in that we weren’t hit with any huge catastrophes during the shooting of the movie that we weren’t able to handle. But making a feature film is very different than a short, mainly because no one tells you what to look out for. It’s sort of like starting your own company—you work really hard and try to think of everything, acting as professionally as possible, but at times it becomes very apparent that you’re trying to run a circus out of your parent’s kitchen, and your biggest worries are all the worries that you know are coming, but that you aren’t yet savvy enough to be considering. We didn’t know how hard it would be to stage a car accident, or shoot inside a prison, or feed a crew for 25 days, but we just sort of did our best. I guess the biggest challenge we had was in educating ourselves about making a feature while we were in the middle of doing it.

Did anything ridiculous/comical occur during the making of the film?

Brewer: We had to trick a person into acting. That was kind of funny. There is a scene in a convenience store, which we shot at this place down the street from my house. We got permission to shoot there, but the person we cast for the store clerk didn’t show up. So we asked the kid working behind the counter that night to do the two lines of the character. People have varying levels of nervousness about things like cameras and acting, and this guy happened to be someone who was totally willing to be on screen but not very good at being natural. He was a pretty hilariously bad actor, in fact. I think it all just caught him off guard.

So Shant the DP, Bill the soundman, Colin our main actor, and myself gathered in the back of the store and quickly rewrote the scene so that Colin could approach him and ask him normal sounding questions, while we filmed it and recorded it secretly. This is a trick that only works once, but luckily it was a success. We were able to get Colin’s reverse shot afterwards and patch it all together, but there was a brief moment where we were going to have a very weird little stilted scene in the middle of our movie. That guy ended up being perfect, even though he didn’t know it.

Rau: We scheduled the car crash on our first day of filming.  We figured there would be no better way to go about this project but to jump in feet first and hit the ground running.  We had coordinated with property owners for a space to “crash” the car, and had convinced a local tow company to tow a wrecked car to the location and flip it for us.  Suddenly, we see a police car racing towards us.  We had forgotten to tell the local police about our plans for the day.  Once it was explained that everyone and everything was alright the officer noticed gasoline spewing from the upended car.  By the end of the day our set was visited by two patrol cars, a detective from the precinct, and two fire engines.  Thankfully, everyone had a sense of humor.

What were your reactions when you were notified that you’d gotten into Slamdance? And what are your hopes for the film’s future?

Brewer: It was overwhelming. We had been rejected from some of the big festivals, so to be accepted into a festival as impressive as Slamdance was very unexpected. I had just gotten off the phone with a company that was looking for payments on my student loans when Slamdance called, so I first thought it was just another debt collector. It took me a minute to realize that I was talking with a person who was the exact opposite of a college loan agent. But our spirits have definitely shifted, we’re way more optimistic about the film’s future, and I think we are all trying to figure out exactly what this means for the film, but also for us as individuals trying to get hired in the industry.

I hope the film gets seen—as simple as that sounds, it is really my only big hope for it. However that happens, on a large scale or small scale, at festivals or in random auditoriums, I just want the film to have its chance with people. The only way I was able to justify shooting such an ambitious project was by telling myself that if I was successful, the movie could potentially help someone reflect on this particular type of tragedy in a new way. Films can leave big impressions, they always have on me, and if my film is going to leave an impression on anybody I want it to be one that is of empathy and understanding rather than cynicism. And hopefully I’ll get to keep making films with that goal in mind.

Rau: Ben took the news very calmly.  I was very impressed.  I, on the other hand, shot out of my chair, turned bright read, and started to tremble a bit.  What can I say?  I’m not good at hiding my feelings.

As for the film’s future, I simply hope it is seen.  I think the story of Beneath Contempt is one that everyone can relate to in one sense or another, and has the ability to create a profound empathy among individuals.  The way the story is told from dual perspectives of the same tragedy humanizes each emotion on the vast spectrum of reactions people have to such incomprehensible and extreme experiences.  It is this inquisitiveness, intrigue, and insight that is so necessary for the success of a more progressive community – be it in a local or international sphere.  After all, we’re all in this together. 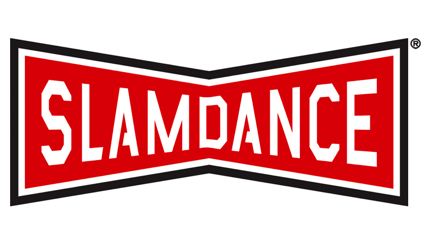