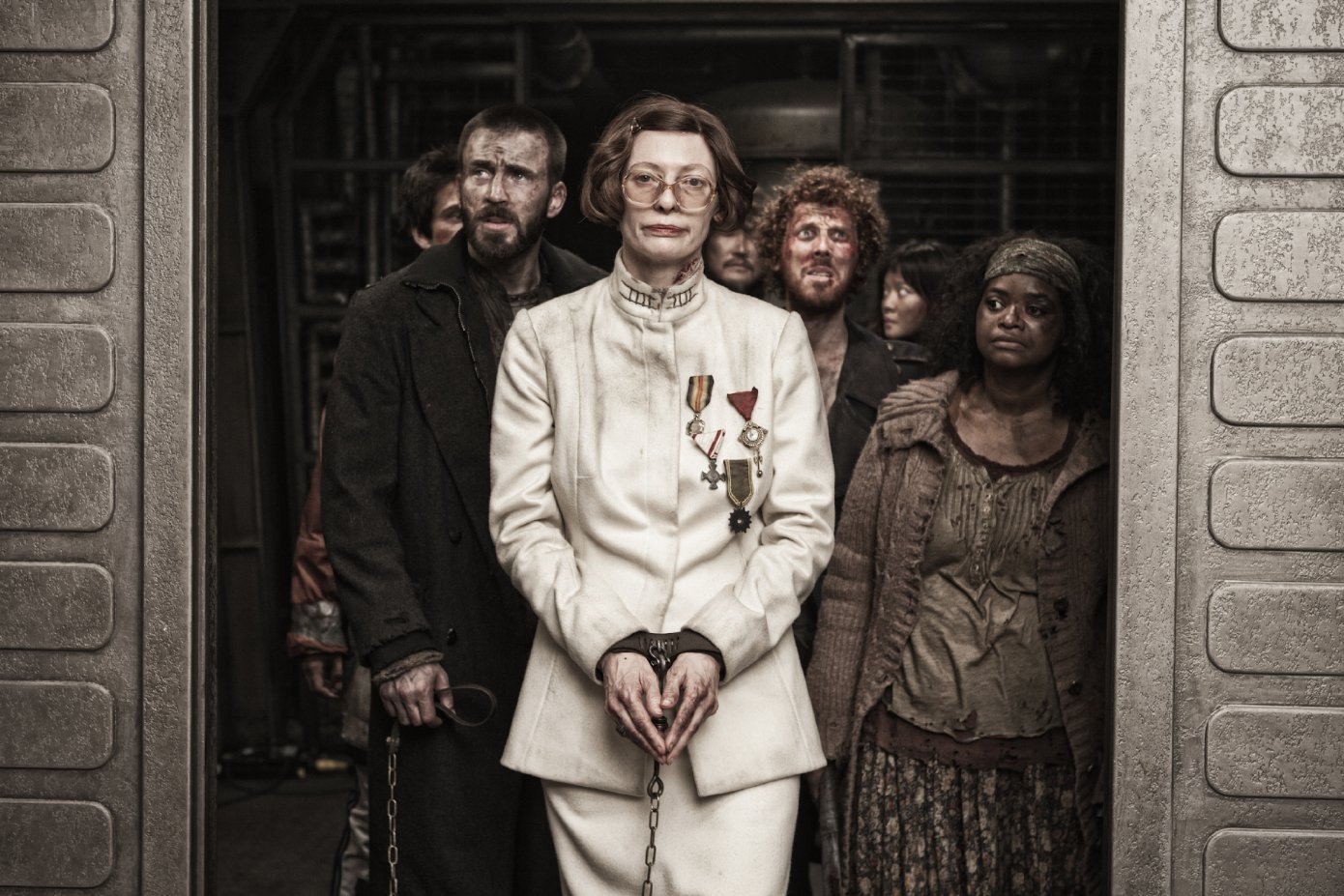 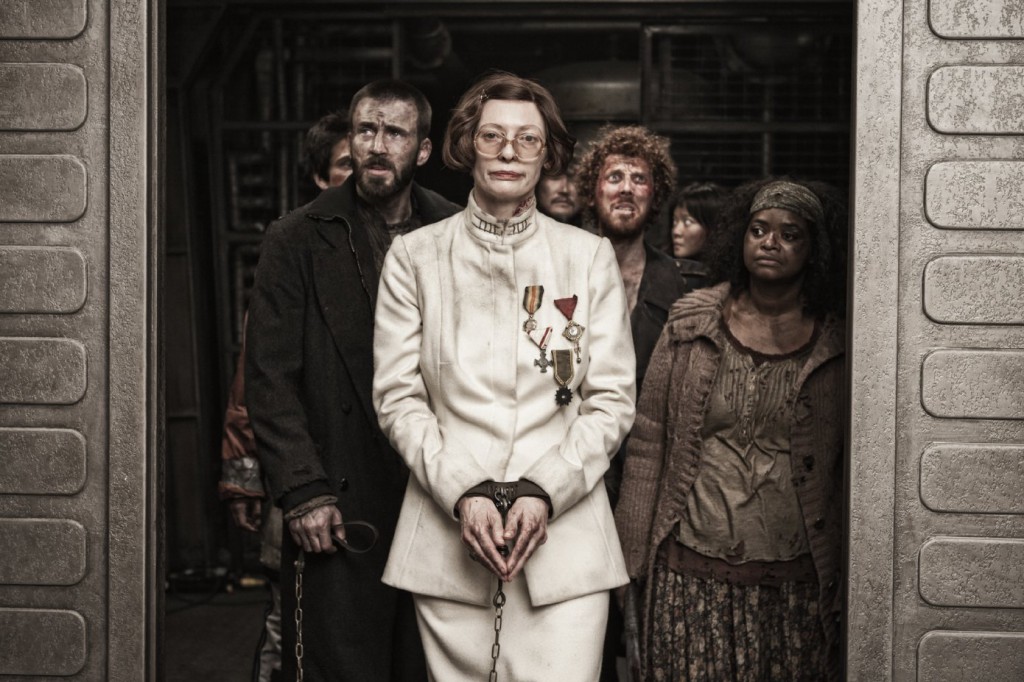 WARNING: The following piece has significant SPOILERS in regards to the plot of the film Snowpiercer. If you haven’t seen the film, go watch it, it’s absolutely fascinating, and come back and read.

The premise to Bong Joon-ho’s Snowpiercer (2013) is one of emancipation from a class system specifically designed for a superficial idea of balance – if there is no poor then there can be no elite. The elite in Snowpiercer enjoy showers and sushi, bright clothes and music; the poor freeloaders enjoy jelly protein bars and a ball that doesn’t bounce. This class system is deemed necessary for the insurance of humanity’s survival, perhaps because it is society’s longest lasting trait – the division of power, the subjugated and the subjugator. To lose this in 2034 is to lose humanity, at least that’s what the haves like to say to the “have nots”. So the impetus behind this revolt is to give equality to all the citizens of the train by taking over the engine – he who controls the engine controls the train and thus the system by which everyone lives.

This egalitarian struggle is admirable, and identifiable to seemingly every generation to exist on this planet – the Occupy Movement was not the first nor will be the last to recognize the deck is stacked, nor will they be the last to not actually accomplish anything about it. Even as Curtis loses comrades in his march up the train, we understand that this is the sacrifice needed for a revolution – to give up now is to go back to nothing. But after Curtis breaks down and explains just how horrible life was in the last train car, in order to persuade Namgoong Minsoo to open the final gate to the engine car a new option is presented: instead of taking over the system why not leave the system altogether? An action that would be neither quitting nor succeeding but rather transcending the issue. Minsoo feels the time is right that humanity can begin to survive outside of the manufactured ecosystem of the Snowpiercer, but it’s an even more risky endeavor than the hell Curtis and the other revolutionaries have gone through up to this point. This seems like madness at first, until Curtis finally understands not only how the engine works but the class system itself.

These revolts are not only manufactured by the elite to serve as population control, but are also done so in cooperation with the sage-like leader of the insurgents: Curtis’ mentor Gilliam(John Hurt). Thus the class system becomes unrecognized mutual arrangement between the oppressed and the oppressor. The elite incite the poor to rebel so that both parties can maintain not only balance of their ecosystem but a sense of personal importance. The rebels’ lives have a purpose, the first class citizens get the gratification wielding power over someone and humanity is preserved.

While this shakes Curtis’ resolve and understanding of his role in society, his decision whether to keep the system the same or to continue with his revolution is complicated by the inner-workings of the engine itself. In order for the train to continue running small children must be taken from their families and used like human cogs in a space so small only they can fit. So even if Curtis takes over the engine he’ll still have to continue this practice in order for everyone to survive. The system is rotten not merely on a human level but on a technical level. With this in mind Namgoong Minsoo’s plan of leaving the train, while still the most frightening prospect, is now the only true path to social freedom – it cannot be achieved within the train for the train itself is broken.

Bong portrays the blowing open of the door as catastrophic, destroying the train completely – once the wall is torn down it can’t be rebuilt – and he chooses to show probably the two meekest characters in the film, Timmy and Yona as the only survivors left to face down this new world. These two have never experienced life on the outside having been born on the Snowpiercer during its 18 year voyage, so presumably if they succeed in reshaping a new society it won’t just be a recreation of the old one. Leaving the train isn’t glorified by Bong as the beginning of humanity’s transcendence – Timmy and Yona are immediately faced with literally a giant mountain to climb and there’s uncertainty that they’ll survive for very long. Blowing up the system was actually the easy part – the real work is in the rebuilding. But with a final shot of a polar bear, thought to be extinct, we know that there is still hope that life can survive in the cold unknown.