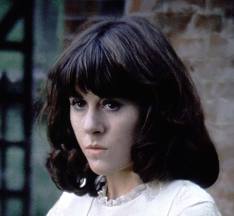 2011 has been a mixed year for Doctor Who fans.   Even though our Universe seems to be becoming larger than ever before, two of its brightest stars are no longer with us.  Following the loss in February of Nicholas Courtney, who played Brigadier Lethbridge Stewart, Whovians were surprised to learn that Elisabeth Sladen passed away yesterday due to complications with cancer.

Amongst many roles, Sladen was best known for her role as the incomparable Sara Jane Smith on Doctor Who between 1973-1976.  It was a role that she would reprise time and again during the years, most notably on the 2006 episode of the new series School Reunion. Her performance there introduced her to a new generation of fans and led to her own spin off series The Sarah Jane Adventures in 2007.

A long time fan favorite, and believed by many to be the quintessential companion to The Doctor; Sladen portrayed the role of intrepid reporter Smith with a certain vulnerability and humour that was at the same time utterly fearless.  Her memorable performances lit up every scene she was in, and over the years she was universally hailed as one of the best ambassadors of the program. Sladen’s middle name, Clara, appropriately enough, means “clear, bright and famous”.

I like to think that as Whovians, we are all in our own way companions of the Doctor.  Yesterday, we lost the best of our number.  Our thoughts and best wishes go out to Elisabeth’s family and friends.   So long, Sarah Jane, you will be missed. There will never be another like you.