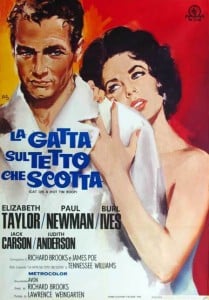 As a child my film watching was heavily informed by a collection of MGM musicals, inappropriately adult Julie Andrews drag films, and Disney. As I entered grade school my passion for film was still virtually non-existant. Reading and television had a far more powerful draw and it is only in my early teens that I was pulled into the spectacular world of cinema.

I was an avid reader of plays and decided one day that I was not doing them justice by merely reading them cover to cover and that I should be watching them as well. Using dial-up internet I found that Paul Newman, an actor I was vaguely familiar with, had been in an adaptation in one of my favourite plays by Tennessee Williams. It was summer and I spent a few weeks walking around the city searching for a copy of this elusive film. I eventually found it in a local library, which happened to have a collection of several thousand films on VHS and a growing collection of DVDs. That summer I jumped into their collection and have never looked back.

Cat on a Hot Tin Roof was not necessarily a revelatory experience that showed me the great powers of the medium but it was a key to a new world. Now, nearly ten years later, I have revisited the film to review it with fresh eyes. I am not a particularly nostalgic person, and my review is a little harsh, but I know this is still a film I will revisit again over the years. 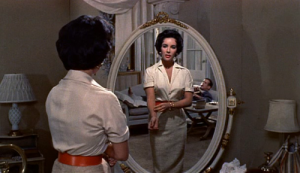 If it were not for Elia Kazan’s steamy adaptation of A Streetcar Named Desire (1951) seven years earlier, it would be easy to write off Brooks’ sanitized adaptation of Cat on a Hot Tin Roof (1958) as a reflection of a repressed era. The production code was still going strong but it didn’t mean that many filmmakers didn’t find their way around it, and the decade had no shortage of sexually charged filmgoing experiences. Though quite clearly about sex, the narrative skirts around the racier language and riskier plot points that made Tennessee Williams’s play so evocative.

Injured and drunk, Brick has returned back to his childhood home with his wife, Maggie, to celebrate his father’s sixty-fifth birthday. The film’s early drama revolves around the tension between the young couple as Brick’s boiling hatred for 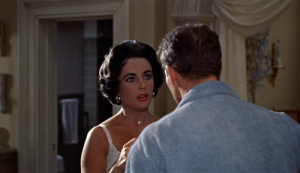 his wife has turned him to alcohol as he rejects her almost constant sexual advances. The first half of the film is basically the Maggie show, our titular Cat on a Hot TinRoof. We come to understand the dynamics of the family and Brick’s emotionally crippled world view through her almost continual monologue as she paces around their bedroom in a revealing white slip.

The integral removal of the homosexual subtext between Brick and his friend Skipper, who commits suicide before the narrative begins, makes the reason behind Brick’s anxiety more ambiguous. Some of the tensions persists and Maggie is seen less as an adulteress than a legitimate sexual rival. This is more problematic than the original play, turning Maggie’s sexual possession from something to be admired to a threat to Brick’s masculinity. Overall though, there seems to be a lack of focus in the direction of frustration and anger. Paul Newman gives a good performance considering, but the script leaves him grappling at straws more often than not.

Elizabeth Taylor on the other hand is an absolute sexpot. She exudes sexuality and does more work implying the Gothic heat implicit in the narrative and locale than any other aspect of the filmmaking. Brooks has a very limited visual style and does little to make up for the sanitized writing. His strength lies in the direction of actors and at the very least, he does not shy away from painting unsympathetic portraits of his cast. At the very least, we are struck by the true and revolting horror of the brood of “no neck monsters” that might be the future inheritors of Big Daddy’s fortune. Otherwise, his direction seems to be focused on mise-en-scene that has actors moving in different plains of depth. For most of the film, 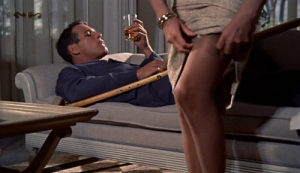 the scenes unfold in mid to long shots, characters never looking into each others eyes. A sense of disconnect is convincingly drawn.

The film similarly addresses issues of grief and death. Big Daddy, an imposing patriarchal figure, is left unaware that he is close to death with his family scrambling to take their piece of his large fortune before he kicks the bucket. Though it ultimately falls behind a lot of its contemporaries (all of Kazan’s adaptations of Williams’ work from this decade outdo Brooks at every turn), Cat on a Hot Tin Roof is still worth recommending. At the very least, there is perhaps no couple more attractive than Paul Newman and Elizabeth Taylor in film history, and their chemistry is palpable. 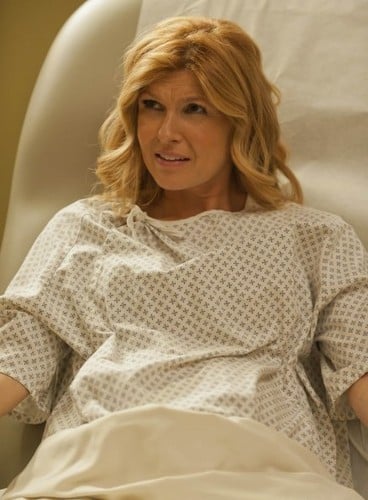