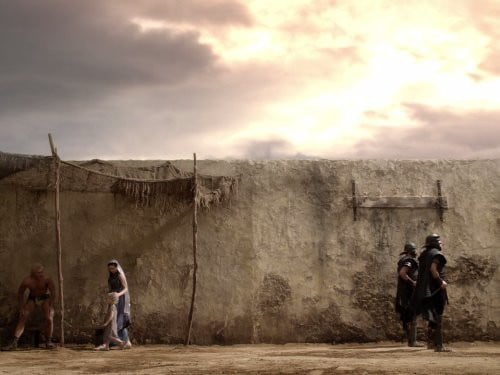 While this episode’s title reminds us that great things are destined for Spartacus, “Great and Unfortunate Things” focuses more on the unfortunate things in the wake of Sura’s murder. The tremors are not limited to Spartacus himself, either. Spartacus as a series has proven to be so much more than its central character that it’s no surprise that nearly everyone’s lives are altered here in a way that doesn’t have to be related to Spartacus’ own demons. One of the episode’s central ideas is how the gods play a role in people’s lives. That lack of autonomy extends throughout this story and shows just how defenseless some people are to their own fates.

Spartacus is, of course, the focal point, but since this is Pietros’ final episode, it makes sense to begin with him. In some sense, it’s a mercy to both the character and the viewers that Pietros doesn’t outlive the hour, since it’s unlikely that he ever learns the truth about Barca before some similar fate befalls him; having to carry around the weight of believing that one’s lover, both in body and spirit, has abandoned oneself is even too much for a story intent on portraying the cruelty of life accurately. Gnaeus’ treatment of Pietros is something that needs no expansion, since there’s little to nothing that alters the nature of it behind closed doors. That said, it’s interesting that we don’t get more scenes from Pietros’ perspective if just to better understand the feelings that he’s struggling with. In many ways, he’s experiencing a kind of grief that aligns him with Spartacus, and perhaps there is more to explore there. Instead, unfortunate things are simply unfortunate things, which is more than enough to make the tone of this episode hard to take in.

What pushes it over the edge, though, is how we get Aurelia–Varro’s wife–in the aftermath of losing Sura. Varro continues to differentiate himself from the typical gladiator by not following the path of violence that Gnaeus takes to take advantage of a situation or to express feelings. Varro is certainly hurt at the situation Aurelia has found herself in, but it’s implied that his pain is more keenly directed at himself than at her. Had she not asked him where he was for all of this as Titus was forcing himself upon her, Varro’s reaction still makes sense for his character: rather than punishing those around him, he punishes himself. He does speak brash words towards Spartacus but immediately takes them back, retreating into self-pity and dice, the vice that found him in the ludus to begin with. Although Crixus has been built more strongly as the point of comparison and contrast to Spartacus, Varro is certainly not far behind; bringing in interactions with his wife while Spartacus has to look on after losing his own wife makes those parallels more explicit. And, if history has a way of echoing in the halls of Spartacus, it doesn’t bode well for Varro’s family.

Crixus can barely deal with life as it is now, as well. He’s awoken to a world of shit, as he puts it; Spartacus is champion and Barca is gone. The difference here is that Crixus does not find himself alone. Pietros is alone. Varro and Spartacus, previously joined by a remarkably strong bond, find their own personal conflicts getting in the way of their friendship–to a degree–and are also alone in this episode. Crixus has Naevia, who says there are positive things to be plucked from the tragedy that surrounds them. Even if Crixus can’t rise at the moment, at least it gives him a reason to be by Naevia’s side. “Great and Unfortunate Things” doesn’t go so far as to claim that being with someone rather than being alone is the only route to success. Spartacus, after all, wins his battle in the arena against six other men without aide (though, you could make a claim that Sura is with him in those moments). But even so, paying attention to how well characters in Spartacus function on their own versus how well they function alongside someone else is something worth paying attention to. When Crixus is able to get back to training, he is without Barca, the person who was always next to him on the sands of the ludus. So, once he loses Naevia back to the difficult circumstances they were in before his fight with Theokoles, he is, like so many other characters at this point, alone.

This, however, is not a presiding characteristic of Spartacus, which has shown the strength of unity and the ability to find good amid a sea of troubles. But as a mid-point in a season, it makes sense. Spartacus takes on the mantle of the storied characters of both the Roman Rufus and the Spartacus he gets his name from (“I…am…Spartacus!”). Relinquishing control to the gods he does not believe in doesn’t set up the character’s path going forward, though. It merely shows from what depths Spartacus will have to arise to become the man he’s meant to be. Unfortunate things abound at this point, but that does not mean we lose sight of the great things that have happened thus far and that have yet to occur.

– Doctore is piecing together this whole Barca mystery rather nicely. We never really got much interaction between those two characters, but it’s clear that Doctore cares about what goes on in his ludus. Like Crixus, he has shifted from someone who could easily have remained an antagonist to someone possessing admirable and sympathetic qualities. His chat with Spartacus, for instance, shows both his passion and restraint, as he is unwilling to sacrifice the good fortune of the House of Batiatus for something that didn’t happen.

– Why Ilithyia is the Best Character on This Show: “I long to see his sword thrust home.” I’m sure you do, Ilithyia.

– Sura, in flashback, claims that Spartacus “will never love another woman.” Noted.

– The various characters’ demeanors during Sura’s funeral are fantastic. Varro is at the head of the pyre, holding a torch as you would expect a close friend to. Lucretia is looking on from above with vague interest. And Ashur is basically eating popcorn.

– The first words Crixus speaks to Batiatus? “When will I fight again.” Now that is a champion of Capua. 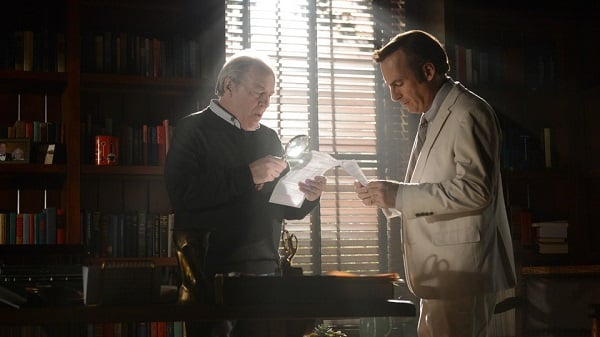 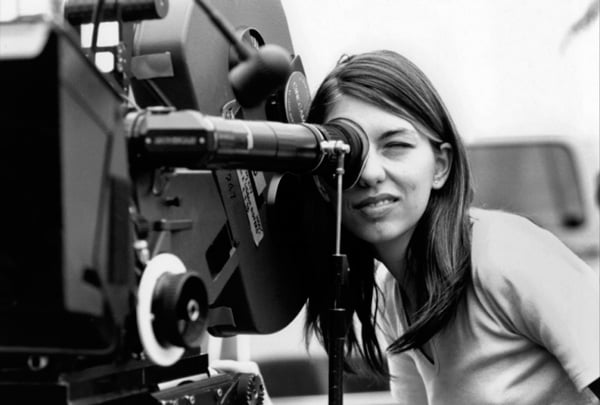