It could have done so well. All of the pieces seemed to be in place for something special. With two very popular actresses in Amanda Seyfried and Megan Fox, Diablo Cody coming off an Oscar win for her Juno screenplay, and early press inviting comparisons to cult-favorite Ginger Snaps (2000), Jennifer’s Body (2009) was set to be one of the hits of early fall. 20th Century Fox, or rather the now-defunct Fox Atomic, even exploited Fox’s sex appeal in advertising, and at that time, if there were any truth to the old adage that ‘sex sells,’ then this film would have hit an adolescent goldmine – which would have meant good business for 20th Century Fox, given the film’s $16 million budget.

It didn’t pan out like most would have suspected. The film never found its audience, practically limping its way through its theatrical run and finishing with $31.6 million. Critics didn’t take too kindly to Cody’s second effort, either. Although the film may have received a mixed to negative response, most of those who didn’t like it seemed to despise it. For example, some have said that Jennifer’s Body “falls into the dispiriting category of dumb movies made by smart people,” that “the execution fails on almost every level,” and that it “seems designed more to be quoted than watched.”

Although another old adage suggests that ‘hindsight is 20/20,’ I have no doubt that if these critics were shown the film now six years later, many, if not all of them would feel the same way. I wonder, however, if they might find something different beneath the pop-gloss that, while it may make brief cameos in Cody’s writing, was seemingly forced upon the film by misguided advertising. I wonder if they might find what I have; a party film choc-full of subtext that hasn’t quite found the cult following that maybe it deserves.

Perhaps one of the easiest ways to view Jennifer’s Body is as a film of contrasts, not only because it is a horror-comedy, but also because of the successes of its personnel. As previously mentioned, screenwriter Diablo Cody had recently celebrated an Oscar victory with Juno, her screenwriting debut. It wasn’t too long after her win that Jennifer’s Body was announced as her next project. Director Karyn Kusama, on the other hand, had been experiencing different fortunes. Although she made her way onto the scene with the critically acclaimed Girlfight (2000), she followed up her debut with the big budget disaster Aeon Flux (2005).

There was a stark contrast between the film’s two leads, as well. Michael Bay’s Transformers (2007) introduced everyone to Megan Fox, and when that film tore through the summer box office, her popularity seemed to almost skyrocket overnight. Until the film adaptation of Mamma Mia! (2008) premiered, most people would have only known Amanda Seyfried as Karen Smith, one of Regina George’s ‘Plastics,’ from Tina Fey’s Mean Girls (2004). Between the first two Transformers films, Fox really transformed herself as an action star, so Jennifer’s Body was certainly a different sort of project to take on. It was a different sort of project for Seyfried, as well, and given her previous filmography, hearing her shout “I recommend you shut the fuck up!” near the film’s opening certainly causes a delightful jolt.

So what is the best way to view Jennifer’s Body? Well, between Cody’s quippy, Heckerling-inspired teen speak and the thought of Megan Fox playing a possessed cheerleader who devours unsuspecting male students, it’s safe to assume that a party atmosphere offers the best viewing experience. With regards to Cody’s dialogue, however, it’s understandable that not everyone’s a fan. Some might find her artificial representation of how teenagers talk a creative twisting of trendy English, whereas others might find her pop sensibilities dreadfully painful to listen to, much less read in a screenplay.

Those of us who don’t mind, however, will get a kick out of lines like, “It smells like Thai food in here. Have you two been fucking?” Heavily inspired by both Heckerling and Tarantino, there is some sort of inherent entertainment value in Cody’s prose. Curiously, in an interview with Twitch, Cody said that the film was never meant to be funny at all. She says that, at first, the film was intended “to be intense, poignant, and dramatic,” and even though “as [she] wrote it, [she] found humor creeping in and it started to become campy,” she rolled with it. The end product is something that, while admittedly a tonal jumble of comedy and drama, is endlessly quotable.

Perhaps equally as divisive as Cody’s writing, Megan Fox took the role of a high school alpha female turned demonic high school alpha female and ran with it. The way she carries herself in the role suggests that she is completely sure of herself, that the behaviors and quirks of Jennifer she exudes are natural. She is very comfortable in the skin of a femme fatale, and with Cody’s dialogue in hand, her presence in this campy universe is magnetic. In fact, Jennifer feels like a subversion of how Fox was marketed. Utilizing Fox’s sex appeal to bring in a male audience feels like a farcical idea due to Jennifer’s predatory nature against high school boys.

There is plenty of horror goodness for people to lick their chops at, as well. Scares aren’t exactly the point in this feature. Gore isn’t so much the point either, as much of the killing remains off-screen, but there is still plenty to rave about. Great moments include J.K. Simmons finding the corpse of a star football player and his innards strewn throughout the woods, Fox cupping blood out of the body of a goth kid, and Fox pulling a pool skimmer out of her abdomen. Even though Cody cited The Evil Dead as an influence, to completely focus on gore would be a disservice to the film’s overall point.

While Jennifer’s Body can be a solid go-to genre film choice after you’ve had a couple, the material within is much more dense than its pop entertainment surface may suggest. We first see Jennifer and Amanda Seyfried’s Needy near the opening of the film. We see Jennifer lying in bed, looking pale and fatigued while she watches an exercise/nutrition infomercial. We get a close-up on Jennifer’s face, then freezes on this image as Needy says in a voiceover, “Jennifer didn’t always look this rough.”

It would be easy to call Jennifer an antagonist, of sorts, because she is the one committing these gruesome acts, but she is a victim in more ways than one. Objectively, she is a victim because of the band members who tried to sacrifice her to achieve fame and glory and break out of indie stagnancy. But Jennifer really is a tragic figure because she, as a popular high school girl, gets boxed in by these expectations of her. She has to be flawless in appearance, she must be confident, and most importantly, she is not allowed to be insecure because of her supposed perfection. In an interview with Shock ‘Til You Drop, director Karyn Kusama said she embodies “those girls who were so beautiful and so desired by everyone, but who seemed so trapped by their beauty.”

From the outside looking in, it’s really easy to believe that those in the ‘in crowd’ in high school have it all, that they don’t experience the same personal struggles that the other kids do. In an interview with Slant in 2009, Cody said, “We all know Jennifer types because society creates Jennifer types.” It goes without saying that those Jennifer types are a result of both societal pressures and pressures created by high school social hierarchies. The demon possessing Jennifer brings out all of her insecurities – when she isn’t full, at least – and rarely is she able to feel comfortable in her own skin.

There’s a lot more to Jennifer’s Body than meets the eye. While it may appear like any other example of popcorn entertainment that you can appropriately turn your brain off for, there’s a lot more going on underneath the surface. In the interview with Twitch, Cody confessed that neither she nor Kusama “expected the film to be a blockbuster,” and said she was surprised that the studio “thought this was going to be this great big Megan Fox movie.” Perhaps they didn’t expect much from it, but it deserved more than the half-assed marketing campaign that accompanied it.

The great thing about cult films is that they don’t need to be perfect to be immensely loved. It hasn’t happened yet, and maybe it won’t happen anytime soon, but Jennifer’s Body deserves a fan base with a heart big enough to carry it forward through cult fandom. 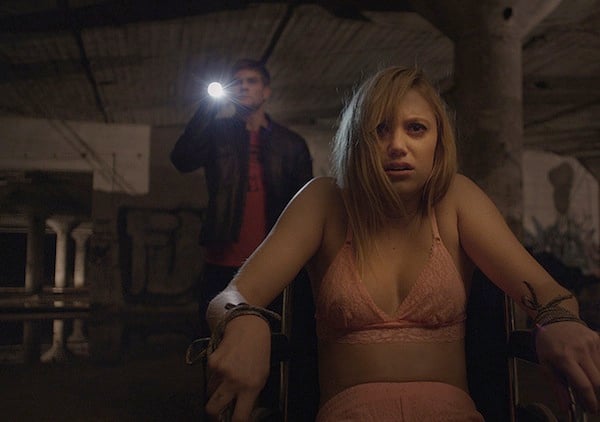