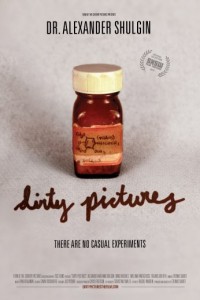 The Jury and Audience Award-winners of the South by Southwest (SXSW) Film Conference and Festival were announced at the Festival’s closing Awards Ceremony hosted by comedian Eugene Mirman in Austin, Texas. Feature Films receiving Jury Awards were selected from the Narrative Feature and Documentary Feature categories. Films in these categories, as well as the Spotlight Premieres, Emerging Visions, Midnighters, Lone Star States and 24 Beats Per Second categories were also eligible for the 2010 SXSW Film Festival Audience Awards. Only Narrative and Documentary Feature Audience Awards were announced tonight. Spotlight Premieres, Emerging Visions, Lone Star States, 24 Beats Per Second and Midnighters Audience Awards will be announced separately on Monday, March 22.

SXSW also announced the Jury Award-winners in Shorts Filmmaking, and Film Design Awards, and Special Awards, including the SXSW Chicken & Egg Emergent Narrative Woman Director Award and the SXSW Wholphin Award.  Details can be found at www.sxsw.com/film, as well as highlights from the Awards Ceremony at www.youtube.com/sxsw starting Monday, March 22.

“I wasn’t sure how we could top or even present a program as strong as SXSW 2009, but it feels like we did,” said Film Conference and Festival Producer Janet Pierson, “There are some films that are rocking crowd pleasers, some that are refining the form or finding a voice, several that are inspiring, and fortunately, a wonderful few that are truly original visions.  We are thrilled to be able to celebrate those tonight.”

Runner Up: White Lines and The Fever: The Death of DJ Junebug
Director: Travis Senger

Runner Up: One Square Mile of Earth
Director: Jeff Drew

Special Award – The Chicken & Egg Pictures “We Believe in You” Award: