Not many people were disappointed in the failure that was Tony Hawk’s Pro Skater 5. It’s hard to disappoint fans when we expect failure. Before we can be disappointed, first we have to believe in the product that you’re selling to us. Below is not a list the worst games of 2015, but 5 games which could have achieved so much more. 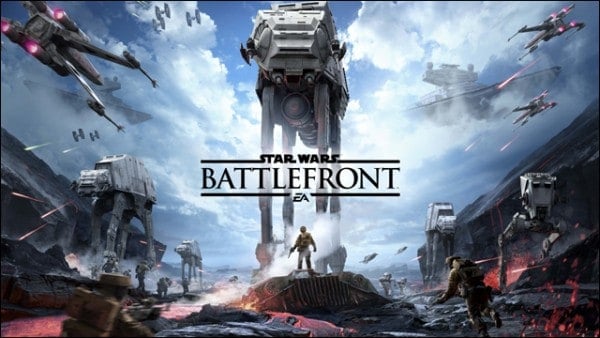 This cannot be over stated: Battlefront looks and sounds incredible. When you take into consideration the sheer amount of havoc happening on these massive maps, it’s truly amazing that the game can look so damn good while running so smoothly. From an audio and visual standpoint, DICE could not have done a better job, and to top it off by providing players with dedicated severs to ensure that the huge 40 player battles go off without a hitch, DICE truly deserves be congratulated. But, the problem is, after playing the game for a few hours, you’ve seen pretty much all it as to offer.

Battlefront does not have a single player campaign. It does have a horde mode that can be tackled solo, or with a friend, but the mode is shallow and it’s been done to death. If you’re buying this game, it’s to play the online multiplayer. And even then, the game launched with only 13 maps. That’s not a horrible number or anything, but for a game that offers you nothing but multiplayer, there should have been more. DICE has promised more maps to come in the future, and players willing to pre-purchase them can slap down another $50 USD(!!) to get the season pass. For players looking to own all the content, current and future, that brings the total cost of this game to $110 USD. Insane.

Star Wars Battlefront is a good game, from both a technical and mechanical standpoint. You can bet that a year from now there will still be a decent amount of people online playing Walker Assault on Hoth and Endor. But, as a long time fan of the Star Wars franchise, and more importantly as a fan of the original Battlefront games, one cannot help but be disappointed that a massive game funded by EA in the year 2015 has less content in it than the previous game in the series which was released way back in 2005. 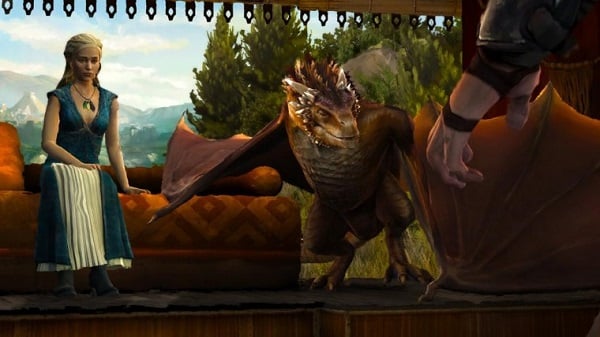 Telltale promised us an engaging story that we’d be able to mold depending on the decisions we make, but instead we got quickly stitched together cash grab of a game that fails to satisfy even the most diehard fans of the book series. 95% of the choices made throughout the game’s 6 chapters have no impact what-so-ever on how the story plays out, and the mass majority of the game’s plotlines are left unresolved when the credits role. The game is riddled with technical problems, from a poor frame rate, to numerous glitches and poor graphics.

Its rather dumbfounding that Telltale could succeed in making a great point-and-click adventure game within the Borderlands universe, but somehow fail to give the world of A Song of Ice and Fire enough attention to make an even passable experience. 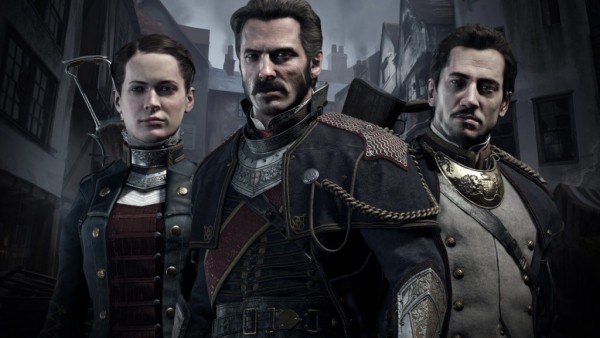 The Order 1886 was announced and shown for the first time at E3 2013. The announcement trailer started by telling us all the footage we were about to see was captured in-engine, and wow, it looked fantastic. We were introduced to the four protagonists, and got a glimpse into their fascinating steam punk/sci-fi world. An interesting conflict and detailed setting are hinted at in the trailer, but not really explored. It was a good tease of what many hoped would have been a PS4 launch title. That E3 was a huge event for Sony, and The Order was one of the most talked about games, right up there with Destiny, Final Fantasy XV and Kingdom Hearts III.

Unfortunately, The Order wasn’t a launch title, in fact it came out over a full calendar year after the PS4’s launch, and on top of that, the announcement trailer lied to us. It didn’t lie about capturing its footage in-engine, that was true, and the game is a graphical marvel. What it lied about was the interesting setting, characters, and story. None of those things actually exist in The Order 1886. Yes, the game is a beauty to look at, but it gives you no reason to play it. The story and characters are insanely boring, and the gameplay is near non-existent. The entire game can be completed in about 4-6 hours, and offers absolutely no replay value.

The Order 1886 is essentially the PS4’s version of the Xbox One exclusive Ryse: Son of Rome. Both are gorgeous games that were meant to usher in a new generation of gaming, but both are extremely shallow experiences that offer very little aside from their visual flair. They’re both essentially tech demos made to show off the power of their respective consoles. The difference between them? Ryse was actually a launch title, so while it was disappointing how bare bones the game was, that’s kind of expected from launch titles on brand new consoles. The Order came out 16 months after the PS4’s launch, so there’s no excuse for this game to be so one-dimensional.

Between the game’s announcement and its launch Sony and Ready at Dawn showed us a few snippets of the game, and ensured us time and time again that we were going to get something special. And they were right. Not many full priced retail games can be purchased, 100% completed, and returned to EB Games for a refund all within 5 hours. Special indeed. 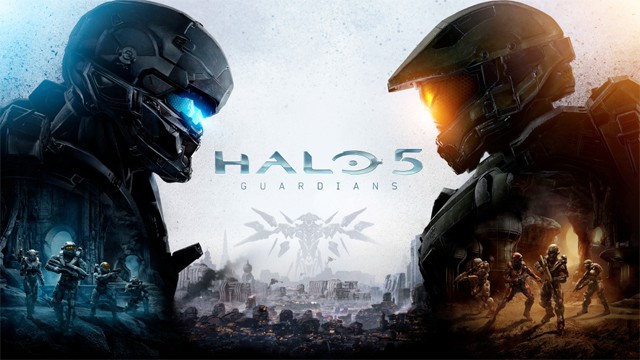 When Bungie left to become a 3rd party developer, Microsoft gave the keys of their treasured franchise to their newly formed internal studio, 343 Industries. With Halo 4, 343 drove the series head-on into a tree. Microsoft put Halo back in the shop, gave 343 some more money, and asked them politely to take it for another spin. 343 gladly obliged, and on October 27th 2015 they proceeded to drive the series into a lake.

Halo 5 was a failure from the moment it launched its ad campaign. Commercials and trailers were created with the intention of making fans think that the Master Chief had turned his back on humanity. Fans were led to believe that the game’s mission structure would be split up similarly to Halo 2’s, with players controlling the rogue Master Chief for half the campaign, whiling spending the other half controlling SPARTAN Jameson Locke as he hunts down John 117. As it turns out, the Chief doesn’t actually forsake humanity, you only get to play as him for 20% of the game, and Locke doesn’t actually hunt the Chief but just follows him around and politely says “please come with me sir!” over and over until he decides to help the Chief out.

For the first time in franchise history, the player controlled character is followed around by a squad, meaning you’re never alone. In concept, not a terrible idea, since SPARTANs are known for working well together in Halo lore, but in execution it doesn’t work because 343 designed some of the single worst artificial intelligence ever conceived. When commanding your A.I. team mates to shoot an enemy, regardless of what weapons they have equipped, they’ll run into melee range of the enemy and get murdered by all the surrounding foes. If you don’t explicitly tell them to focus fire on a target, your companions can often be seen standing around doing absolutely nothing. Thankfully, if you fall in battle, your team mates can revive you, but unfortunately, more often than not they’ll run up to your body and just stand next to you while you bleed out, adding insult to injury. The horrible A.I. isn’t only limited to your teammates; if enemies are a certain distance from you they’ll gladly ignore the battle going on in front of them, and if you keep your distance and shoot them they’ll stand still and eat bullets until they die. A former high point in the series, the A.I. in this game is mind-bogglingly bad.

Surprisingly, the core game play featured in Halo 5’s multiplayer is actually the best in the series since Halo 3, but unfortunately the experience is marred by several horrible design choices . The game launched missing several key playlists (seriously, no Big Team Battle!?), they opted to go with Halo: Reach’s horrible ranking system rather than the much loved Halo 2/3 style ranks, the map rotations for each playlist are extremely limited leading players to run into the same 2 maps constantly, and the overall map design is simply terrible when compared to the Bungie made Halo games. And let’s not forget the highly touted new Warzone mode, which is nothing more than a competition to see who can get the killing blow on the A.I. enemies. Plus, it has micro-transactions allowing players to spend real money to get an advantage. What a mess. 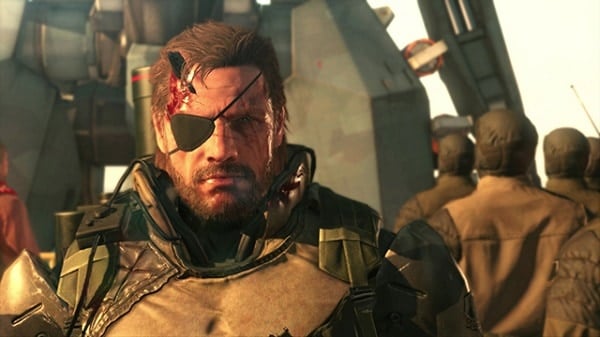 Metal Gear Solid V is a triumph in many ways. The game has amazing animation and fantastic controls, good artificial intelligence, a wide array of options for tackling mission objectives, and most importantly it features the hands-down best stealth gameplay ever created in video games. Unfortunately, The Phantom Pain deviates heavily from the franchise’s established methods and in the process the game loses some of that distinct Metal Gear feel.

Series director Hideo Kojima has been quoted saying how much he enjoyed working on the PSP game Metal Gear Solid: Peace Walker, and that game’s influence on MGSV is readily apparent. First of all, the Fulton recovery system from Peace Walker is a key part of MGSV. Thematically it makes sense, Snake needs to populate Mother Base with soldiers, so why not steal the enemy’s forces? The problem is, the Fulton simply makes the game way too easy. From Fultoning soldiers you’ve incapacitated so they don’t get found, to Fultoning a tank mid fight, the Fulton simply makes the game feel less tactical than the previous 4 mainline entries in the series.

Perhaps the biggest influence Peace Walker had on MGSV is the mission structure. Peace Walker was released on a handheld device. Typically, handheld games are broken up into smaller chapters, as people on the go tend to play in short bursts. Breaking Peace Walker’s campaign into a mission based structure made perfect sense, but not so much for MGSV. The Metal Gear Solid games have always been extremely cinematic story driven experiences, and thus they heavily relied upon the careful pace that Kojima plotted out. With the mission based structure of The Phantom Pain, and all the side objectives, the game’s pace is pretty much in the hands of the player. While this approach works for games like the Fallout series, such a loose structure feels distinctly non-Metal Gear.

Even with the minor grievances mentioned above, MGSV is an extremely well refined game. One cannot help but feel that if the game was fully crafted into the vision Hideo Kojima originally pictured in his mind, then MGSV may well of been the best in the series, and one of the best games of all time. Unfortunately, the MGSV we received is not the game Kojima envisioned. Its clear as day that the game is unfinished, from the incredibly abrupt ending to the fact that the game has little to no story elements. While all the details about the falling out between Kojima and Konami have not yet been revealed, it’s pretty obvious that Kojima wanted to delay the game, and Konami simply forced him to release it before it was ready. Many were expecting MGSV to close the gap between Peace Walker and the original Metal Gear, but instead we got an unfinished product with a cliff hanger of an ending, and now the father of Metal Gear will probably never work on the series again. For this reason, despite all the game’s accolades, MGSV is a heart crushing disappointment.