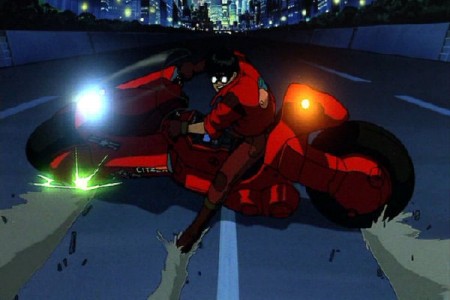 Late last week, the production of the long-debated live action adaptation of Akira was again put on hold due to ‘budgetary and script differences’.  The decision wasn’t surprising – since Warner Bros. announced their intention to release a Westernised version of the beloved anime in 2002, Akira fans have vocalised their concerns and generally protested the idea.  The decision to cancel production ends years of development hell and a lot of debate amongst fans, but it is also something else.  It’s another adaptation saved from having its ‘plus-points’ being Westernised just for the sake of it.

It’s a cultural aspect that has bothered me for years.  Ever since the book Memoirs of a Geisha was remade by Chicago director Rob Marshall, it is a creative idea that I find quite infuriating.  I am a big fan of the book, so I was excited about news of its initial production.  Instead, the film featured established yet Chinese actresses and had the characters speaking English, yet the characters and story are based in Japan.  At the time, I saw it as a possible showcase for Japanese talent or a production that will be as immersive as the book.  However, as beautiful as the film ultimately became, I did not find myself absorbed in the story due to the certain aspects influenced by Westernised culture. Another example is the 2006  Academy-Award winning drama The Departed by Martin Scorcese.  As an Asian, I love  the original film, Infernal  Affairs starring Andy Lau and  Tony Leung – a film so popular  in its native Hong Kong in  2002 that it had a prequel, as  well as a sequel, both released  in the following year.

So, why was there a need to re-develop it?

There seems to a cultural influence over the decision.
People do not want to read subtitles during a film and they want it to be in a ‘relatable’ location.  Most of the hidden gems of Eastern cinema have already been remade for the convenience of Western audiences – in terms of settings, dialogue and social references – this, in essence, deprives them of the essentially cultural experience that makes them so great.

The obvious reason for this is for movie studios to get on the bandwagon to quick cash, but to what cost? Film studios aim to make features that cinemagoers will enjoy. However, when film remakes are brought up in conversation, there will be viewers who do not realise that they are essentially watching a celluloid copy of something that is, in many filmgoer’s eyes, wonderful.
There are film fans that are faithful to original material and do not see the need for two films of the same premise.

What’s your opinion?  Thoughts on a postcard please…