There’s a lot at stake in the final moments of The Witch, the terrifying feature film debut from writer/director Robert Eggers, and the scene isn’t as unambiguous as it may seem. As Thomasin (Anya Taylor-Joy) descends into the woods, ostensibly joining the coven which has been terrorizing her family, Eggers appears to validate the concerns voiced throughout the film: witches are real, and they can entice former Christians to join them. But Thomasin very well may just have an active imagination, one fueled by her anger towards the patriarchal Christianity her father attempts to impose on her, and no one other than Black Phillip is around to confirm the reality of Thomasin’s experience. Either way, the ending depicts Thomasin’s clear rejection of one system in favor of another, and it therefore captures the true conflict at the movie’s core. 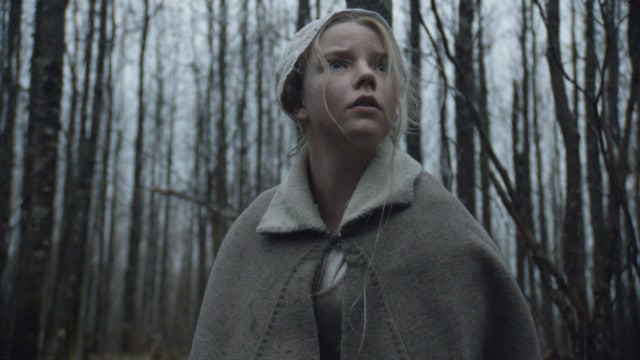 In The Clash of Fundamentalisms, journalist Tariq Ali describes contemporary sociopolitical conflicts through the book’s titular phrase: Radical Islam and U.S. imperialism are competing fundamentalisms, and their rivalry accounts for much of the world’s global and cultural strife. Rather than side with one fundamentalism or the other, Ali argues that both are equally destructive, and that they must be opposed in order to approach a solution to the world’s conflicts.

The Witch depicts a similar clash of fundamentalisms, in that it takes place between an established, structural power and a group with less global cultural capital but no shortage of zeal. There’s the deeply masculine Puritanism embodied by her father, William (Ralph Ineson), a man whose exile from a New England plantation doesn’t dissuade him from embracing his society’s dominant religion or forcing it on his family. Witchcraft stands as the primary opposition to William’s dogmatic beliefs, a system which nonetheless threatens becoming a dogma of its own in its opposition to Christianity. Puritanism and witchcraft are yet another competing pair of fundamentalisms, exemplifying the longstanding historical trend Ali identifies of rival ideologies battling one another.

Given the prevalence of this rivalry, Thomasin is left with a clear choice: does she choose the dominant religion, one she knows will continue to oppress her due to her gender, or does she choose the competing fundamentalism? The latter certainly doesn’t seem to be a particularly safe option, since a witch kidnaps Samuel and uses his blood as ointment, but the former won’t necessarily be any better. Within the fundamentalism of 17th century Puritanism, Thomasin will have to become a quiet housewife like her mother, Katherine (Kate Dickie), powerless to prevent her husband from trading a silver cup. With the witches, by contrast, Thomasin has the hope of being able to act for herself, even if she may be required to murder a baby or force a boy to cough up a bloody apple.

In this context, it’s not hard to understand why Thomasin makes the choice she does. Eggers hints at the path she’ll choose early on in the film, when she teases her younger sister, Mercy (Ellie Granger), about being a witch. What begins as harmless sibling bullying quickly turns into Thomasin’s very real embrace of witchcraft. The film doesn’t tell us whether she takes more pleasure in the role of being a witch or in asserting dominance over Mercy, and her satisfaction likely comes from a combination of the two, but the fact remains that she enjoys pretending to have sided with demonic forces. Thomasin senses the impending clash of fundamentalisms between witchcraft and puritanism, and she knows without question that she would rather ally herself with the former. 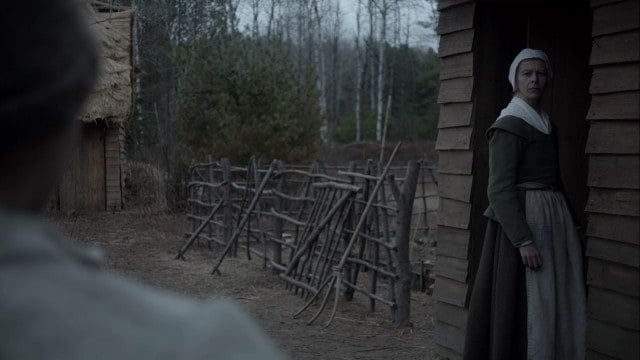 Eggers makes it clear that witchcraft undoubtedly exists in his film’s universe. A very real force terrorizes terrorizes Thomasin’s family, and they fall victim to a rival fundamentalism seeking revenge for its subjugation. But more important is the affect on the family, and Eggers is careful to keep the attention on how the clash between Puritanism and witchcraft destroys familial ties and aggravates existing tensions. The apple Caleb (Harvey Scrimshaw) coughs up is less significant than what William takes away from it: A terrifying evil haunts his family, and his role as the man of the house necessitates him doing whatever it takes to fight back. A rival fundamentalism attacks his belief system, and he must protect it, even if that requires boarding his surviving children in a stable.

Of course, his reassertion of control makes witchcraft all the more appealing to Thomasin. Her rebellion against her background reaches a bloody climax in the stabbing of Katherine, which comes about as an act of self-defense, but also provides Thomasin with the opportunity she needs to fully part ways with Christianity. There’s no way of knowing what role Thomasin does or doesn’t play in Black Phillip’s lethal attack on William, but it at least shows her that her Christian mother has no qualms about trying to strangle her. Even if Katherine once longed for the independence from a male-dominated world Thomasin now seeks, her mother cannot quite bear to part ways with William and the Christian patriarchy he represents, and she attempts to get revenge on his behalf. Face with a choice between two fundamentalisms, Thomasin chooses the one which least restricts her freedom. 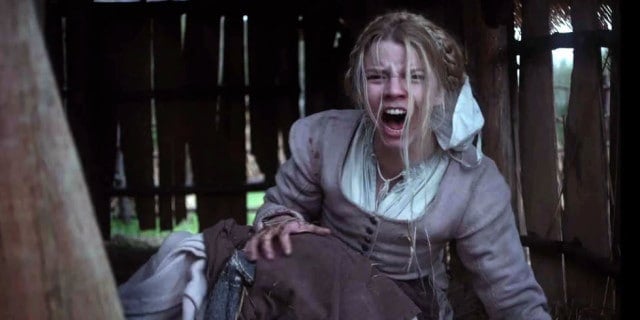 And so Eggers brings us to Thomasin’s final journey into the woods. Her family members have departed from the story, unable to verify the veracity of the coven she appears to join, but even an embrace of the witches taking place solely in her mind represents a repudiation of the belief system with which she’s been raised. As she flies around a bonfire, she frees herself from Wlliam’s restrictive world, escaping from masculine control in a way that Katherine, and surely many other women in 17th century New England, never have the chance to. We don’t know, ultimately, whether or not Thomasin truly sides with real witches, but she definitely rejects the patriarchy of Christianity, and thereby goes against the fundamentalism which she knows will do her harm.

Unlike Thomasin, The Witch chooses not to side with either of the fundamentalisms it depicts, and therein lies its power. Samuel’s vicious murder is hardly endearing, but neither is William’s increasingly tyrannical rule over his family. Two fundamentalisms clash in The Witch, and neither gets off scot-free.