As we spend a month looking at the great Stanley Kubrick, we can also look at the filmmakers who were clearly influenced by Kubrick. “Kubrickian” films tend to exercise incredible control of the camera, are extremely ambitious, tend to deal with much weightier themes, and always maintain a sense of mystery, like a there’s an invisible fog always hovering over the film. This list could be sharply focused on about five directors working today but, though a number of these filmmakers appear in this list of 40, we’re spreading the wealth a bit. Let’s get to it. What makes it Kubrickian? It’s surprisingly cold and detail-oriented, unlike most of Zack Snyder’s other work (well, detail-oriented in a positive way). Watchmen is based on the acclaimed graphic novel of the same name by David Gibbons and Alan Moore, about a desolate alternative future where 1985 is the height of Cold War, forcing a collection of mostly retired superheroes to assemble and  investigate a conspiracy that may be international. While comic books tend to deal with deeper themes than most movie adaptations like to dive into, this “unfilmable” source leaves no possible way to skim over the darker, more philosophical themes. Dr. Manhattan (Billy Crudup) alone has enough existential overtones to derail a film based on this work. Yet, somehow the man who directed Man of Steel and 300 managed to develop a tone necessary to tell this unforgiving story. However successful Snyder was at adapting the iconic work is left to the fans of both, but he did find a way to evoke Kubrick’s icy techniques in a way that, at the very least, was a step up for him. What makes it Kubrickian? Incredibly patient shots, forcing viewers to live out the protagonist’s pain and suffering. Director Craig Zobel based this disturbing parable on real-life events, telling the story of a fast food worker who is degraded by a shift manager, after answering a phone call from a “police officer.” What results is an uncomfortable journey almost in real time, as Becky (Dreama Walker) is accused, abused, strip-searched, and worse, as her manager Sandra (Ann Dowd) simply follows through with every request on the other end of the call. Despite the heinous acts committed, Zobel’s film is more a sociological study on what people will follow through with when faced with an order from a supposed superior. What is right and wrong may be easy to determine when watching Compliance, but, then again, most of us don’t depend upon a minimum wage job to survive.

What makes it Kubrickian? Lester Burnham = Humbert Learns (rearrange the letters). While that connection is extremely superficial, the suburban nightmare is like a PG-13 version of Eyes Wide Shut, a story of a man dealing with his insecurities and fear by acting out in unsuspected ways; or of Lolita, in which an older man gives into his attraction to a teenage girl. While Eyes Wide Shut focuses on the surreal world of unfulfilled sexual desires, American Beauty is a warped tale of a family’s desperate need for unfulfilled emotional desires, whether they result from sex, professional success, or a return to a time where responsibility wasn’t so overwhelming. Kevin Spacey plays Lester, a man unhappy with his work and his marriage, only to rebel by blackmailing his boss, working in fast food, smoking pot, and obsessing over his daughter’s teenage friend. The rest of his family (and others) almost fall in line, each finding their own way to “buck the system.” It’s certainly a much tamer version of the social commentary Kubrick put in his own films, but the connections are there in the camera movement, darkened cinematography, and sexual (however mild) undertones behind so many otherwise mundane tasks. What makes it Kubrickian? A muted approach to a character that, on the surface, doesn’t deserve our sympathies. Refn’s biggest North American hit came in 2011 with the hyper-stylized Drive, but in 2008, he provided an early showcase for future star Tom Hardy with Bronson, a famous British criminal who spent years in solitary confinement, due to his violent nature. Bronson is delivered episodically, shifting between scenes of showy motifs and the extremely barren, almost degrading scenes that lend themselves to Kubrick’s often sterile filming techniques. The same could be said about Drive, a film so tone-focused that it’s easy to miss the cold, disconnected themes behind it. But Bronson is a clearer example of those ideas, due to the more aggressive nature of its protagonist and the rigid difference from one moment to the next. The story is told by the title criminal, a man desperate for fame, only to find that his only real talent is to be a criminal, not having an real artistic talent. It’s an uncomfortable ride at times, but Refn’s unfeeling camera is what gives it that Kubrick feel, even in the more theatrical moments. What makes it Kubrickian? Kazuo Ishiguro’s source novel may be the reason, but the detached narrative of Romanek’s film feels like a barren wasteland of psychosis and pain. Never Let Me Go is the story of an alternative world where scientists have developed a way for humans to live longer lifespans, thanks to a breakthrough that, despite its brilliance, is a sociological nightmare for those involved. Starring Carey Mulligan, Keira Knightley, and Andrew Garfield, the film mostly takes place at a boarding school in the middle of the English countryside, focusing on the perceived love triangle between the three. The boarding school focuses on keeping onself “well inside” and discourages any physically harmful activity of any kind, including any contact between students beyond brief encounters. It’s a dark, dark film, but one that would’ve been excellent source material for Kubrick to handle. Even the unrequited, hopeful love feels like a hollow endeavor. Mark Romanek is a filmmaker clearly influenced by Kubrick and, while the film has its problems, it still bears those resemblances clearly.

What makes it Kubrickian? There’s no denying that Michael Mann’s hyper-focused control draws from Stanley Kubrick’s style. His best offering to date is Heat, more famous for its inclusion of Al Pacino and Robert De Niro in a cat-and-mouse, cop-and-criminal game than Mann’s hand. Style is one thing – all of Mann’s films tend to feel a little sleeker than most. But there’s no denying how clearly methodical his camera is and how finitely crafted the camera movements are.  It’s based on the experiences of a former Chicago PD officer and his obsessive pursuit of a mastermind criminal, played by Pacino and De Niro, respectively. Mann’s film is packed with other talented actors and actresses, some before they gained more notoriety (e.g., Natalie Portman, Ashley Judd, Danny Trejo). Despite being a film noir (a genre Kubrick isn’t typically associated with), it’s a surprisingly spread-out film, not feeling as constricted as many of Mann’s other films. What makes it Kubrickian? Kubrick identified Shadow of a Doubt as one of his favorite films. Second, the connections between Hitchcock’s film and Kubrick’s work is extremely clear (perhaps that makes Lolita Hitchcockian, too). Shadow of a Doubt is the story of a California teenager named Charlie (Teresa Wright) who learns her favorite uncle (also named Charlie, played by Joseph Cotten) is under investigation for murder. Unsure of how to handle this information, young Charlie finds herself shifting between helping her uncle and helping the detectives who arrive at her home, one of whom pursues her romantically. When the twists and turns play out, Charlie finds herself on the run with her uncle, only to see the veil of deceit slowly pulled away.Lolita certainly bears a resemblance, while even Barry Lyndon has some themes that could have dots connected to this Hitchcock gem. Hitchcock never had the control and precision that Kubrick did, but he did make psychological dramas that found their way into Kubrick’s psyche. 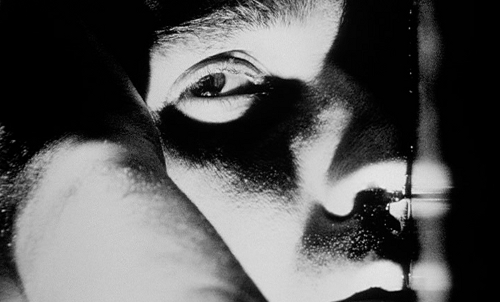 What makes it Kubrickian? What doesn’t? The black-and-white cinematography alone lends itself to a Kubrick film. Darren Aronofksy’s debut won him Best Director at the Sundance Film Festival and clearly pointed to a theme he would return to over and over again, eventually yielding much more crowd-pleasing results: the danger of obsession. Pi is about Max Cohen (Sean Gullette), a number theorist who, after making stock predictions, crashes his computer after it dispenses of a random 216-digit number. So begins the obsession. Max also narrates the film, however unreliably, and suffers from paranoia, psychotic breaks, and social anxiety. This number begins to consume everything, as Max is searched out by various other parties to find the mystery behind the number – was it sent by God? Is it the meaning of life? Kubrick never shied away from incredibly complex psychological themes, and Aronofsky – one of Kubrick’s most talented contemporaries – is clearly influenced by those themes and techniques. It may be Aronofsky’s smallest film, but it deals with some of the biggest questions he puts on screen.

What makes it Kubrickian? Director Todd Field (who was in Kubrick’s final film, Eyes Wide Shut) has stated that Barry Lyndon was a big influence on this film. Beyond that, Field’s film also bears some resemblance to Kubrick’s handling of Vladimir Nabokov’s Lolita. Little Children tells the story of a stay-at-home mom named Sarah (Kate Winslet) who grows frustrated with her sexless marriage and her on-the-surface friendships, finding herself drawn to Brad (Patrick Wilson), a stay-at-home dad with a similarly fruitless marriage. The two form a friendship when their children become friends.  Meanwhile, a convicted pedophile named Ronnie (Jackie Earle Haley) returns to the neighborhood after serving his time, infuriating Brad’s friend Larry (Noah Emmerich), a former police officer who spends all his time harassing Ronnie after being forced to retire early. It’s a film less about physical adultery than it is about emotional infidelity, as Brad and Sarah’s relationship fills a void far beyond sexuality. They both long for a world where their choices were different and their lives panned out in a way that varies greatly from their current ones. The children may not be regrets or mistakes, but they can result in a loss of identity that can only be recovered through the love of oneself. Kubrick took the idea of social consciousness and how family and relationships affect them seriously in many films; Little Children filters it down into a tight psychological drama.

What makes it Kubrickian? It’s strikingly shot and plays with themes that involve the psychological instelligence of a child. Jonathan Glazer’s follow-up to his successful debut Sexy Beast, Birth stars Nicole Kidman as a New York City woman who unexpectedly loses her husband. Ten years later, after she has accepted a proposal from her boyfriend, Anne (Kidman) meets a young boy who claims he is her reincarnated husband. Kubrick used children on multiple occasions to drive his films; Danny serves as the catalyst to his father’s breakdown in The Shining. In a similar fashion, though in a more straightforward manner, young Sean (Cameron Bright) is either manipulating Anna or is a voice from her past that cannot let her go. Either way, Glazer’s meditation on loss, love, and what it means to move beyond despair is gripping psychodrama that Kubrick would’ve sunk his teeth into. It’s not a ghost story. It’s not a horror film. It’s a saturated look at how death and regret permeate all corners of your existence.

See also  2001: A Space Odyssey a dark visual essay on the failings of mankind