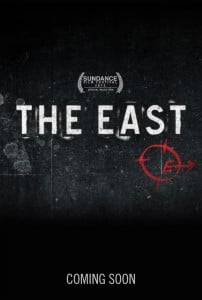 A taut thriller invested in its characters’ complex moral decisions, The East demands we see how easily white-collar crime escapes culpability and provocatively questions how a people’s revolution can better civilization without resorting to explosive ends. The ruthless, money-hungry businesses in director Zal Batmanglij’s second feature operate without repercussion and turn a blind eye to the suffering they create. Are humiliation and violence the only methods that can effectively encourage accountability in such companies? Can society be compelled to make the well-being of civilians a priority over corporate profit? Brit Marling (Another Earth, Arbitrage) plays a bright undercover operative contracted to protect corporations and their CEOs from sabotage, embarrassment or physical harm. She infiltrates The East, a shadowy cult that’s hell bent on exposing large-scale corruption. Marling’s character Jane becomes a drifter named “Sarah” to live amongst them in survivalist squalor. Working simultaneously for and against their harrowing endeavors, exactly where her true sympathies lie is the gripping hook of the story.

Regrettably introducing the rogue collective as wacky miscreants, the believability of the script picks up once it shelves a number of sensational rituals designed to showcase The East as much more mysterious and nefarious than they are. While this imagery is tactically used online to intimidate the corporate leviathans they stand against, it hardly seems like a way to gain sympathizers once the cameras are turned off. Wearing masks and eating meals in straight jackets take credibility away from the serious issues at hand. Dangerous in their fervent desire for change, they remain essentially good people for wanting to protect the innocent and bestow the masses with access to vital, albeit inflammatory information. Their audacious tactics mimic real life organizations like Anonymous and the Earth Liberation Front. The group gets aggravatingly self righteous at times but their heartfelt speeches demonstrate an unmitigated dedication to the greater good that’s hard not to admire. In an age where corporations hold tremendous power in the politics and products of daily life, the war against the irresponsible rich that The East wages is extraordinarily relevant. 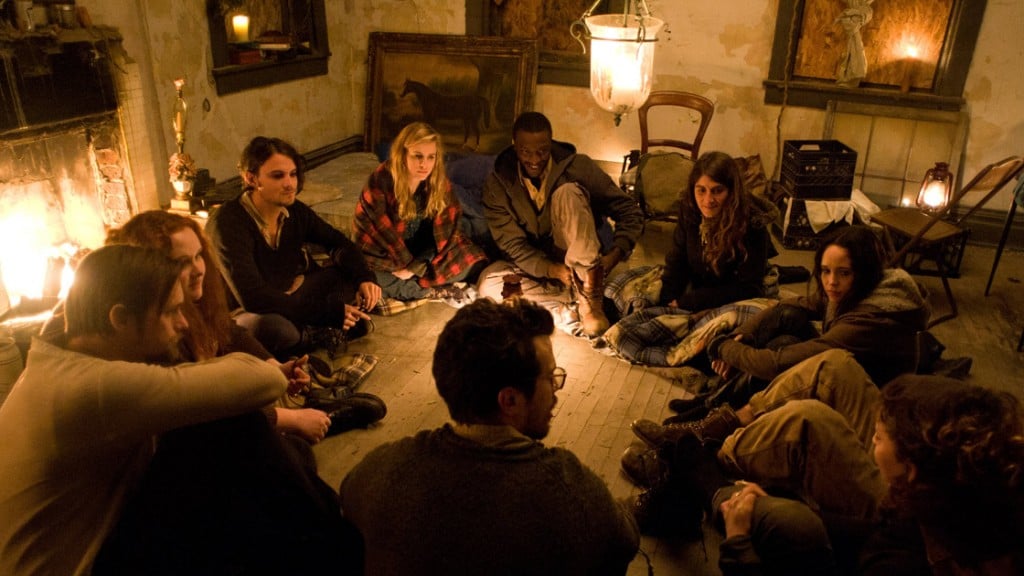 Alexander Skarsgaard (Melancholia, Battleship) as the quietly forceful leader Benji appears too blank to be intimidating but there is certainly a discipline in his demeanor that makes it apparent why members look to him for reassurance and direction. Marling loses much of the detachment that has hurt her relatability in previous works and stays convincingly rooted in the moment as Jane is torn between allegiances. The confusing chemistry between Jane and Benji comes from a vagueness in how they view each other. Never quite knowing if they consider one another enemies, partners or potential lovers isn’t ever articulated as our chief concern. Jane’s motivations in life aren’t fleshed out beyond the strength of her character being built upon succeeding with whatever she puts her mind to. Benji silently calculates many of his moves and so when the two personalities clash, there isn’t enough information to let their scenes feel profound. Substantially more time is focused on developing side characters with respect and solemnity. Ellen Page adds youthful energy as Izzy, a girl suspicious of outsiders and passionately set on completing each mission without mercy. Doc (Toby Kebbell of RocknRolla) is a broken genius who has always wanted to help as many people as possible. This is a film that’s most sincere and suspenseful when dealing with how intimately knowing or bearing witness to tragedy can affect the strength of one’s commitment to activism. CEOs unconcerned with the welfare of others mainly come across as cartoonishly villainous. Patricia Clarkson (Cairo Time) as Jane’s employer is icily good but too incredibly callous to project a fully realized person.

The East possesses a smart social conscience, emotionally picking apart the personal trauma of the victim warriors within the group to explicate how they came to think that doing evil to punish evil is the only legitimate way to forge positive progress. Co-writers Batmanglij and Marling effectively evaluate different approaches to civil disobedience, always emphatically on the side of the preyed upon but never losing sight of how cruelly dealt retribution may unintentionally steal away the humanity all of us need in true heroes. 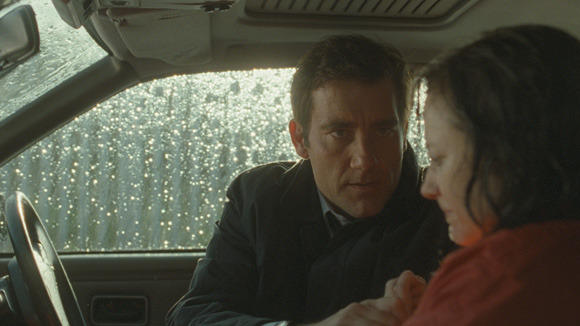 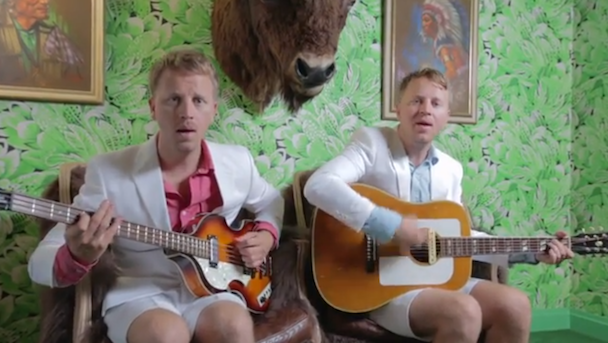