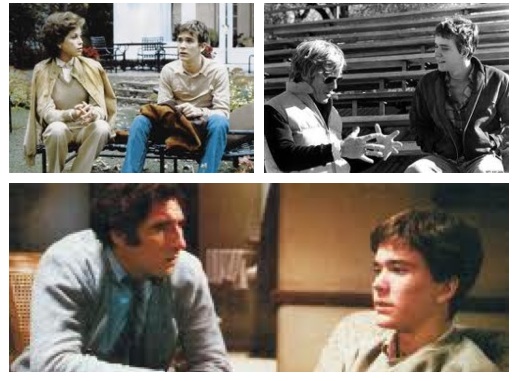 By any reckoning, 1980 was an extraordinary year for film. From the sublime to the ridiculous, this was the year that gave the world both Jean Luc Godard’s Sauve Qui Peut and Alan Parker’s Fame. This was the year that gave us Steve McQueen’s last film, Bob Hoskins’ break out to greatness in The Long Good Friday, Goldie Hawn proving women can be funny in Private Benjamin and an orangutan out-acting Clint Eastwood in Any Which Way You Can.

And it was also the year that the Academy of Motion Picture Arts and Sciences committed its worst and most heinous error.

This was the year that Ordinary People won the Oscar for Best Picture.

Now Ordinary People is a perfectly good film. It’s a little tedious. A little predictable. The main parts – played by Mary Tyler Moore, Donald Sutherland, Timothy Hutton and Judd Hirsch – are adequately if not brilliantly acted. The script is serviceable if not sparkling and you could say the same for the camerawork and editing. In a slow year for film, like 1995, when the main competition was Forrest Gump and Pulp Fiction, Ordinary People would have been a justifiable winner. But 1980 was not a slow year for film and Ordinary People was not up against Tom Hanks going ‘full retard’ and John Travolta showing the world that even if he still can’t act, at least he has some moves, man. No, in 1980 Ordinary People was competing with Raging Bull and The Elephant Man. It went head to head with two of the most extraordinary, ground breaking films of all time.

Not only did Ordinary People collect Best Picture, Robert Redford walked away with Best Director, beating out both Scorsese and Lynch. Robert De Niro at least collected a statue for Best Actor, but that was all*.

So why? What could have caused the moment of collective stupidity which gripped the AMPAS members as they reached for their voting papers that year? Alien mind rays? Envelopes stuffed full of cash? An outbreak of temporary senility?

Possibly all of these, but also some more pragmatic reasons underlie the choice. Ordinary People is a case of right time, right topic, right actress and right director. It’s also a case of a reaction against excess. As Peter Biskind puts it in Easy Riders, Raging Bulls, Scorsese’s masterpiece was ‘a beached whale on the shores of the new decade.’ After ten years of cocaine-fuelled excess, in which talent like Coppola, Bogdanovich and Cimino brought both themselves and whole film studios crashing down like felled skyscrapers, the people who make up the movie industry were tired of ugly reality, of slo-mo fists smashing noses like they were overripe grapefruits. Ordinary People, with its tidy houses, civil bickering and adolescents whose idea of a cat call is yell ‘nice knees!’ at Elizabeth McGovern, must have seemed like an island of sanity in the midst of chaos**. And if Ordinary People stood for a return to solid values, then its director, Robert Redford, represented that vision of decency in sharp focus. Not for him the Roman Emperor posturing of Coppola complete with kaftan and porn actresses; Redford was the blonde haired, clean limbed, All American port in a storm of drugs and violence. The treatment of the film’s subject was safe too. Bookended by the Manson murders and the shooting of Dorothy Stratten by her boyfriend Paul Snider, the 1970s were a dangerous decade. Ordinary People might deal with death and attempted suicide, but ground down the drama until it was so bland, so pre-digested, it could be swallowed from a spoon by a baby. In this film, violence is expressed by shoving a couple of French toast slices down the waste disposal, or changing the subject before feelings can be expressed. The closest Ordinary People gets to giving us something disturbing is when the superb M Emmett Walsh (as swimming coach Salan) gleefully manages to wring perversion from the scene where he lectures the wet and shivering Hutton on the dangers of electroshock therapy. Otherwise, the film is all talk and no symbolism. Talk is safe. Talk is distancing. Images have the power to worm their way into your subconscious and fester there like hideous mental parasites. In Ordinary People the images are carefully chosen to be stripped of all such danger. Gravestones are widely spaced and light grey. The ground is strewn with autumn leaves. Even the upturned hull of the boat on which the film’s climax plays out is as white and clean as a set of freshly scrubbed teeth.

All that said it’s perhaps unfair to judge Ordinary People from this end of history’s telescope. For all that seems clichéd in it now, that’s because of what followed it, not what preceded it. This film was probably one of the first to probe below the surface of Middle America and discover that what lay beneath was not altogether healthy. Ordinary People continued the work The Graduate began and if its message (Conrad is unhappy because his mother hates him!) might now appear unremarkable, at the time this was a bold statement, made bolder by the canny casting of Mary Tyler Moore as the wrong-doing parent. Welded into the public consciousness as an icon of chirpy respectability by her long running sitcom, Tyler Moore as an emotionally frigid, passive aggressive bully caused the same stir as would happen today should Kaley Cuoco take on a role as a serial killer. This adroit choice of actor hammered the point home: even nice people do evil to their kids! And thus a genre was born, of tortured adolescents getting to the root of their pain. Before Ordinary People kids drove cars and got in fights. Afterwards, they poured out their souls to kindly therapists a la Good Will Hunting.

Does that justify its win? On a rewatch, there is much to like about Ordinary People. It has the same heft and solid craftsmanship of the furniture which adorns the fictional houses in which it takes place. It’s quality and built to last. But setting this film against the baroque magnificence of Raging Bull, against the peculiar bleak vision of The Elephant Man, one thing becomes very clear.

*As further illustration of how weird the 1980s Oscars were, Best Actress went to Sissy Spacek for Coal Miner’s Daughter. Don’t remember that film? You are not alone.

**And for Firefly fans – this scene includes a very young Adam Baldwin.