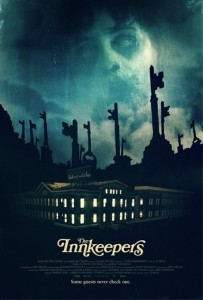 Directed and Written by Ti West

Chuck Jones directed a trilogy of horror cartoons (Scaredy Cat, 1948, Claws for Alarm, 1954 and Jumpin’ Jupiter, 1955) featuring Porky Pig blissfully unaware that his life is in danger, while his pet cat, – Sylvester, naturally – only too aware of the danger, does his best to protect both his own skin and that of his master, Porky, from killer mice, ghosts and aliens.

The Inkeepers is not a film for the Porky’s of this world, those easily distracted, immune to menace, insensitive to fear. It is a film for the sensitive, hyper-vigilant Sylvester’s, the fraidy-cats amongst us.

In the case of The Innkeepers, our Porky and Sylvester are Luke (Pat Healy) and Claire (the amazing Sara Paxton). They are the only staff left supervising the Yankee Pedlar Inn on its last weekend of operation. Fortunately, the hotel only has a handful of guests, most memorably including Kelly McGillis as a former actress turned spiritualist. Since Luke and Claire have ample free time and are amateur ghost-hunters, they devote most of their time trying to find evidence of the inn’s ghost.

“The craftmanship of this film, in support of building that atmosphere of fear, is outstanding,.. 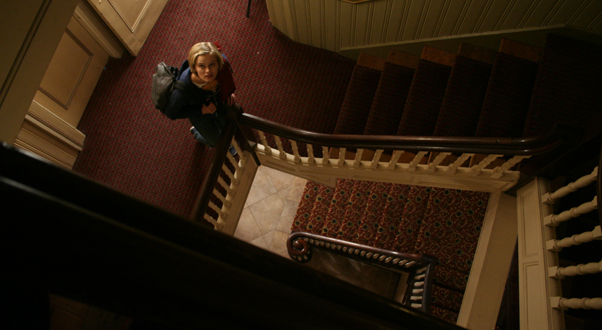 “Ti West is a singular genius, and The Innkeepers is his best film to date… 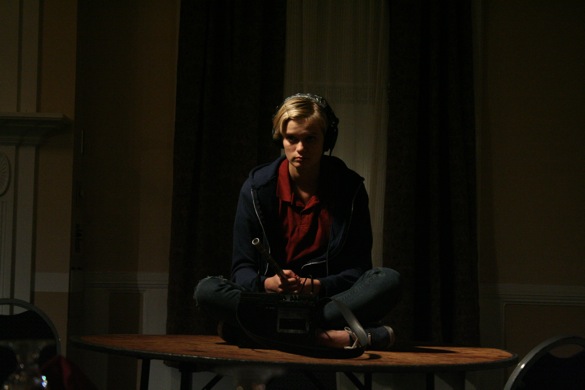 West’s camera does not shake. It is in fact, slow, steady and silky smooth, almost as if West is consciously declaring that it is the audience that should shake and not the camera. The well-framed shots leave the sensitive in the audience studying every inch, deperately searching for traces of the invisible.

Let the Porky’s of this world sneer that The Innkeepers did not scare them. We Sylvester’s understand that this spooky ghost film is nothing less than a test of our evolutionary fight or flight response. When the inevitable Zombie holocaust hits, there will be a word for the Sylvester’s amongst us: survivors, while the blasé, no attention-span, sneeringly unafraid Porky Pig mother-fuckers will be so much Zombie chow.

For those with the patience for his slow-build cinematic magic, Ti West is a singular genius, and The Innkeepers is his best film to date. 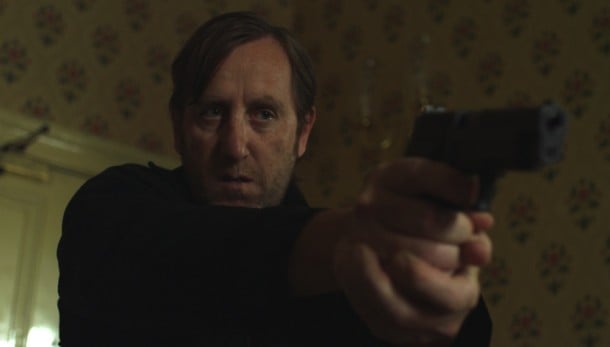