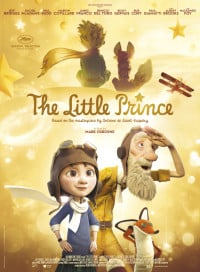 Thus, it’s a tribute to director Mark Osborne’s adaptation of the same name that the film doesn’t shy away from any of its source material’s darkness. Like the book, Osborne’s film opens with an as-of-yet unidentified narrator describing and showing a drawing he once did of a boa constrictor eating an animal whole, establishing the centrality of death to the forthcoming story right away. The ostensibly hand-drawn animation also shows the film’s willingness to take visual risks, deviating from the computer animation which has become near hegemonic amongst mainstream animated films.

From there, the film continues to stay faithful to Saint-Exupéry’s themes, albeit through a framed narrative not present in the original book. Osborne switches to CG to tell the story of a girl listed in the cast as, well, Little Girl (Mackenzie Foy), a child whose mother (Rachel McAdams) is determined to get her into the prestigious Werth Academy. After Little Girl fails the terrifying entrance interview, she moves with her mother to a new district in order to ensure her optimal location for eventual acceptance. Moving is not enough, however, and the mom puts Little Girl on a rigorous study schedule to optimize her suitability to be a student in the new school.

It’s in this new district that the film connects back to the novella, as Little Girl and her mom move next door to the Aviator (a perfectly cast Jeff Bridges), Saint-Exupéry’s narrator. Despite the mom’s deterministic parenting, Little Girl befriends Aviator, and he tells her the story familiar to readers of the book: His plane crashes in the Sahara desert, where he meets a curious young man known as the Little Prince (Riley Osborne). The Little Prince regales Aviator with tales of his interplanetary travels, encountering allegorical figures such as a Conceited Man (Ricky Gervais) and a Businessman (Albert Brooks). 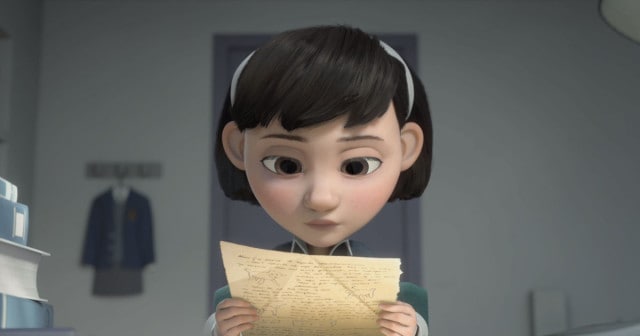 This section of the film distinguishes itself the most, and also remains most faithful to the book. Osborne uses gorgeous stop-motion animation to cinematically realize Saint-Exupéry’s vision, maintaining a strong visual connection with the source material while also succeeding as a creation wholly its own. The script, by Irena Brignull and Bob Persichetti, also stays true to the book in these scenes, capturing the important moral lessons while maintaining a light enough touch to avoid didacticism.

The surrounding frame also maintains a strong connection to Saint-Exupéry’s themes, even as it introduces original narrative material. The mother’s obsession with success and productivity, and Aviator’s contrast with it, elucidates the novella’s moral of taking time to appreciate life. The film also slyly introduces its own message about the power of reading when Aviator gives Little Girl a written account of his adventure with the Little Prince. She reads his tale rather than study for school, and the book undoubtedly has a bigger impact than any test prep could, just as childhood readers of The Little Prince were likely more influenced by it than anything they may have done to prepare for exams.

But in other senses, the film deviates quite heavily from Saint-Exupéry’s work, and these elements make for an incongruous presence in an otherwise faithful and elegant adaptation. The relationship between Little Girl and Aviator isn’t nearly as convincing as her connection with his story, remaining emotionally flat where the film seem to want us to swoon. More jarring is Little Girl’s father, a man who remains off-screen but gets bizarrely invoked through her startling reference to her mother’s divorce and a note signed, “Love, Dad.” Still, his ungainly presence gets overwhelmed by the sorely misguided third act, in which Little Girl tracks down the Little Prince and has to rescue his grown-up incarnation. The film cleverly weaves in characters from the novella, making them into villains, but the very idea of trying to find the Little Prince sells out Saint-Exupéry’s powerful message about death and memory, which the film otherwise honors.

Still, Osborne effectively realizes many aspects of the novella, thus leaving the elements which leave them behind in favor of more standard kid’s movie fare all the more frustrating. This vision of The Little Prince has clear strong points, but they’re weighed down by misguided attempts to bring the story closer to contemporary formulas and cliches.