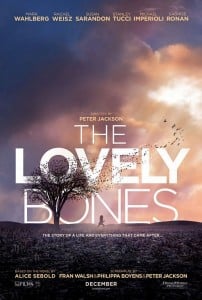 Tragically, there’s ample evidence onscreen of Jackson’s love for the material, but he brings to the table none of the qualities that made Creatures – another drama surrounding pubescent girls and grisly acts – such a startling breakthrough.

At this point, Peter Jackson probably isn’t the sort of filmmaker who gets to hear “no” very often. After satisfying nearly all parties – from the studios to the fanboys – with his 11-hour Lord of the Rings trilogy, and delivering a generally crowd-pleasing smash with 2005’s King Kong, he could probably coast safely on big-fx blockbusters for decades to come. So it’s to his credit that he decided to take on Alice Sebold’s immensely popular The Lovely Bones as the source material for his latest venture, being as it is far removed from his recent comfort zone, and seemingly more easily akin to a treatment resembling his earlier, less f/x driven material (particularly Heavenly Creatures) – but unfortunately, it proves to be a gross miscalculation, proving that sometimes, you really can’t go home again.

Saoirse Ronan, easily one of the most promising young actors around, is appropriately luminescent as Susie Salmon, the girl who seems to have the world ahead of her. She is loved by her overbearing but well-meaning, slightly kooky parents (Rachel Weisz and a toned-down Mark Wahlberg), not to mention the adoring older boy she’s nervously had her eye on. That’s all over before long, though, thanks to her neighbor (a grimly mustachioed Stanley Tucci), who (at least) murders her in a makeshift assault ditch he constructed in a field. Susie finds herself in the “in-between,” basically an ambiguous term for Catholic purgatory, where she roams as long as her spirit is ill-at-ease – that is, as long as her killer still walks free.

That’s already a pretty loaded premise to pull off well on celluloid, and unfortunately, at this point, Jackson might be one of the people least equipped to pull off the kind of nuanced, balanced work necessary to make it work. To his credit, the film’s first 20 or so minutes work very well, up to and including the murder sequence, which is effectively creepy and tense. Jackson’s able cast work together to establish a credible, if broadly painted, family in relatively comfortable but ever-moving straits. Trouble sets in permanently with the arrival of the spirit realm, which recalls nothing more than the ill-advised CG excursions of Terry Gilliam’s Imaginarium of Doctor Parnassus, except that they take up even more of this film’s running time. The major idea here is that Susie can obliquely affect events in the real world, helping to arouse suspicion in the direction of the heretofore ignored neighbor, but the “rules” for how this relationship works are never established, which compromises the relationship between the two realms as a workable narrative device. 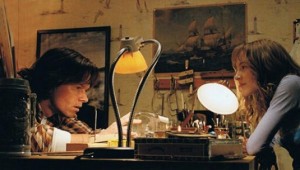 Worse, Jackson fatally mishandles the movie’s tone – the closing act, which should be the tensest, turns out to be frequently chuckle-worthy, littered with unnecessary slo-mo, clunky dialogue, gross manipulation, and bizarre pacing. The movie’s greatest asset, Ronan, spends most of the movie trapped in a realm where her influence is left unclear. Tucci’s villain is another broad miscalculation – Tucci is a brilliant actor, but saddled with that unfortunate facial aberration and too-obviously creepy tics, it’s implausible that he’d be overlooked by the fuzz. Tragically, there’s ample evidence onscreen of Jackson’s love for the material, but he brings to the table none of the qualities that made Creatures – another drama surrounding pubescent girls and grisly acts – such a startling breakthrough. Where it’s often encouraged that emergent indie filmmakers go back to their roots and try on more humanistic material (see Sam Raimi’s successful return to lowbrow horror with Drag Me to Hell), it’s tempting to give Jackson the opposite advice: stick to the multiplex, friend, it’s your true home now.