After the success of  The Fox and Black Hood, the Dark Circle superhero imprint of Archie brings back the Shield, who has the historical distinction of being one of the first superheroes to wear the American flag back in  January 1940. This was 11 months before Captain America made his Joe Simon and Jack Kirby created debut for Timely, later Marvel, Comics. This new take on the Shield stars a teenage girl named Victoria Adams, who remembers fighting and dying in basically all American wars from the American Revolution onward as she spends most of the issue on the run from the police, FBI, and an unnamed chaos-obsessed villain, who may be The Shield #1’s weak link. Writers Adam Christopher (sci-fi noir novel Made to Kill) and Chuck Wendig (the recent bestseller Star Wars Aftermath) craft a taut plot inspired by modern action thrillers, like the Bourne Trilogy or Captain America: The Winter Soldier while artist Drew Johnson’s (Midnight Society) art is bone crushing with a hint of emotion. Kelly Fitzpatrick (Black Hood) should receive solid credit for her colors, like Victoria’s memories of her “past lives” as The Shield.

Many of Christopher and Wendig’s plot beats in The Shield #1 are straight from the action movie circa 2005-2010 checklist, including a nihilist villain, sympathetic authority figure that the main character has to pretend to hurt, and a fugitive that doesn’t keep a low profile for long so there can be henchmen fighting scenes. Basically, replace Jason Bourne with a teenage girl and cool historical backstory, and there’s your plot. However, it’s this historical background that gives The Shield #1 to rise beyond standard superhero or action fare as Christopher, Wendig, and Johnson delve into the pain the various past Shields have felt as the casualty in numerous American conflicts. Christopher and Wendig tone down the internal monologue, which can get on the nose at time even if there are a few well-timed one-liners that poke fun at the storytelling conceit, like when she makes fun of her own use of “malefactor” in her inner monologues. Drew Johnson’s art and Kelly Fitzpatrick’s sepia colors drive this point home in a harrowing double page spread of the Shield dying in various wars in a variety of violent ways, including plane crashes and a hail of bullets. This powerful imagery reminds readers of the cruelty of war and introduces a realistic (though incredibly heightened) element of PTSD to what has been a fast paced amnesiac action fugitive story, or Blindspot without the tattoos.

Drew Johnson’s art in The Shield #1 does an excellent job conveying Victoria’s pain and rage. The comic opens with a Revolutionary War-era Shield sabotaging a Redcoat camp and contains a memory searing image of the face of a brutal, bloodied young girl defying captivity as she says, “I’m nothing. Nothing but a soldier. Nothing but the Shield of the Revolution.” This line of dialogue alone adds a dark layer to Victoria’s character as readers are left wondering if she was forced to become the Shield, or took it up because of her own free will. Johnson uses a lot of black space in the gutters between panels to show how Victoria’s mind is in disorder as she doesn’t feel like she’s in control of her body most of the time and doesn’t have time to take a breath while she’s on the run. Even when she is punching and kicking, Johnson makes it look like she is restrained.

The Shield #1 begins as a standard thriller story with maybe a little too much narration from novelist-turned-comics writers Adam Christopher and Chuck Wendig, but turns into a more psychological story about PTSD and patriotism as the comic progresses. Much of these psychological effects come from the art and colors of Drew Johnson and Kelly Fitzpatrick, who shy away from the red, white, and blue of the color art and play with grit, grime, and hellfire explosions as Victoria Adams tries to figure out who she is, what’s she’s been, and what she stands for as the Shield. 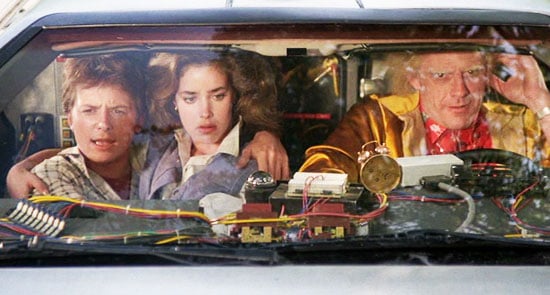