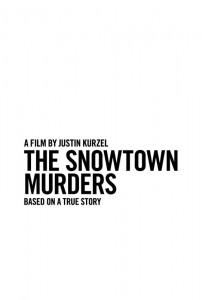 First-time director Justin Kurzel and screenwriter Shaun Grant, using pointers from the books The Snowtown Murders and Killing for Pleasure, tell the story of John Bunting, Australia’s most notorious serial killer, whose modus operandi led to his 1990s killing spree – dubbed the “bodies in the barrels” case.

Snowtown is unrelentingly grim and terrifying – a strong directorial debut, showing great promise for a first time filmmaker. Director Justin Kurzel delivers a slow, effective burn, examining how one man’s harmful beliefs spread through a community in the most horrific way possible. Kurzel for the most part avoids sensationalistic, macabre or exploitative techniques. Well past the half-way mark, Snowtown is noticeably shy on demonstrating any direct depictions of the atrocities committed by Bunting. There is very little actual onscreen violence. Instead, scenes of rape, child molestation, and animal brutality take up the majority of the film’s first half. Snowtown shows the irrational paranoia and prejudice of a small community, and how Bunting carefully infected the minds of those around him – spotlighting the very worst attitudes in society. The result is depressing and at times unbearable to watch.

Some argue that Snowtown fails to provide a solid motive for the murderous actions, apart from a vague sense of bad upbringing – but director Kurzel is more concerned with the visceral experience; making us feel the events, rather than understand them. And what is there to understand really? A man as sick as Bunting did not need a logical reason to end a life. Snowtown is designed to reveal how somebody like John Bunting can creep inside a a community and spread fear, hatred and bigotry. This is as much a story about the nature of seduction as it is about a famous serial killer, and Kurzel’s approach is far more disturbing than any “horror film” in recent memory. The production values are solid across the board. The minimalist, pulsating score of Jed Kurzel really gets under your skin. Cinematographer Adam Arkapaw (who also lensed Animal Kingdom) shoots in cold, grey twilight hues and does a wonderful job to convey the bleakness of the events in contrast to the beautiful landscape. Arkapaw really does have a unique eye for finding beauty in ugliness. Daniel Henshall, the only trained actor, plays John Bunting. His performance is utterly terrifying and compelling every step of the way. Henshall brings a cool, methodical menace to his character, while Lucas Pittaway is outstanding as the weak and impressionable Jamie. With very little dialogue, Jamie is a character that needs an actor who can look emotionally tense and mentally unstable throughout the majority of the pic. Pittaway says more with his eyes than with his words – it is acting of the highest calibre from a first-time performer. The rest of the actors are entirely composed of local non-actors Kurzel gathered from the suburb where the film takes place. Their stripped-down, improv-heavy dialogue and naturalistic performances lend the film a gut-wrenching authenticity that cannot be overlooked.

Justin Kurzel’s debut feature marks the arrival of a fully-formed talent coming out of what seems to be Australia’s golden age of crime pics. Snowtown is absolutely mesmerizing, uncompromising and a one of a kind. This is one of the most unnerving serial killer films ever made, but it’s a movie you should subject yourself to, regardless.