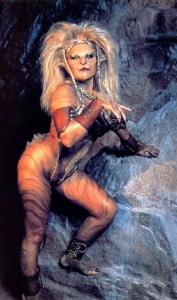 It’s common geek knowledge that Star Trek is a smarter version of Star Wars. However, this should not be the badge of honour that so many Trekkies wear with pride, since Star Wars is essentially what idiot kids dream about when they’ve eaten cotton candy instead of their Ritalin. Here’s the thing: musing on philosophy, ethics, and grander themes of universal morality are not entertainment. They are, at best, university level lectures in one of those disciplines that get you a job interviewing anarchist marching bands for an alt-weekly. At worst, they’re a stoned conversation with an ex-hippie who half-remembers reading A Brief History of Time.

And that’s been the problem with the Cult of Star Trek in the past few decades. For some reason, the adventurous, frontier spirit of the original TV show has been forgotten. In place of karate chops, Cold War paranoia, and murderous aliens, Starfleet has become some sort of bland diplomatic corps that likes to play dress-up, with its members more interested in quoting Moby Dick and facilitating trade negotiations than vaporising interstellar warships and knife fighting. Cerebral, sure, but also fucking boring, unless Henry Kissinger gives you a hard-on.

But yet, Star Trek fans crow on and on about their futuristic paradise, and its eco-friendly, humanist culture, as if it were the natural extension of liberal progressive thinking, rather than a half-baked synthesis of utopian fantasies and old Wired articles. And even though the franchise is ostensibly based in a rational technocratic worldview, it’s still so full of dippy spirituality it just feels like someone brought a laptop to Burning Man. And nowhere is this more apparent than in Star Trek V: The Final Frontier. 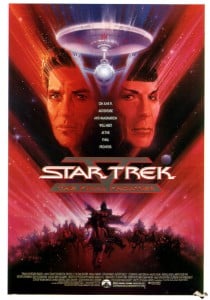 Cult: Star Trek Mystic Awareness School
Basic Tenets: Technology will create a paradise, free from disease, strife, and interest of any sort. We’re all going to sit around jerking off to pictures of Marshall McLuhan
Adherents: Hippies with iPhones.
Example: Star Trek V: The Final Frontier (1989). Directed by William Shatner, and written by David Loughery

This film is a prime example of the heavy-handed spirituality and philosophy that bogged down the franchise for so long. Featuring the now-flabby and grey-skinned cast of the original series, Star Trek V has the Enterprise searching for god at the centre of the galaxy.

After Sybok, a trumped up Vulcan televangelist who resembles Ted Haggard after a night sleeping on a park bench, takes over what appears to be a tired Mos Eisely, Captain Kirk is enlisted to save the hostages. What ends up happening, however, is that Sybok convinces the ship’s crew to buy into his pseudoscientific cocktail of quantum theory and ayahuasca, and takes over the Enterprise.

By the end of this seemingly interminable, rambling film, we’ve all confronted fear (and boredom), and god is revealed to be a giant floating dickhead who lives on a planet that looks like the craggier parts of Arizona. While I certainly appreciate the anti-religious sentiment of the film’s final conclusion, there’s entirely too much spiritual wankery along the way. And, sadly enough, no action to spice any of it up. Ultimately, we’re left with nothing but a whiney diatribe about the nature of the human spirit, which is nothing that can’t be gleaned from community centre seminars on crystal healing. It may be smarter than Star Wars. But it’s a lot more annoying.

Be sure to listen to Part 1 of Sound on Sight’s Star Trek Special here.