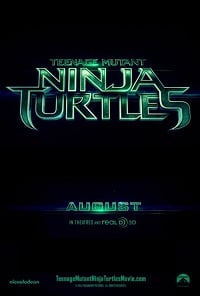 There’s a brief period of time when you think, “You know, this isn’t really that bad.” You let your guard down. Those Clark Kent-looking 3D glasses fall to the end of your nose and you settle back into your squeaky seat. But about 15 minutes into Jonathan Liebesman’s new incarnation of Teenage Mutant Ninja Turtles you hear it… something subtle yet unpleasant. A quick scan of the screen finds Megan Fox standing there, mouth agape, with a look of incomprehension on her face. The sound you are hearing, quite literally, is her breathing. This movie is so dumb, so bereft of interesting ideas, that its star has been reduced to a wobbly mouth-breather. The bad news is… you’re next.

The Turtles began as a comic book in the mid-80’s, crawling out of the sewers and into the minds of impressionable kids with enough disposable income to afford action figures. Later, it became an insipid cartoon, as the “heroes in a half-shell” battled the bad guys with their ninja weapons and groan-worthy quips. They made three movies in the early 90’s, each worse than the last. But our four heroes would not be denied. They have risen again like a turd-covered phoenix, armed with enough action tropes and superhero set-pieces to steal another 100 minutes of your precious life. It’s perhaps trite to say that you’ve seen this movie before, but… you’ve seen this movie before.

Rather than being men in suits with animatronic heads (like the last live-action film incarnation), these TMNT are all fake. Raphael (Alan Ritchson), Leonardo (Johnny Knoxville), Donatello (Jeremy Howard) and Michelangelo (Noel Fisher) are capably voiced, but it hardly matters. With the exception of the smooth-talking jive turkey Michelangelo, none of the Turtles have a distinct personality. Their venerable mentor, Splinter (Tony Shalhoub), has twice the personality of any Turtle and he’s a better fighter! Contrast this with the recent blockbuster Guardians of the Galaxy, in which the filmmakers took great pains to ensure each character was distinctive and memorable. Here, an entire stable of screenwriters can’t even manage to distinguish their characters beyond a colored headband. Compared to the Turtles in TMNT, the dwarves in The Hobbit are deeply nuanced characters.

And then there are the humans. It’s unfair to say that Megan Fox is terrible, but life is unfair so… Megan Fox is terrible. She plays reporter April O’Neil, who functions as the human liaison for the Turtles. O’Neil is one of those plucky reporters who sees people running and instinctively darts toward the danger. She’s a wonder of natural selection, really, defying the very laws of nature by surviving into adulthood. Her cameraman sidekick is the slightly less-tanned-than-usual Will Arnett. Arnett fares better than his flesh and blood counterparts (including the great William Fichtner) because he’s allowed to act the fool. Everyone else plays it deadly straight and they suffer the consequences for it.

There’s a plot, too. It’s lifted directly from about five James Bond movies with a little bit of The Amazing Spider-Man tossed in for good measure. The evil ninja-robot Shredder (Tohoru Masamune) plans to release a toxin into New York City. The only cure is the mutagen coursing through the Turtles’ blood; the same mutagen that gave them superhuman strength, the power of speech, and any other ability that the moronic plot finds convenient (“Hey, we’re bulletproof!!”). You see, April O’Neil’s dad was working on the research team that developed the mutagen, but then he discovered it was being used for nefarious purposes, so he destroyed it and hid all his secret files in an underground train! Oh wait, wrong movie. Someday, an enterprising college student will create a drinking game where you must identifying all the movie references in Teenage Mutant Ninja Turtles, and binge drinking shall ensue.

To his credit, director Jonathan Liebesman tries to keep things as fun as possible. He seems to be winking at us whenever one of his characters, usually April O’Neil, lets loose with a real doozy (“You killed my father!!!”), but the overbearing stupidity snuffs out all the irony. The pacing, too, is a major problem, with half of the movie consisting of exposition and the other half degenerating into a frenetic mess. Little kids might find the jokes and action set-pieces enjoyable, but everyone else will be wiping the drool from their chin.

With so many action franchises vying for our attention, rolling out an unimaginative blockbuster simply isn’t acceptable. Show us something different, something we haven’t seen before. Take the time to create a story populated by interesting characters, with identifiable goals and genuine emotions. It’s baffling that Teenage Mutant Ninja Turtles was unable to muster any of these things. That it was too lazy to construct a proper story, yet motivated enough to include an entire scene dedicated to promoting Pizza Hut perfectly illustrates what a cynical cash grab this movie is. Back to the sewers with you! 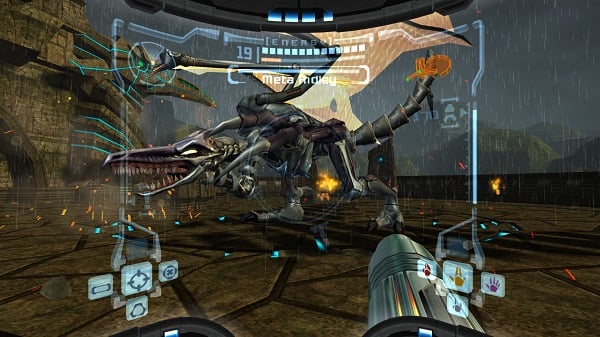