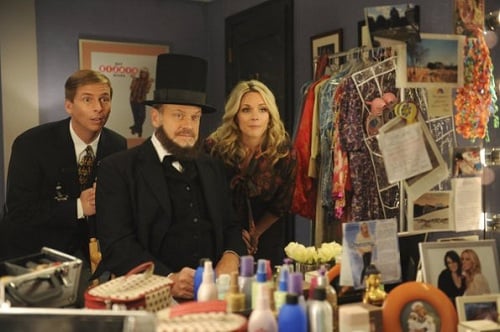 It’s kind of disheartening to see the show has abandoned the new dynamic involving a happy Liz and a sentimental Jack it established in the pilot. Part two of “Idiots are People” is much stronger than part one, but after being teased with the possibility of Liz having a wonderful new boyfriend who is going to change her life, we’re firmly back in the familiar territory of Jack deriding Lemon’s poor taste in men. It’s amusing to watch as Jack breaks up with Liz’s boyfriend for her and it’s always fun when Devin Banks comes around, but these are very familiar scenes, tropes 30 Rock has turned to time and time again.

The real highlight this episode is Kelsey Grammer in one of the show’s more bizarre guest spots. What really sends it over the top is that he’s appearing as himself, so Kelsey Grammer isn’t playing a cleaner, he is a cleaner. The episode really springs to life whenever he’s on screen doing his Winston Wolf thing and it’s almost enough to make you forgive him for stealing the Golden Globe from Bryan Cranston. His one man performance as Abraham Lincoln is a nice touch as well and he even works in a fun little Cheers reference. 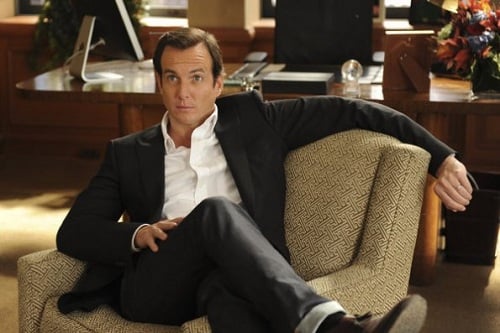 “The Ballad of Kenneth Parcell” opens with a trailer for Jenna’s new film, a Garry Marshall romcom centering around Martin Luther King Day (which is somehow much less funny than it sounds), and the episode progresses downhill from there. There is a brief moment as Liz and Jenna eat lunch together where it looks like they’re going to delve deeply into Jenna’s character but it’s quickly abandoned as the episode devolves into a mass of disconnected parts. That this appears to be the A-Plot makes the title of the episode just as puzzling as the rest of it. Ostensibly Kenneth is a blue-collar hero fighting to keep the page program going, but that never really comes across as boldly as the title would imply.

In the C-Plot Tracy is struggling with his mortality because he has everything he wants and life has lost all of its mystery. This leads to a mish-mash of climaxes with Liz confronting her doppleganger, Jenna hanging out with the WWE’s Mankind (why is he here again?), and Tracy contemplating jumping off a bridge, while Jack decides he can’t live without Kenneth and reinstates the page program. The bizarre disconnectedness is highlighted by a tag featuring Steve Earle singing what is apparently “The Ballad of Kenneth Parcell”, which seems to come out of nowhere. Any goodwill built up by “Idiots” is completely gone by the the time the credits roll on “Ballad.” 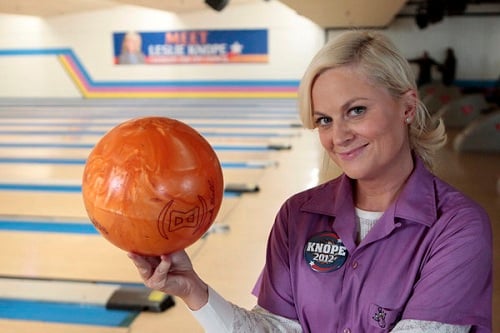 When you decide to run for political office, you open yourself up to the public’s opinions. It’s not only socially acceptable for people to state their views on candidates, it’s encouraged. If you are a candidate, you’re bound to hear some things that you don’t like and learning to deal with that is part of the process. That’s where Leslie is at in “Bowling for Votes” and her natural response to being told she’s not the kind of person you could go bowling with is to stage a campaign event at a bowling alley, make sure that guy shows up, reference a folder of data accumulated on him to attempt to win his favor, let him win, when that fails beat and humiliate him, and then have your boyfriend punch him in the face when he calls you a bitch. That’s the normal response to a benign comment, right?

Amy Poehler could very well use this as an Emmy submission episode. She’s given a lot to do and touches on a lot of different emotions over the course of the episode and manages to sell them all. Watching Leslie trying to appear laidback is hysterical, as are her attempts to ingratiate herself with the man who insulted her. It’s also a really strong episode for Aubrey Plaza. In the B-plot, April is assisting Jerry and the others as they cold call and try to raise money for Leslie’s campaign. Watching her cycle through a bunch of different characters in an attempt to garner donations is some of the best comic work Plaza’s done in awhile, and her awkwardness as she attempts to console Chris following his breakup with Millicent is genuinely moving.

April’s telethon strategies and Leslie’s attempts to connect with the public get some competition in the comedy relief department from Ron Swanson and Tom Haverford at the bowling alley. Ron’s continual exasperation as Tom beats him by bowling underhanded delivers some of the biggest laughs of the night. The tag featuring Ron covertly trying out Tom’s technique and getting a perfect score is a nice touch as well. 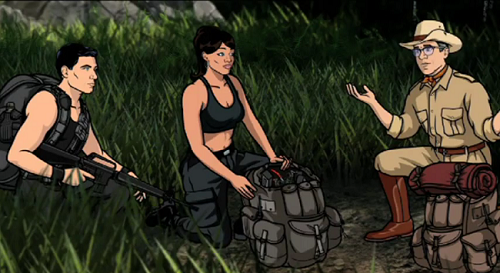 Cyril is in many ways the Jerry Gergich of ISIS, constantly being put upon and underestimated by his coworkers. So when Malory promotes him to field agent now that Gillette has been paralyzed, the natural expectation is that he will compromise the mission in hilariously disastrous ways. For a while it seems like it might, as his presence has Lana and Archer’s tempers pushed closer to the breaking point than usual and he manages to get lost in a remarkably short period of time, but then he ends up embedding himself as their target’s accountant and in many ways is the only one keeping the mission from being a total failure.

Comedy frequently arises from surprise or subverted expectations and H. Jon Benjamin and Aisha Tyler playing surprised at Cyril’s competence in the field is much funnier (and certainly much more interesting) than if Adam Reed had decided to go the easy route and had Cyril muck things up. He even plants the bit with Cyril spending too much time reading the dossier so it doesn’t seem out of character when he starts exploiting this intel later on.  It’s perhaps something Parks and Rec could learn from, as some of their speedbumps this season seem to arise from characters like Chris and Ann and even April & Andy remaining in stasis.

“El Contador” is a pretty middle-of-the-road episode of Archer, which isn’t to say average Archer is anything to scoff at. The drug testing B-plot doesn’t work quite as well as the jungle sojourn, although the hallucinations Pam and Cheryl experience after drinking Krieger’s tea are pretty funny. Overall it feels a bit low-key after last week’s Burt Reynolds action movie bonanza, but that’s a pretty high standard to hold a show to. 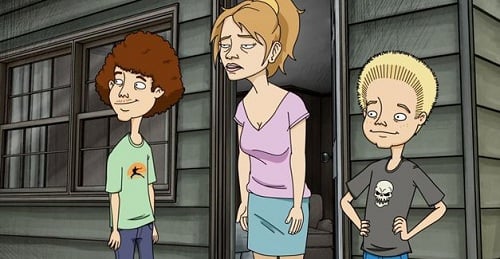 If there’s one thing that sticks out about Unsupervised after two weeks, it’s the sweet innocence possessed by Joel and Gary. Just listen to Joel’s enthusiasm as he professes his love for sunshine in an attempt to dissuade the titular “Rich Girl” Ally when she asks where she can get drugs, or his attempt to cheer up her father when he says being a dentist doesn’t exactly score him points with women – “Without you, we wouldn’t have no smiles!” It’s a very different tact than the one usually taken by animated shows revolving around adolescents. Just look at South Park or Daria or the aforementioned Beavis and Butthead. They tend to revolve around disaffected or rebellious characters like Ally, but Joel and Gary genuinely seem to love life.

It’s that unfettered enthusiasm at its core that makes it easier to overlook the fact that it really isn’t that funny, that after just two weeks, the Panamanian and Australian neighbor characters are already seeming one-note, and that the scripts are rather generic thus far. Tonight they try to set up Gary’s pothead stepmom with Ally’s father in an attempt to improve their social class, feeling down on themselves after seeing how luxurious life can be, and realizing just how dismal their surroundings are. Naturally it doesn’t come together as planned but they seem to take it in stride.  Because really, how bad can life be when you were frickin’ eatin’ nuts with a squirrel the other day? 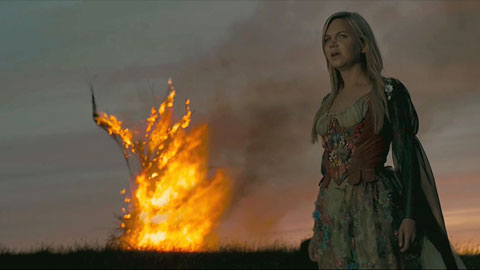