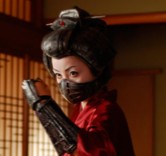 Let’s be honest: having read the title, you already know whether or not you want to see RoboGeisha. That out of the way, we can cut to brass tacks. RoboGeisha delivers what it promises: beautiful, robotic, lingerie-clad geisha assassins. Here are some other things RoboGeisha delivers: missiles, chainsaws, katana, seppuku, robot transforming, samurai, a castle robot, and a rather infamous fried-shrimp attack.

The success of a film like RoboGeisha can’t be measured in characterization and plot; the characters are barely cartoons, and the plot hardly matters. Rather, RoboGeisha must be measured in how many innovative ways director Noboru Iguchi can make things fight, bleed, and explode. It could also be measured in the number of weapons the geisha can sprout from their bodies, the volume of bullets deflected by katana, or the amount of gleeful sacrilege committed against humanity. Geisha have never killed more, buildings have never bled more, and taste has never suffered more than in RoboGeisha. In fact, it looks as though 4chan’s /b/ board contributed half the script. Alternatively, RoboGeisha is what you might see if you were to watch Power Rangers whilst taking a hit of acid every five minutes.

RoboGeisha is not a film that can be easily recommended. You are either a fan of the genre, or you are not. The middle ground is sparsely populated, perhaps by drunken college freshmen and people with unhealthy amounts of cartoon violence on their DVD shelf. In case you were wondering, I am the latter, and I enjoyed every bit of this madcap gore-fest. 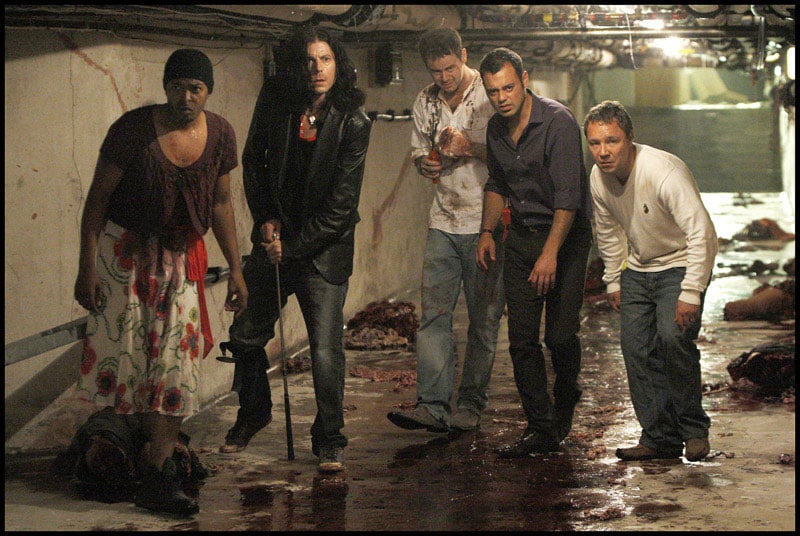