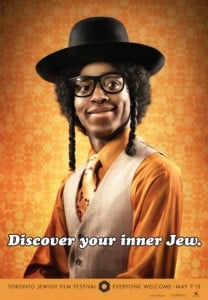 With Hot Docs nearly behind us, it’s time to gear up for another awesome festival Toronto is privileged to host: the Toronto Jewish Film Festival. From May 7th through the 15th, TJFF is hosting over one hundred films from twenty-one countries. It will be an eclectic mix of documentaries, short subjects, feature narratives, panel discussions, Q&A’s, and the guarantee of something for every taste – kosher or not.

The festival will open with a bold and deeply relevant Lenny Bruce documentary Looking For Lenny, that is required free speech advocate in the GTA. Looking for Lenny part of a TJFF series The Three Lennys, which will feature a handful of films about Leonard Bernstein, Leonard Cohen, and Bruce himself. The festival also features Between Two Worlds, which explores the divisions of contemporary Jewish society, Heart of Auschwitz, a personal story of survival during one of humanity’s darkest moments, and Hot Docs favourite The Hilltops. Here’s a quick sample of the rest of the menu:

A Jewish Girl in Shanghai – An animated film from China based on the eponymous graphic novel.

Yes, Miss Commander! – A documentary about young men training for the IDF under female commanders.

Little Rose – A Cold War thriller about seduction and Zionism.

Shalem Aleichem: Laughing in the Darkness – The story of the Yiddish writer behind Fiddler on the Roof.

Chasing Madoff – The riveting documentary about the ten year capture of Bernie Madoff.

Tickets on sale now. More information is available on their website.