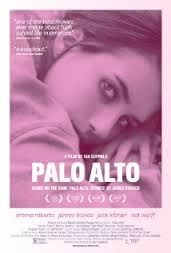 Regardless of the actual quality of Palo Alto, there’s likely to be some backlash against it similar to the one described here with respect to the television series Girls. Palo Alto writer/director Gia Coppola is Francis Ford Coppola’s granddaughter. The leads are played by Emma Roberts (Eric’s daughter/Julia’s niece) and Jack Kilmer (Val’s son). Val Kilmer himself is in a small role. Janet Jones-Gretzky and her daughter also have small roles, as does Talia Shire (Francis Ford Coppola’s sister). A number of Coppolas can be seen amongst the various crew. Palo Alto may not be strong enough to overcome that backlash, but it’s got more than a few moments that indicate a bright future for Gia Coppola.

Roberts’ April is a popular enough girl in her Palo Alto high school, but she’s also got an awkward reputation as “the virgin,” which makes her vulnerable to the sleazy advances of her soccer coach (James Franco). Jack Kilmer plays Teddy, who isn’t quite a stoner burnout but could be headed in that direction thanks to the influence of his friend Fred (Nat Wolff). The film, which Coppola adapted from a book of short stories written by Franco, follows April and Teddy as they bounce from party to party, circling around each other with an awkwardness that can only precede true love.

There is a natural ease to many scenes, especially the debauched-but-not-too-debauched parties, that helps Palo Alto feel lived-in. Some impressive lyrical moments emphasize the teenage perception of the adult world, and not always in a beautiful way; a difficult scene in which Fred seems to be imagining the sexual assault of his would-be girlfriend will inspire a lot of discussion amongst film buffs. Coppola also has a great ear for almost-significant dialogue, of the sort that sounds deep to teenage ears but has no real meaning; the exchange between April and Teddy about how she “doesn’t feel anything” is a fine example. 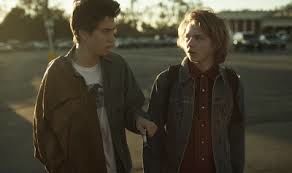 The real problem is that, as might be expected from an adaptation of a book of short stories, Palo Alto can’t seem to decide if it’s interested in a real narrative or not. April’s interaction with her teacher is a narrative; in fact, it’s nearly enough narrative for her own movie. But almost everything involving Teddy is plot-free, nearly impressionistic storytelling, as Teddy and Fred hang out together and only occasionally feel conflicted about their friendship and what they want for the future. It plays as though Coppola was attempting to remake Dazed and Confused for the present day, but changed her mind and decided to drop a new story with Emma Roberts and James Franco into the middle of it.

The film pays equal attention to its acting as it does to its plot. Roberts is superb, embodying the typically teenage mix of adult desires and childlike naivete. It’s uncanny how she’ll start a scene looking 17 (or even a 15-year-old who has skipped a grade), and finish the scene looking 10 years older and more world-weary. But Kilmer seems uncertain as an actor, not enough of a match for Roberts’ committed performance, perhaps because indecisiveness is such a big part of his character. The supporting players are all over the place, with the nadir being Val Kilmer’s turn as April’s stepfather: it’s so much goofy nonsense that, despite the fact that he’s around for barely 5 minutes, it stands out as the worst thing in the picture.

Add it up and it may be that, among the movies that you would describe as “uneven,” Palo Alto is the most well-crafted and mature of them all. It has moments that will rival any other scene in any other movie this year, but they’re not assembled consistently. Gia Coppola, Jack Kilmer, and many others in the film could one day be great artists; if that happens, Palo Alto will serve as evidence of where it all started, the almost-great film that they made before they had everything put together. 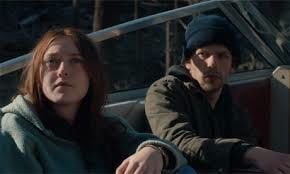 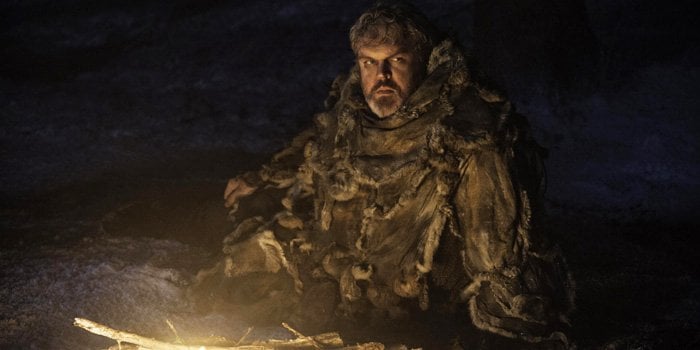