Home
Entertainment
True Blood, Ep. 4.05: “Me and the Devil”
Prev Article Next Article 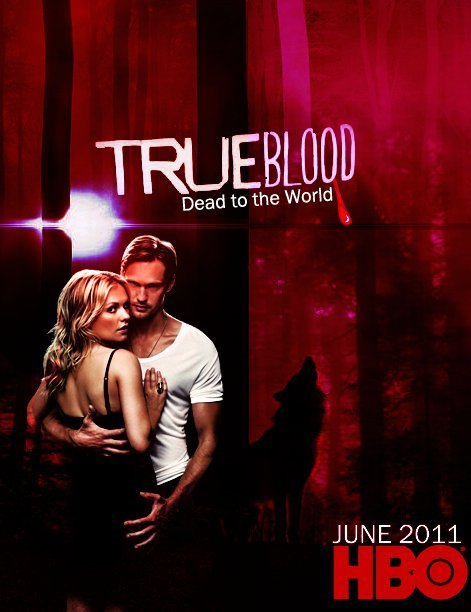 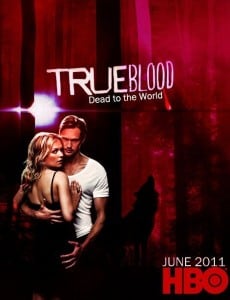 True Blood, Season 4, Episode 5: “Me and the Devil”
Written by Mark Hudis
Directed by Daniel Minahan
Airs Sundays at 10pm (ET) on HBO

True Blood, currently in its fourth season, has become a staple of summer entertainment. Critics have been generally favorable, the show has garnered numerous award nominations, it grows in viewership each year, and is one of the biggest water-cooler shows on TV. The series, based on the Southern Vampire Mystery novels by Charlaine Harris, takes place in a world where vampires exist and have recently come out of the coffin, revealing their existence to the mortal world and campaigning for equal rights. All sorts of other supernatural creatures exist as well, including werewolves, fairies, shapeshifters, and Ancient Greek demi-gods. Set in the fictional small town of Bon Temps, Louisiana, True Blood follows twenty-something mostly-human waitress Sookie Stackhouse as she and her friends and family are drawn into the bizarre and dangerous world of the supernatural. 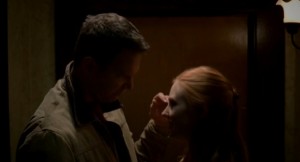 This season, Sookie, after a brief jaunt into Faerie at the end of season 3, returns to find that time moves differently here and rather than being gone a few hours, as time has flowed for her, back in our dimension she’s been missing for a year. Her ex, Bill Compton, has been promoted and is now the Vampire King of Louisiana. Dangerous vampire Eric Northman, who is far more interested in Sookie than she would like, has bought and fixed up her house, allowing him to enter at will. Her ne’er-do-well brother, Jason, is now a Sheriff’s Deputy, her best friend Tara has gone from victim to cage-fighting badass, and her other friends all have varying troubles of their own.

In the first four episodes of the season, Sookie met her Fairy Godmother, whom Eric ate. Eric was cursed by the spirit of an incredibly powerful witch, giving him amnesia and rendering him helpless (and humorous). Tara, Lafayette, her cousin, and his boyfriend, Jesus, convinced Marnie, the head of Jesus’ coven, to try to undo the spell on Eric, fearing reprisal, but Marnie’s been playing with a bit too much black magic and the spirit who cursed Eric instead cursed Pam, his progeny, disfiguring her. Jason was attacked and held captive by yokels (well, were-panther yokels) who attempted, with unknown success, to turn him, before he escaped and collapsed on the side of the highway, where Hoyt and Jessica found him. They’re experiencing some relationship trouble, or rather they were, until vampire Jessica memory-wiped Hoyt after confessing to stepping out (on Hoyt’s neck, that is). That’s not even getting into the family drama with Sam, Sookie’s friend and employer, Sheriff Andy Bellfleur’s vampire blood addiction, his sister’s unfortunate relationship with Bill, Arlene’s potentially evil baby, the reappearance of Alcide, a friend of Sookie and ally of Eric, and his now-sober, hopefully no-longer crazy, girlfriend, or the mysterious politics of the Vampire League of America and the looming attack coming from Mab and the rest of Faerie. 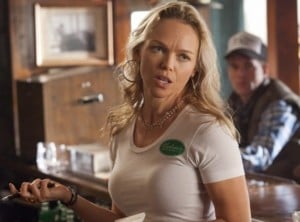 This week, Tommy bonds with his brother Sam in that particular Mickins way, Eric has a bad dream, Tara refreshes Sookie (and Eric’s) memory, Lafayette and Jesus go to see grandpa, Eric gets some action, and Jason has a dream about Jessica and, to his discomfort, Hoyt. Arlene and Terry have Reverend Daniels cleanse the house, with questionable success, Sookie talks to her deceased Gran, via Marnie, and receives two warnings, Marnie is captured by Bill and questioned, backstory about the witch possessing Marnie, Antonia, is revealed, Pam lets some info slip, and Bill receives some bad news.

This season has been a bit hit and miss so far, with certain plotlines failing to generate interest (Sam’s family drama and Jason’s 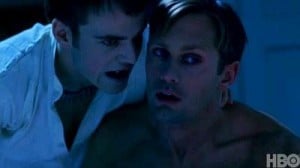 Werepanther Adventure, to be specific) while others utterly captivate (Amnesiac Eric). This trend continues, but thankfully we’re spared any time in Hicksville with Jason’s kidnappers. The story is moving along nicely, with interesting developments pretty much across the board, paired with much appreciated character moments, such as Sookie and Tara’s heart to heart. It has been great to see Rutina Wesley get to play Tara as strong this season, rather than the broken and abused shell we saw in seasons two and three. It was surprisingly moving to hear Gran’s voice again for the first time since season one and it’s wonderful that Sookie is the type of character to run and not ask questions when her Gran tells her to. Alexander Skarsgard, as Eric, continues to be the standout, though here’s hoping the writers don’t abandon the humor of the character as things progress- AngstyAmnesiacEric is interesting, but we’ve all seen angsty emo vampires before and they can get old very quickly. True Blood has a history of starting strong only to bobble the landing. It’s been, overall, a strong start, once again. We’ll see if this season can change the trend and finish just as well.
–
– Kate Kulzick
0shares


Prev Article Next Article
Tags:Me and the Devil, True Blood