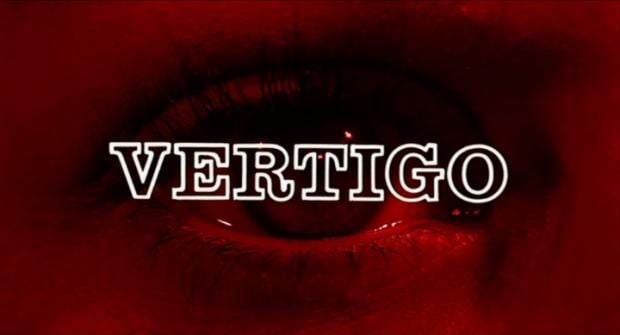 Bring up Alfred Hitchock’s Vertigo (1958) in conversation to anyone who has seen it and you are bound to get one of two responses; complete and utter contempt over its baffling complexity or hyperbolic gushing over the film’s genius. Whatever your opinion of Vertigo, the film does have a lot of talking points. One of Vertigo’s most striking and memorable elements is Bernard Herrmann’s lush, predominantly string score. Using motifs (small phrases of melody or even just a few notes attributed to a character, object, and emotion etc.), Herrmann was able to imbue scenes that had little to no dialogue with meaning that might have otherwise been lost on the viewer.

Vertigo’s narrative concerns an ex-police detective, Scottie (James Stewart), who suffers from a condition known as acrophobia, or vertigo, which causes him to essentially lose his shit when he is even just a few feet off the ground. Scottie becomes obsessed with a woman called Madeline (Kim Novak) and is overcome with naughty thoughts that render him useless in much the same way that his vertigo does. The film, like many in the Hitchcock oeuvre, is essentially one big Freudian wet dream. If you show it to a Freudophile make sure you have towels. The film’s memorable opening credit sequence with its close-ups of Kim Novak’s mouth and eyes and Saul Bass’ iconic spiral designs, is accompanied by Herrmann’s “Prelude” musical cue. “Prelude” functions as a microcosm of Scottie’s world in Vertigo in that it presents the themes that are central to Vertigo’s narrative. The cue opens with a rapid-paced ascending and descending figure that is repeated throughout and accented in such a way that it plays with the viewer/listener’s sense of musical expectation. At points in this figure the harmony is also jarring and in combination with its frantic movement, the overall effect is that one feels agitated and a sense of unease. The “Vertigo” figure is meant to function as the musical equivalent of a bout of Scottie’s vertigo and as Robin Wood, author of Hitchcock’s Films, notes, it also mirrors Scottie’s ambivalent neurosis in that he has “both a fear of falling and a desire to fall.”

As well as the “Vertigo” figure, “Prelude” also features another important piece of musical material. Comprised of four descending notes, what is best described as the “Love” motif acts as a harbinger of Scottie and Madeline’s doomed romance. Its slow downward movement suggests both Scottie’s longing and his self-destructive desire to fall. This motif permeates Vertigo’s entire score and functions as a constant reminder to the audience of Scottie’s obsession with Madeline and the alienation both this obsession and his debilitating vertigo cause him. For example, one of the film’s most heart-wrenching scenes shows Scottie wandering the streets of San Francisco alone in the early hours of the morning after having just been released from the sanatorium. The scene is accompanied by Herrmann’s sparse cue, “3.A.M”, featuring the “Love” motif and given that there is no dialogue or any visual clues Herrmann is able to speak for the lonely, voiceless Scottie. As the “Love” motif has come to signify Madeline and their romance in the film, Herrmann is telling the viewer/listener that Scottie has clearly not been cured of his obsession with Madeline. What Herrmann’s “Prelude” cue for the opening credits does is present clues as to the reasons behind Scottie’s neurosis. By linking the “Vertigo” figure and “Love” motif Herrmann is highlighting the correlation between Scottie’s vertigo and his obsession for Madeline. Just as his vertigo causes him to lose control and become vulnerable, so to does Madeline.

Herrmann’s score for Vertigo remains one of the most striking and innovative in cinema and one that can still be enjoyed removed from the images it accompanies. Seriously, it’s that good. Get yourself a copy right now if you don’t already have it. Now. In utilizing Herrmann, Hitchcock found a composer who had a rare understanding of the hidden meaning behind images and dialogue and could translate these meanings musically. As Herrmann biographer, Stephen Smith notes, Vertigo is “Hitchcock’s most uncompromising film, and Bernard Herrmann’s fullest realization of his favorite dramatic themes: romantic obsession, isolation, and the ultimate release from death.” Due to their both being crotchety, uncompromising old bastards, the pair had a falling out in the late ‘60s but their collaboration left a hefty legacy in the form of classics like Psycho (1960), a film that boasts an iconic murder scene with the most recognizable film music in cinematic history apart from maybe John Williams’ theme for Jaws (1975). Though poor Bernie couldn’t get much work for a time after his spat with Hitch, all was not lost as he was rediscovered in the 1970s by young, hip American directors like Martin Scorsese and Brian DePalma.

Undertones is Clare Nina’s fortnightly guide to the world of film scores.