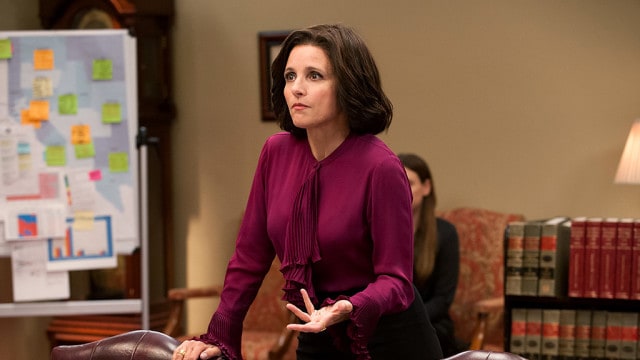 A key test of how fleshed out a show’s characters are is how well the story holds up when they’re pulled apart. Are their personalities interesting enough to sustain themselves in isolation? Or do the characters only work when everyone is together? “The Eagle” succeeds because Veep’s writers have crafted such well-drawn characters that half of them can be placed on the other side of the country without sacrificing any of the show’s wit or bite.

Selena and her new boyfriend Charlie Baird (John Slattery) are still dating and being pursued everywhere by the press. Selena’s approval is up, and even Wall Street seems to approve of the relationship. While things are going well in her personal life, her professional life is in turmoil. The recount is still going on in Nevada, and Selena is gaining votes, but not enough for her to overcome her opponent. However, Kent has run the numbers, and the statistics lead him to think that there must be thousands of missing ballots somewhere in the state.

At a moment when Selena is actually getting good press (desperately needs as much of it as possible for her recount), she accidentally tweets out some disparaging comments about her opponent and his sexual/dietary predilections, rather than sending the direct messages she intended. Everyone in the West Wing is terrible, so instead of admitting that she sent the vulgar tweets, Ben suggests they claim the phone was hacked and blame the Chinese in a Wag the Dog moment. After her opponent both slams her for the tweets, then claims she’s being soft on China, Selena decides to place targeted sanctions on China. 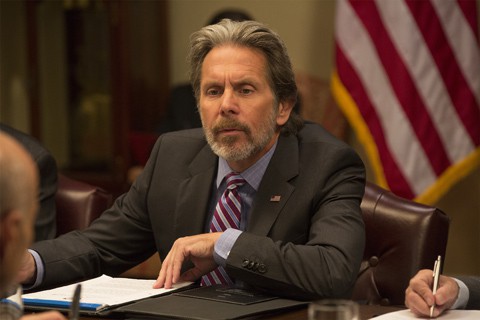 Back in Nevada, Bob Bradley is in charge of the recount effort, but his behavior is starting to suggest he might be senile. He’s been doing most of his work in a closet instead of his office, refers to Amy as “Jamie,” and walks around the office at night in his bare feet. He even walks out of a meeting about the recount, hops in a taxi, and is next seen walking into the Oval Office. Richard unintentionally manages to save the day when he gets one of the Nevada officials to admit that there are missing votes in Washoe County. Karen Collins, Selena’s insufferable yes-woman (the great Lennon Parham) is flown in to equivocate in front of a court considering whether to extend the vote counting. In the midst of her musings (“Before we begin, I’d like to define a few key terms. Vote. What is a vote?”), it’s announced that 10,000 ballots have been found in a disgruntled mail person’s house.

Veep is always strongest when it shows just how horrible people in government are. Selena’s tiff with China to cover up for her wandering tweets is one of the worst things she’s ever done. It also has personal implications for her administration: Mike’s adoption of a Chinese baby is now off the table, made even more poignant because he was the only one originally urging her not to lie about the origin of the tweets.

The episode also succeeded by keeping the action in Nevada as funny and engaging as the drama in DC. Amy and Dan had a great interaction when she informed him that her sister actually works for CVS, not CBS as he had originally thought. Bob Bradley’s dementia appeared swiftly but provided plenty of comedic material. And Richard had wonderful line after wonderful line. So far, Veep’s fifth season is batting 1000.