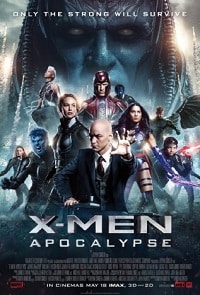 Perhaps there’s a good movie hidden inside the muddled mess that is X-Men: Apocalypse.  You can see flickers of life whenever Oscar Isaac is prowling the screen as the titular baddie.  Unfortunately, this is a lurching affair that takes too long to reach its recycled point; belaboring everything with stagnate melodrama, cheesy dialogue, and self-indulgent set pieces.  Director Bryan Singer helms a sprawling epic that’s merely cobbled together from familiar plot points and franchise curtain calls.

It’s never a good sign when a sci-fi spectacle begins in ancient Egypt.  In this case, we join the ‘transference’ of a decrepit Apocalypse’s soul into a younger host (Isaac), already in progress.  It’s 3600 BC in the Nile Valley, so we’re treated to plenty of dusty pyramids, elaborate costumes, and plundered gold (liquid gold was apparently very big in ancient Egypt).  The transference encounters a glitch or ten, resulting in the unintended burial of Apocalypse and the demise of his Four Horsemen in a confusing special-effects extravaganza.  Needless to say, Apocalypse won’t be a happy camper when he gets the repair bill.

Fast forward to 1983.  Doctor Xavier (James McAvoy) is presiding over his ‘School for the Gifted,’ Mystique (Jennifer Lawrence) is surreptitiously fighting mutant exploitation, and Magneto (Michael Fassbender) has settled down in Poland with a wife and daughter.  The events of 2014’s X-Men: Days of Future Past are still fresh in everyone’s mind, though an uneasy peace has been forged between humans and mutants.  After a bizarre accident worthy of a Monty Python sketch befalls his family, Magneto is ripe for indoctrination by a recently-risen Apocalypse, who’s still recruiting a new band of Horsemen.  Apparently, he came up empty on Craigslist. 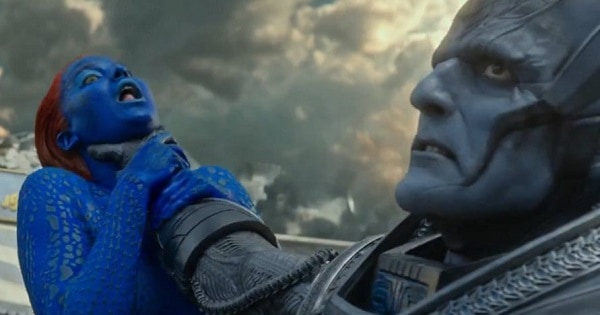 X-Men: Apocalypse reveals its fatal flaw almost immediately; there’s too much stuff happening to make any of it particularly interesting.  The screen is cluttered with characters, none of whom have a compelling (nor discernible) arc.  Somehow, “Magneto has good inside of him!” feels a bit tired the fifth time around, and, “Mystique must embrace her inner hero,” isn’t much fresher.  The only characters that even remotely confront an existential crisis are Quicksilver (Evan Peters), who is understandably reluctant to confess his kinship to a psychopath like Magneto, and Jean Grey (Sophie Turner), who is understandably reluctant to unleash her hellish powers.

Of course, none of this makes any difference within the framework of Apocalypse.  In an X-Men universe that has literally turned itself inside out on numerous occasions, it’s no surprise that every plot point is a re-hash, pre-cursor, or inside joke.  Rather than using this pre-existing knowledge to inform the characters and introduce new complications, writer Simon Kinberg uses it as a shortcut (i.e. create more time for punching and special effects).  Nowhere is this more evident than the re-introduction of Xavier’s love interest, Moira Mactaggert (Rose Byrne).  What might have been the emotional core of a film that desperately needs emotion is reduced to a sterile montage of flashbacks.  Not to mention the crime of wasting a gifted spitfire like Byrne. 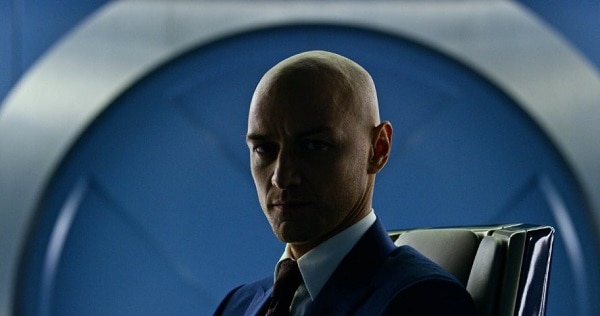 The same narrative pattern that afflicted Days of Future Past holds for Apocalypse, as well.  Action happens and then people stand around deconstructing their feelings, usually in the most simplistic and clichéd manner possible.  Any big ideas or themes that once existed in the X-Men universe have been thoroughly traversed at this point.  Characters grapple with their mutant powers until it’s time to unleash them with extreme prejudice.  The formula is now familiar to the point of boredom.  Even the latest Quicksilver sequence, which finds him casually rescuing victims from a bomb blast to the tune of “Sweet Dreams (Are Made of This)” by Eurythmics, feels like nothing more than a hollow callback to the clever “Time In A Bottle” sequence from Days of Future Past.  We should be having fun with all this ridiculous action but, instead, it feels tired and predictable.

None of the poor actors have anything to do, either.  Nicholas Hoult (as ‘Beast’), for instance, is a capable actor relegated to making wisecracks.  Fassbender is suitably commanding as Magneto, but McAvoy struggles a bit with this more playful version of Xavier.  The newcomers enlisted to replace established actors fare even worse.  Sophie Turner feels slight as the powerful Jean Grey and Kodi Smit-McPhee is little more than a cartoon rendering of Nightcrawler.  Again, it’s hard to indict individual performances when all the characters are so bereft of emotion or insight.

Most of the highlights in X-Men: Apocalypse revolve around its indestructible villain.  Not only is Apocalypse the only original wrinkle in the film, he’s unintentionally hilarious throughout.  When Apocalypse sees a television for the first time, he lays his hand upon the screen and gravely pronounces that he’s “learning” about humanity.  Evolving through the years by transferring his experience from one mutant to another, Apocalypse is the perfect foil for our heroes.  So why does the struggle feel so… empty?  Not caring about anyone or anything on the screen might have something to do with it. 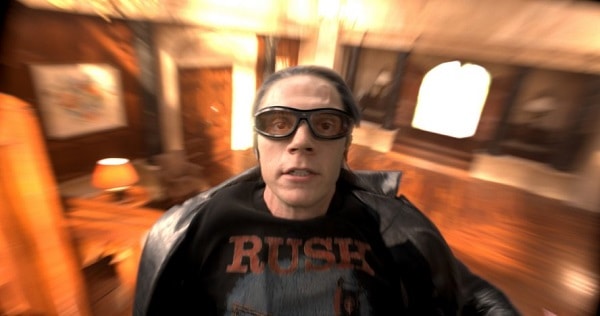 That’s not to say that X-Men: Apocalypse doesn’t look good.  Singer, along with his effects crew and set designers, create a believable world.  The action is big and loud, with plenty of ‘splosions to hide the seams.  Unfortunately, editor/composer John Ottman never finds his rhythm when cutting between the simultaneous story threads.  The cuts seem almost random at times, as if Ottman is editing to some imaginary clock in his head.  The results are disjointed and jarring; killing any hope for a satisfying conclusion.

‘Workmanlike’ might be too harsh a word to describe X-Men: Apocalypse, but it feels calculating and precise, like a trusted recipe that still turns out flavorless.  Its many shortcomings are made even more glaring by the dazzling Captain America: Civil War.  These Marvel brethren couldn’t be more different, both in execution and entertainment value.  Here’s wishing Singer more luck with the next inevitable installment of the infuriatingly uneven X-Men series.