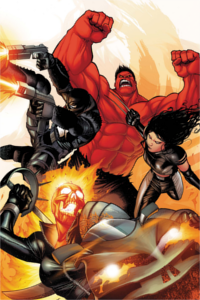 Continuing from his first story arc as well as being tied up in the “Spider-Island” event, Flash Thompson a.k.a. Agent Venom returns in the highly enjoyable “Circle of Four”.

“Circle of Four” is itself a bit of a strange beast as it’s actually two separate storylines combined together. The first arc is “Road Trip”. While coping with the death of his father, Flash is blackmailed by the sinister Crime Master to head to Las Vegas and retrieve something for him. To make matters worse, Captain America arrives intending to shut down Project Rebirth 2.0 and take the symbiote suit away from Flash. With no options, Flash must steal the Venom costume to save his friends and family from the hands of Crime Master. On his trip, Flash is joined by the ever entertaining Jack O’Lantern, and Flash learns just what kind of criminals he’s dealing with and what horrid things shaped Jack into the “man” he is. 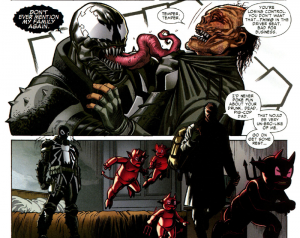 All in all, Road Trip is an enjoyable, though inconsequential part of Venom’s series. Its place is mostly to build up the inevitable battle between Flash and Crime Master and introduce a few more players key to that fight. Missing is Jack O’Lantern’s fantastic costume since he dresses in street clothes to blend in as much as one can with no lips and a face covered in third degree burns. He serves as a fantastic parallel to Agent Venom as Flash tries his best to hold together with the government and superhero community hunting him and trying to keep Jack O’Lantern from turning loose on innocent civilians. Reading Venom can almost feel like an act of sadism as the story keeps piling on more and more punishment for Flash Thompson to soak up. It’s moments like this one realizes why other “troubled” heroes bred of the 1990s tend to fall flat. It’s that as tormented as those types of heroes are, it never comes across like being them isn’t just another form of power fantasy. Flash Thompson is that but when reading about how damaged up his personal life is and how much it’s traumatized him, it becomes impossible to really want to be him. The art for this story is handled by Lan Medina. He does a good job as his pencil work is very refined. However, it feels strange against the grittier look of Venom’s previous artists like Tom Fowler and Stefano Caselli. It all comes to a massive battle across the Las Vegas strip where Flash Thompson finally gives into his darker nature and manages to sink even lower than thought possible.

Naturally, the real meat of this trade is in the follow up act: “Circle of Four”. Following up from the events of “Road Trip”, Flash Thompson has hit an all-time low. He’s barricaded up in a cheap Vegas motel room and just about ready to give up on the world and drink himself to death. Of course, he’s not so lucky as the Red Hulk is hunting him on behalf of Captain America, the female clone of Wolverine, X-23, is in town looking for a shady casino manager in ownership of her blood, and Alejandra Blaze, the then-current Ghost Rider, rides into Vegas with all sorts of black magic senses going off in her head. All four end up walking in on Blackheart, the son of the Devil, who’s planning to create Hell on Earth. Cut off from any outside help, Agent Venom, Red Hulk, X-23, and Ghost Rider must unite to defeat Blackheart, the forces of Hell, and their own personal demonic Antitheses specifically created to kill them. 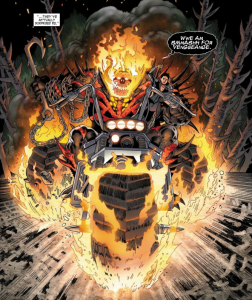 “Circle of Four” is an event that should be tried out more often. Despite the big scope, the entire story unravels within the pages of Venom, requiring little to no extra reading or tie in material. From the first issue, Rick Remender manages to introduce all of the central players, their general backstories, their goals, what stakes they all have in the proceedings, and give a sendoff to both Alejandra and X-23’s cancelled solo series. Honestly, if there is a major flaw with the event, it’s the pacing. While Remender handles issues #13, #13.4, and #14, the issues between (#13.1-#13.3) are handled by Rob Williams and Jeff Parker. While they do a serviceable job, they don’t have the same dynamic energy their co-writer brings to the table. When it hits its stride, “Circle of Four” feels like a sleazy R-rated horror/action movie with the budget of a Hollywood blockbuster. There are big monster fights; motorcycle chases; possession; people getting burnt, cut apart, and blown up; and all sorts of ridiculous fodder to chew through. There’s an entire two issues dedicated to the heroes battling a demonic preacher, a killer cheerleader, a brain monster, and an angel, and that’s all before the series tries to top itself by merging Red Hulk with the Spirit of Vengeance and Venom symbiote to create the end all of insane comic book creatures.

Regrettably the story does end up dragging its feet at times. There’s one issue where Mephisto teases the heroes with visions of their greatest desires which does offer a lot of insight to these characters but feels like covering old ground and is strange right in the middle of the arc. None of the artwork is in anyway bad though similar to Lan Medina, Lee Garbett and Sana Takeda have an all too clean style, especially when compared to Tony Moore’s excellent grit, grime, blood, guts, and Hellscapes. The writing of Parker and Williams feels slow compared to Remender’s fun and hectic pace, dragging the middle part down. Not to mention, some characterization comes off as inconsistent, specifically Alejandra as Ghost Rider. She seems to change alignments three times in this story. All the same, “Circle of Four” is a must read for fans of Agent Venom whether enjoying him for face value or as a great subversion of 90’s comic book stereotypes. 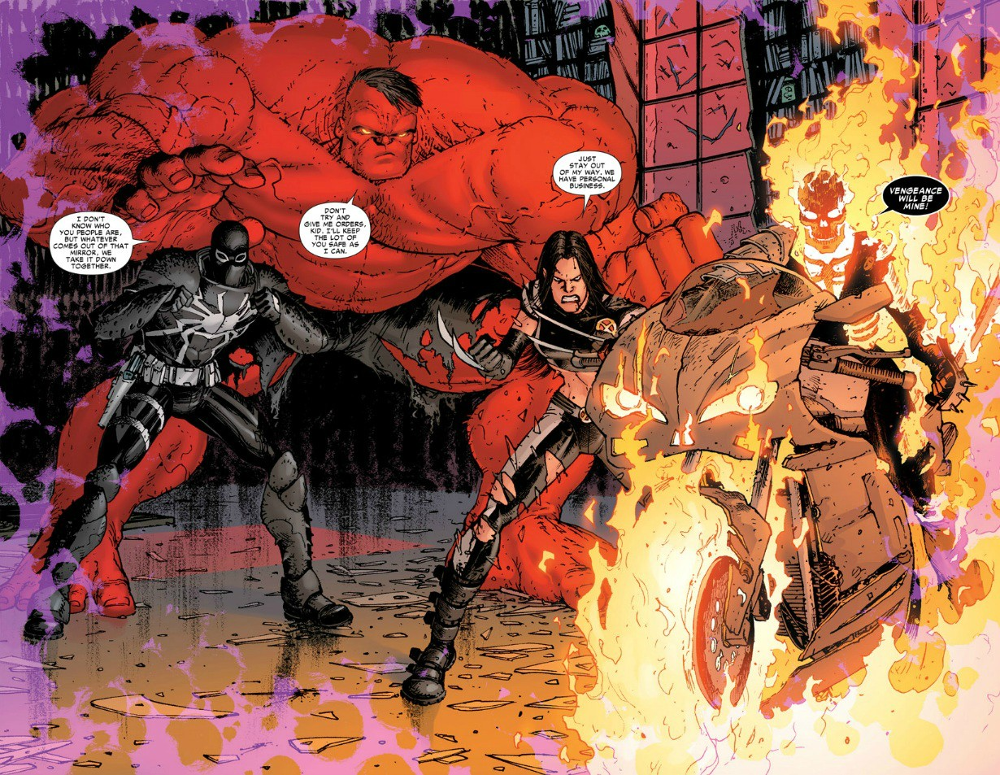 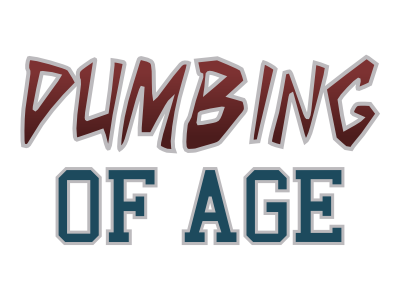 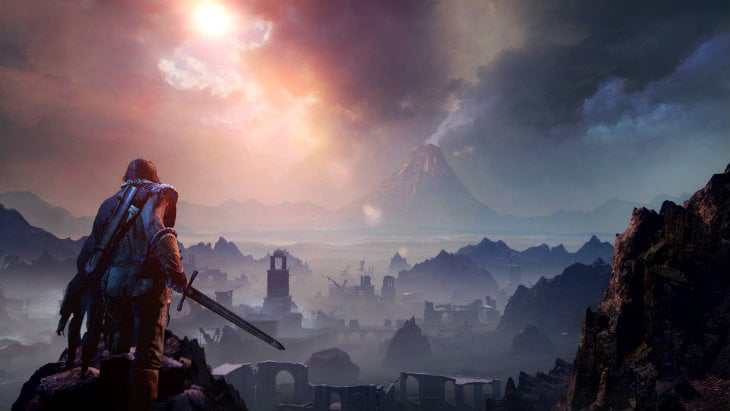