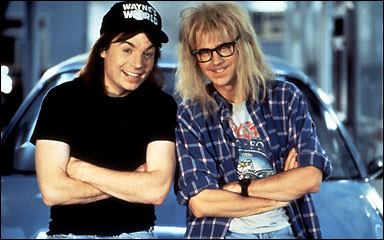 Wayne’s World is without a doubt one of the most popular recurring sketches from the NBC television series Saturday Night Live. The sketch spawned two films, and several catchphrases which have since entered the pop-culture lexicon. Dana Carvey hosted Saturday Night Live this weekend, which included a surprise appearance by Mike Myers, allowing the two actors to reprise their roles as Wayne and Garth. The duo decided to take a look at this year’s Academy Award nominees. Enjoy!