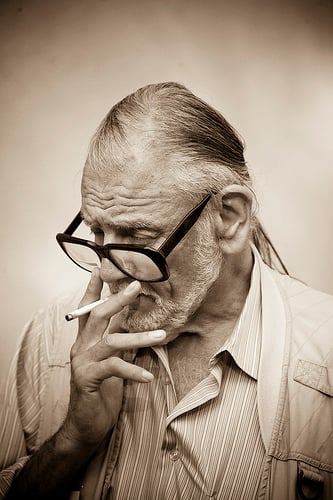 Body Count: Volume 5
.
There are certain directors whose represent absolutely pivotal moments in filmmaking. People like Griffith, Welles, Coppola and Scorcese have contributed to film in a way that has shaped the entire medium and changed the game. But there are also directors who represent pivotal moments of genre evolution: George Lucas and science fiction, John McTiernan and action pictures. Horror has a list of absolutely essential directors as long as your arm, as well. People like Tod Browning, James Whale, Roger Corman and George A. Romero. There are more to be sure, but in 1968, the rules of the game changed forever.
Romero’s apocalyptic Night of the Living Dead, though dismissed by many as a schlocky trash, marks the moment that the counter culture took over independent horror and steered it away from the cheap vaudeville antics of American Indepedent Pictures and into a gritty new era that was as vital and prolific as the emergence of the film school brats that would come to define the mainstream output of the 1970’s. Aside from adding sophisticated evidence that horror could be society’s mirror, Night of the Living Dead kicks off a powerful idea and a monster for every occasion; the zombie! Unfortunately, for all of Romero’s output in the genre, his zombies, representing only a small percentage of the films he has made, are the man’s defining beast. Since the release of Bruiser in 2000, Romero hasn’t even bothered to go back to making horror films without zombies and thus far, the results have been a fucking fiasco. However, his voice in the zombie paradigm is so powerful that he has been sought after as the definitive vision of the zombie apocalypse having directed the Japanese spots for Resident Evil 2 (known in Japan as Biohazard) and having been tapped to write and direct the original Resident Evil feature, later to be rejected in favor of Paul W.S. Anderson. For the record, Romero’s script was vastly superior.
But you know what? This article isn’t about zombies. It’s about George Romero and the movies that he made that kick ass and don’t feature a single zombie. Romero is a pretty progressive filmmaker and following Night of the Living Dead, it never occurred to him to go back to zombies. Dario Argento played a huge role in his return to the theme and a trip to the Monroeville Mall in Pennsylvania sealed the deal and in spite of two sequels, he always seemed to be outrunning his own beast while trying to make movies that were equal parts fun and subversive. so without further adieu, here are some movies you’ve probably never seen because you’re too busy watching Dawn of the Dead for the thousandth time. And you call yourself a Romero fan!
The Crazies, 1973 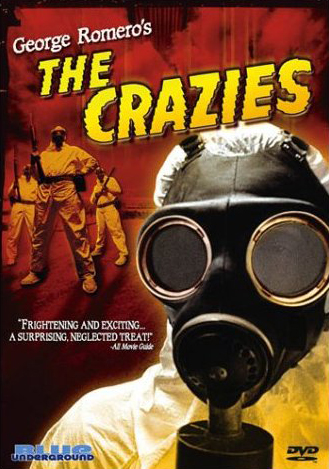 Yeah, yeah, I’m cheating a bit here, but only a little bit. The Crazies is being remade right now into a feature that will probably suck as most remakes tend to do so you’re advised to seek out the original picture. The Crazies, for those who don’t know, bears a lot in common with Night of the Living Dead, pitting a few survivors against a mob of bloodthirsty killers, but the difference here is that the mob in The Crazies is very much alive and shares more in common with the rage-infected monsters of 28 Days Later than anything else. But where Romero’s zombie survival movies have a tendency to focus on the survivors and their trials, The Crazies weaves in a wild plot of government cover up as the entire movie hinges a government bioweapon that is accidentally turned loose on rural Pennsylvania. It tends to lack the depth of character that Romero’s zombie pictures feature so prominently but it is home to a dimension that is rarely revisited in other Romero pictures. The Crazies is often dismissed, even by Romero fans, for being a little too close to Night of the Living Dead and zombie fans often complain that there isn’t enough zombie in it for their liking. It’s their loss. The Crazies is quite good and is a step on the path as Romero came into his own as a filmmaker. 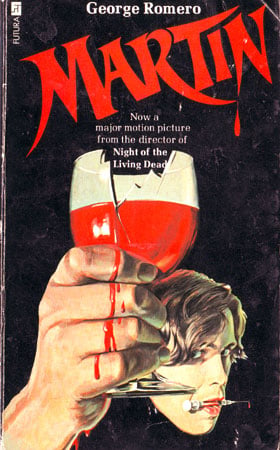 Martin, 1977
If I had to choose a favorite non-zombie Romero picture, this is it and it’s a theme that I wish George would return to. The titular Martin is a young man who may or may not be a vampire, sent to live with his uncle whose old-world superstitions lead him to treat Martin as though he is a real vampire. Martin’s situation leaves him feeling alienated, coping with bloodlust that may be real or the result of family conditioning. It’s a moody, desperately sad picture that tears the entire vampire myth down into its component parts and lays them on the table, clearly labelled for your examination. Martin, though a predator, is written to be the most sympathetic killer in Romero’s filmography. The ending, though not unexpected, and totally appropriate, still comes on like a punch in the somach. This is easily the path Romero was trying to take with his career before Dawn of the Dead would remap that route. Romero, himself, has said that this is his favorite film and is also the first time that he would work with stuntman/makeup effects legend/douchebag supreme Tom Savini.
The Dark Half, 1993 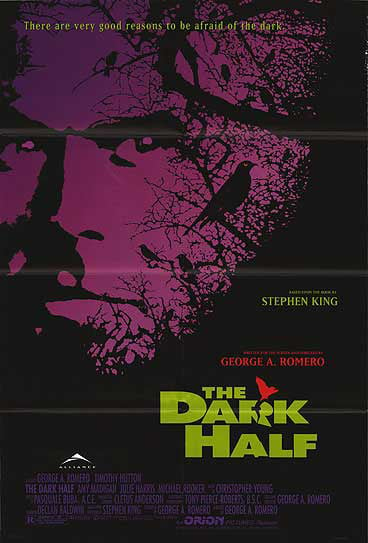 The Dark Half is an absolute sleeper that came and went like a flash. It also marks more evidence that Romero’s career has been dragged down by poor distribution, either by his own unwillingness to compromise in the face of the MPAA or the companies that often sign to put his movies in theaters. Like The Crazies, The Dark Half was killed by money problems at Orion Pictures and without much fanfare, it was released and then removed from theaters, barely  making back 2/3 of its budget. The saddest part is two fold. It would be the last feature Romero would make for ten years and it’s not a bad movie! It’s actually pretty good! Romero and author Stephen King had an existing relationship with their collaborations on the Creepshow movies but this would be the first King novel he adapted to screen as opposed to anthologies of short stories. Given the rocky reputation that King adaptations have, in comparison to their source material, Romero’s script is really quite close to the book. It’s a remarkable movie on so many levels and marks an upward trend in Romero’s output, recovering the snorefest that is Monkeyshines.
Given the nature of The Bodycount, it would be unfair for me to even so much as mention Knightriders, the strangest possible follow up to Dawn of the Dead that you can imagine, as though Romero immediately felt bad for having fallen back on territory that he had already explored in Night of the Living Dead but, like There’s Always Vanilla, Knightriders is a picture that tends to be swept under the rug as though most fans are trying to forget it. It’s a noble picture, though. There’s Always Vanilla is often ignored because it’s a piece of shit but Knightriders is a picture that is just misunderstood, as though Romero was trying to illustrate his personal creed through a jousting biker movie.