When I start an article off with a title like “What Killed Final Fantasy”, I can only assume that some readers will agree that it’s dead and be intrigued, some readers will be offended at my insult to their favourite gaming franchise, and the rest will be Square Enix’s current demographic: the artistically blind. Final Fantasy is arguably the most famous JRPG franchise on the planet and it got there with amazing and groundbreaking storytelling. These stories stuck with me throughout my life and inspired me at a young age to get into writing so I may create worlds as colourful and interesting as that found in an early Final Fantasy game, not to mention the music also inspired me to learn piano. It goes without saying that the Final Fantasy franchise was pretty influential and the story of its demise has a few angles: in some ways it’s seen as a story of corporate villainy while from another view it’s a simple story of one man’s big mistake, but the crux is that a beloved franchise suffered from a bunch of behind the scenes bullcrap. 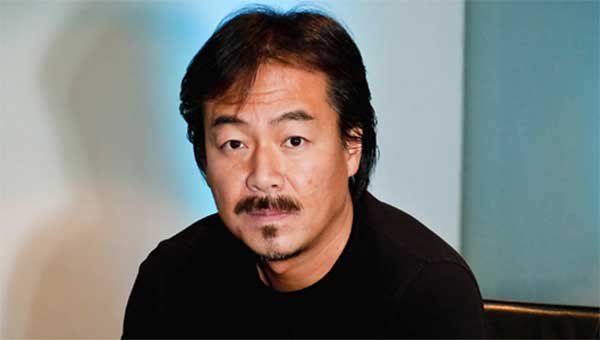 This story starts with our beloved protagonist: Hironobu Sakaguchi. It’s 1987 and Sakaguchi is currently the Director of Planning and Development at a company called Square Co. In the last year Square developed a bunch of horrible games (where Sakaguchi worked on their design) for the Nintendo Famicom (or Nintendo Entertainment System: NES) like King’s Knight and Rad Racer. Square Co has only been an independent company for about a year and it’s already on the brink of bankruptcy so they approached Sakaguchi and asked him to make them a game to save the company. Sakaguchi recognizes his talents lie in storytelling so he decides he’s going to work on his magnum opus which, if successful, will save his career and continue him on the path of video game development or, if not, will fail and he’ll go back to university: luckily for him it was the former that transpired.

To lament his situation he called his game Final Fantasy (clearly by the name he wasn’t expecting fifteen original sequels and countless spin-offs). Because of the success of the original, Square asked Sakaguchi to make another one, and so he did. Over the next decade Sakaguchi made Final Fantasy’s II through to IX (he also worked on FFX as an executive producer) and they were all incredibly successful. His work awarded him great levels of respect among the industry; he was appointed as head of Square L.A., Inc (now Square USA, Inc) in 1995 and won the Hall of Fame Award of the Academy of Interactive Arts & Sciences in 2000. In 1997 he moved to Honolulu to work on making a Final Fantasy movie for Square Pictures. Final Fantasy: The Spirits Within (2001) was a box office bomb that went way over budget and ultimately lost the company over 90 million dollars. Sakaguchi screwed up but can you really blame him? He’s a designer and storyteller not a businessman. He has stated in interviews that he hated the business side of Square and that they got way too obsessed with the money-side of entertainment. The purpose of Square Pictures was to create a ‘cycle of creativity’ where games inspired films that then inspired games and so on; little did they know that film adaptations of video games are toxic by their very nature: who want’s to watch a movie of something that they can actually play and be a part of themselves. To their credit The Spirits Within is actually a good movie, but that opinion fluctuates through the critics. To take responsibility for the loss Sakaguchi resigned his position as Vice President and took up the title of Executive Producer, and Square sold an 18.6% stake in the company to Sony in an attempt to recoup some of their losses. Later Sakaguchi would leave Square and take a bunch of employees (including Nobuo Uematsu: composer for the Final Fantasy series) with him to form a development studio called Mistwalker. Meanwhile, Square Co, with new president Yoichi Wada (the antagonist I guess), merged with the Enix Corporation in 2003 and turned into Square Enix. 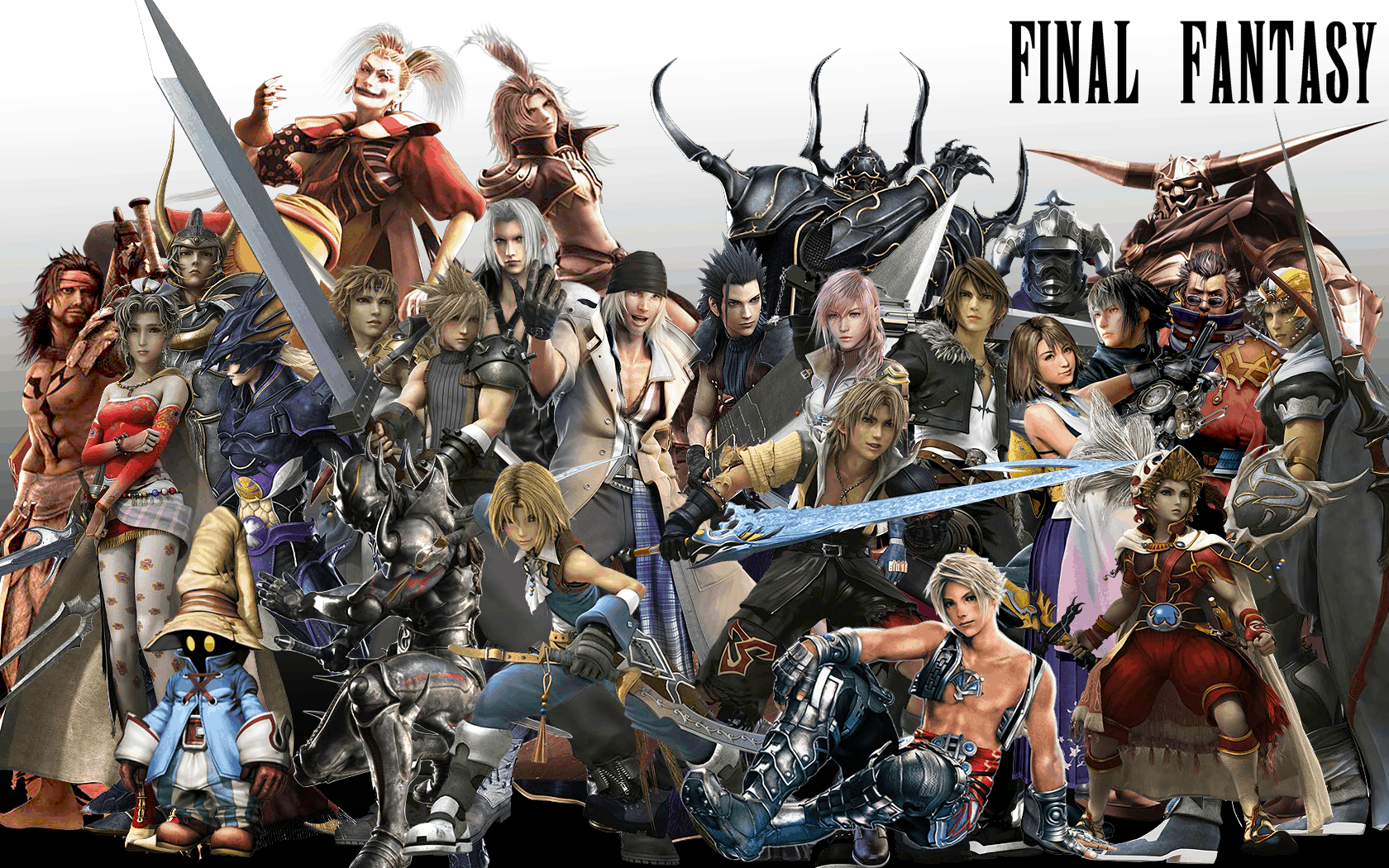 The Enix Corporation (responsible for Dragon Quest) was a massive game company at the time (bigger than Square) but they didn’t know how to control their IPs and they had no presence in America, which is what Square brought to the table; also, they had Final Fantasy which was a stable moneymaker. With the merger came a new business model: a model where they exploit highly profitable franchises and reuse a lot of already established assets following the success of Final Fantasy X-2. Now FFX-2 is a horrible game, sure it can be fun in places but the writing is a spit in the face of the original franchise. Uematsu briefly described the development process of the original Final Fantasy’s in an interview with 1UP and he says they treated every Final Fantasy as a birth of some great product that they believed in and that if they made money it was great but that definitely was not the main focus (I’m paraphrasing). Square Enix took a franchise that was once a bastion of artistic integrity and milked it dry developing countless plain and boring spin-offs that just appear soulless next to the body of work Hironobu Sakaguchi laid out before them and because they bear the name of Final Fantasy the masses rush to the stores whenever they’re released: so they got what they wanted I guess (the company is actually worth less than it was after the Square Pictures debacle though so that’s kind of funny; the faint laughter of their previous president, Hisashi Suzuki, can be heard in social media). In 2001 Sakaguchi stated that Square‘s goal was not to become too heavily dependent on the Final Fantasy name, then he left and Square Enix did just that, now Final Fantasy is bereft of capable storytelling and the company is no better off despite all the money the got from the Enix Corporation. 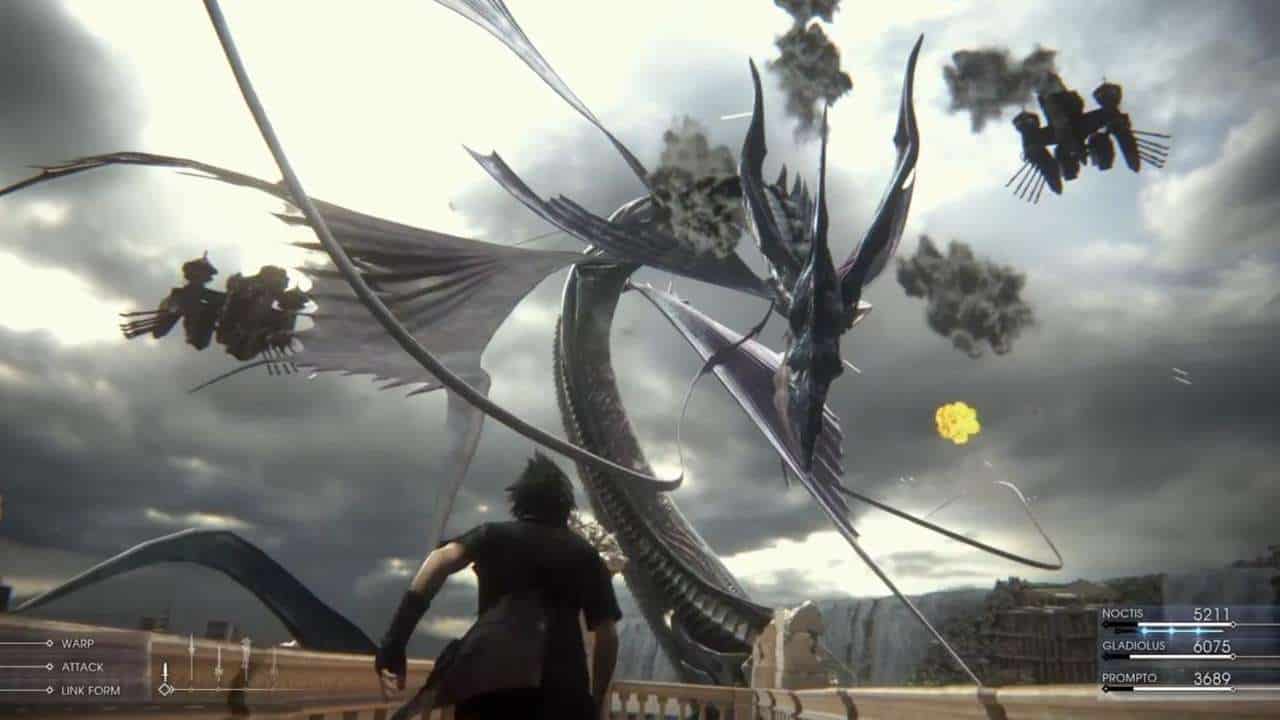 There are people that defend the new Final Fantasy titles as being ‘not that bad’ but I don’t think there’s a person alive that argues that they stand up to Sakaguchi’s originals. In my opinion it has turned into what I call a “tick-box franchise”, meaning they just tick all the boxes to make it look it like a Final Fantasy to audiences and don’t actually attempt to make anything interesting: the dark and brooding character, tick; the kooky, comic-relief character, tick; the anti-religious undertones, tick; the over-complicated world building, tick; you get the idea. Given everything that’s happened it’s surprising the new games are as good as they are. I’ll admit there’s some fun to be had in FFXII, XIII, etc but what makes them fun doesn’t come from anything unique or groundbreaking, instead it comes from already established ideas that have proven to work in the industry like the change from random encounters to seeing your enemy before you fight them or more action oriented battles. Instead of being pioneers of the genre with an emphasis on good characters and storytelling they’ve turned into followers, mindlessly drudging through motions. There’s a reason Square Enix keeps releasing old Final Fantasy titles on new platforms and it’s because they’re stuck with a franchise too good in the absence of its creator: Hironobu Sakaguchi. What killed Final Fantasy? the emancipation from its father and an influence of greed. If Sakaguchi came back would Final Fantasy come back to life? Maybe. His latest RPG’s (Lost Odyssey and The Last Story) weren’t bad but they were nothing spectacular: they definitely have more soul than current FF titles. I’m not sure if he would want to go back. The thing is he’s already made amazing titles that will always be great and will continue to inspire people into the future. Final Fantasy is better off dead; too bad it’s now a zombie that proceeds to tarnish it’s own name.